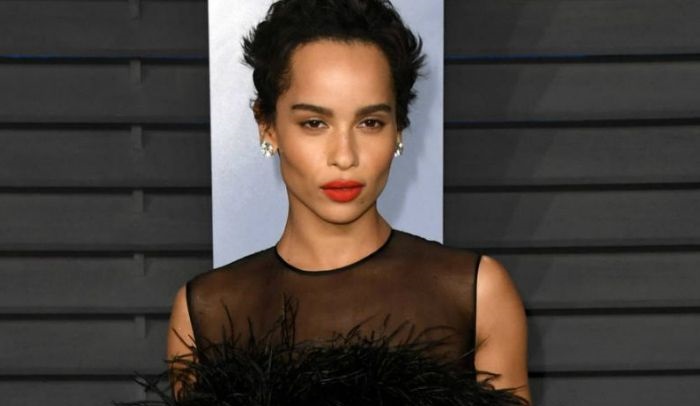 Zoe Kravitz is a known actress, model and a singer from the United States. She was known since her birth, because of her famous father, Lenny Kravitz who is a legendary musician and her famous mother, an actress called Lisa Bonet. She made her debut as an actress back in 2007 with a film named „No Reservations“.

Although „No Reservations” is her first role her breakthrough movie was „X-Men: First Class” where she had a role of Angel Salvadore, a mutant with wings in 2011. After that, she got roled in Divergent and it’s sequels and in Mad Max: Fury Road. She also had a lot of smaller roles in Fantastic Beasts and Where to Find Them and The Lego Batman movie. She also had a lot of roles in other independent movies like Aladdin by Adam Green and Dope.

In 2017 she got a role on a famous HBO drama series called Big Little Lies.

She was the face of a fragrance from Vera Wang called the Princess Fragrance in 2009. She also did modeling for Elle, Venus Zine and a lot more.

Because of her dad, she is also really passionate about music and is a frontman of a band called Lolawolf. They released their first debut album in 2014 by the name Calm Down. Since then they have toured with a lot of celebrities like Miley Cyrus and Lily Allen.

Zoe was born on December 1st in 1988 in Venice, located in Los Angeles in the state of California, United States. Her full name is Zoë Isabella Kravitz and she was born in her parents home. Both Lisa and Lenny are of African-American descent and also have a half Jewish origin.

Her mother Lisa Bonet and her father Lenny Kravitz got married in 1987. Unfortunately, they decided to split up and file for divorce in 1993. At that time she was only five years old.

After the divorce, she stayed with her mother and but after some time they decided that Zoe should stay with her father for a while because she had missed him a lot.

She relocated to Miami when she was eleven and stayed with her father there for a while. She would be with her mother only in summers.

Zoe has a half-sister that is younger than her and she is called Lola Iolani Momoa, and she also has a half brother Nakoa-Wolf Manakauapo Namakaeha Momoa. Those half-siblings are from her mother’s second marriage.

Lisa married Jason Momoa, a famous actor most known for his roles in Game of Thrones and Aquaman.

Zoe’s godfather is Bruce Cohen, a movie producer, and her godmothers are Cree Summer and Marisa Tomei.

She educated herself first at the Miami Country Day School. After that, she continued to do so in Rudolf Steiner School located in New York. She became their graduate in 2007.

In 2007 she started to study in the acting conservatory located at State University of New York.

After only a year she left it and went to live in Brookly so she could work in films.

Her high school years were a very hard period of her life because she struggled with an eating disorder at that time, and continued to struggle with it until she was about 24 years old.

Zoe got her first role when she was in high school. She was playing a babysitter in a romantic comedy called „No Reservations” from 2007. The same year she appeared on „The Brave One“.

A year after she was in a music video for a song called „I Know“ by Jay Z and was also singing a little in will.i.am’s video for a song „We Are the Ones“ in which he showed his support for Barack Obama.

In 2008 she was also in „Assassination of a High School President“ and „Birds of America“.

A year later she was in a drama called „The Greatest”.

In 2010 she was in „It’s Kind of a Funny Story“, which is a comedy-drama movie directed by Boden and Fleck, based on a novel from 2006. She has also made an appearance in „Twelve“.

She was also in a romantic comedy called „Beware the Gonzo”, directed by brian Goluboff.

Zoe acted in a film called „Yelling to the Sky” which was released in 2011. She was also in 8 episodes of „Californication” that year. She had a role of Pearl, a vocalist of a band, in it.

2011 was a big year for her because she also played a role in a movie called „X-Men: First Class”. She was playing a mutant with wings called „Angel Salvadore” and had to do a lot of stunts, including wirework, for this character to fly.

That same year she filmed a movie that was titled „Treading Water“, but it was released two years later and the title was changed into „The Boy Who Smells Like Fish“.

In 2014 she played a role in Divergent, a very famous fiction movie. She was playing Christina in it. She was also in the movie’s sequels, Insurgent and Allegiant.

She also had a cameo in Fantastic Beasts and Where to Find Them, which is a spin-off of Harry Potter. There, she played Leta Lestrange.

In 2017 she was in a thriller „Gemini“, a comedy „Rough Night“ and in The Lego Batman Movie. She voiced Catwoman in it.

In 2017 she started acting in an HBO series called „Big Little Lies“. There she plays Bonnie Carlson, a mom who has issues after pushing an abusive husband of her friend to protect her, and with it killing him.

In 2018 she was also in a film called „Kin“ and in „Fantastic Beasts: The Crimes of Grindelwald“ where she played Leta Lestrange again, but this time had a lot more screentime.

The same year she was on BBC Children in Need with her co-star Eddie Redmayne.

Some of the movies she will star in the future are the Fantomes and Viena, along with Black Belle.

Zoe also modells for magazines like Elle, French Jalaouse and Venus Zine. She has been on a lot of magazine covers and it brought her recognition as well as great revenues.

In 2013 she collaborated with Swarovski crystal company and made her line which soon became very popular and had great sales.

In 2015 she became the face of Alexis Bittar’s jewelry line. She is personally a big fan of great jewelry.

In 2018 she was on the list of the best-dressed women of the year by a webpage called Net-a-Porter.

Zoe began her music career when she was only 16. She formed a band in 2009, and it was called „Elevator Fight“. In 2009 they performed on the South by Southwest music festival and at the Roots Picnic located in Philadephia.

She was also performing with The Citizens Band.

While she was filming „The Road Within“, she started a band called Lolawolf. It was made from the members of a band called Reputante. In 2013 they released their EP.

The name of the band was made from the names of her siblings, Lola and Nakoa-Wolf.

In October of 2014, they released their debut album and called it „Calm Down”. They also performed at Lily Allen’s and Miley Cyruses shows.

In June of 2015, they released another EP that consists of five tracks and is called „Every Fuckin Day”.

In 2018 she was featured in a song by Janelle Monae called „Screwed“. It was on her album called Dirty Computer.

She was also on Rae Sremmurd’s album called „SR3MM“ in a track called “Anti-Social Smokers Club”.

She has a song devoted to her two-year-old self on her father’s album. It is called “Flowers for Zoë”.

She had dated many men through her life. In 2007/2008 she was in a relationship with an actor Ben Foster.

It was rumored that she dated a german actor Michael Fassbender in 2010 and 2011.

She was in a short relationship with Noah Gabriel Becker, the son of a famous tennis player Boris Becker.

She had a one-year-long relationship with Chris Pine, who was also an actor.

She even dated a rapper named Asap for a short period in 2015.

In 2016 she started a relationship with Karl Glusman, an actor. They were together since and got engaged in February of 2018. They married each other in June of 2019 in Paris, at her father’s home.

Zoe was supporting Bernie Sanders in the presidential election in 2016.