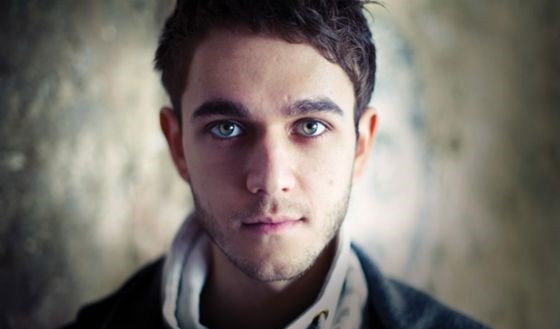 Anton Zaslavski is a Dj that produces and makes songs and he is originally from Russia and Germany.

He was born in Russia, in a town called Saratov. Anton says he loves Russia and that he always looks back to his origins, although he didn’t actually grow up there.

He spent his early life in Kaiserslautern because his family had to relocate when he was just a few years old. They were Jewish and they found  it better to live in Germany.

Zaslavski had been musically trained since he was very young because both of his parents were into music.

His mother was a piano instructor and his father Igor was a guitarist.

Like mother, like son, he learned to play the piano as soon as they moved and he got one. Later he managed to learn to play drums too.

His brothers Arkadi and Daniel were always very supportive of him and made him pursue his dreams when he was feeling like he couldn’t make it.

In 2002, Anton joined Dioramic, a German band that was making songs in extreme metal genres. He was producing and this way he got himself a contract with Lifeforce Records.

After listening to electronic music, he realized that he wants to get famous by producing it. He then became „Zedd“ and started to break into the world of music.

In the beginning, meaning 2010, Anton wasn’t making songs for himself. He produced songs for singers such as Justin Bieber, The Black Eyed Peas and Lady Gaga.

He won a few contests in remixes in 2010 and decided to finally publish his first original „The Anthem“. The song managed to get on top of a chart about electronic music, which Zedd didn’t expect since he wasn’t famous at all.

Anton remixed Skrillex’s songs and made his way to the charts again.

Zaslavski says that he always uses Cubase, a software for making electronic music, to make his songs, but he also uses plug-ins and real instruments sometimes.

In 2011, Zedd got pretty recognized after Lady Gaga put his remix of one of her songs on her very album. Anton says that it was a huge shock for him.

After making a deal with OWSLA records, he published a new song called „Shave It Up“.

2012 was a big year for Zaslavski since he made another deal with another label house, this time Interscope Records.

He later published „Spectrum“ which he made with Matthew Bair, who was also working with Interscope back then.

The song made it to the Billboard’s charts of best Dance Club Songs.

He wrote a song called „Beauty and a Beat“ for Justin Bieber and it was released in his studio album under Anton’s credits too.

After so much hard work for others, he finally made his own studio album. It was called Clarity and it featured many other artists too.

Zedd later worked with Namie Amuro and he made her a song called Heaven. He also helped her later, but none of those songs appeared on the album.

When he found out that Paramore’s Hayley Williams wants to make a song with him, he instantly came up with a great hit called „Stay the Night“. In the autumn of 2013, the song was published and gained all sorts of critics.

During later years of his work, he produced „Break Free“ for Ariana Grande, „G.U.Y.“ for Lady Gaga, „Find You“ for his old friend Matthew Bair and many more.

Anton then decided it was time for a break that lasted about six months.

During that time, he was making his second album called True Colors.

It featured Selena Gomez and their song „I Want You to Know“. The song was soon number one on many charts due to its great beat and meaningful lyrics.

He also made a single with Jon Bellion and „Papercut“ with Troye Sivan, a famous alternative young singer.

Anton performed on CMT Music Awards and he found his peace in the loudness of the crowd, as he says.

His tour lasted from August to November of 2015 and it was a world tour where he visited capitals of all continents.

In 2017 he made it to a list of Coachella artists. It’s a big thing to perform on Coachella since many great artists are there too and that’s a perfect opportunity to make a collaboration.

Zedd later came up with Candyman and Starving, a song with Hailee Steinfeld.

One of his personal favorites is „Ignize“, a song that he made for League of Legends during his collaboration with this gaming company.

His latest collaborations were with Alessia Cara and Liam Payne, both very popular and very succesful young artists. The songs became huge and Zedd’s popularity is only growing from now on.

Anton doesn’t share a lot about his personal life and he says that he always tries to keep those things very private.

However, his only known girlfriend is the famous Selena Gomez he dated in 2015 when they were making a song.

Zedd expressed his wish to collaborate with Adele, The Weeknd and even the big Ed Sheeran.

One of his favorite hobbies is playing playstation since he loves video games he played as a kid.

He said that he finds role models in Radiohead and that he absolutely loves the fact that they are so uniquer.

Anton thought he would be a professional pianist when he was a child since he loved playing the piano and even started to make songs on it.

Zedd attended Lady Gaga’s tour which he opened with a remix of one of her songs. The thing is, Anton is very thankful to Gaga for making all of this possible.

Zedd is a young upcoming producer from Russia whose estimated net worth is unbelievable, $35 million.