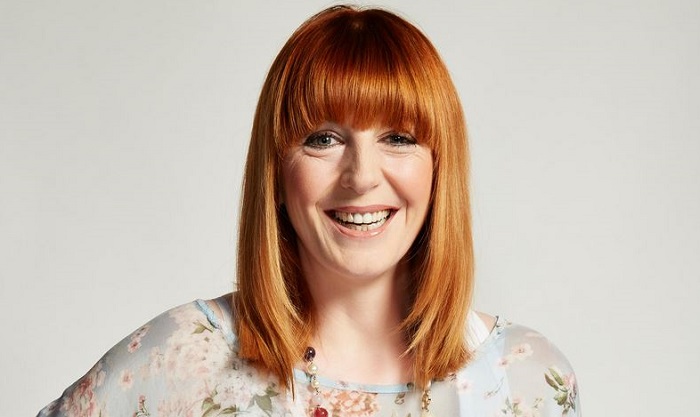 Yvette Fielding is a TV host, an actress and a producer from the United Kingdom.

When she was only 18 she started working on Blue Peter. She was so good that one of the episodes she made was voted as the favourite moment in this show.

She was often making a series about paranormal activities, like the Most Haunted series she did on the Living channel.

She also did “Ghosthunting With…” series that was popular. She also made her appearance in a lot of other series.

Yvette was born on September 23rd in 1968 in Manchester located in England, UK. Her full name is Yvette Paula Fielding.

She spent her childhood in Bramhall where she also educated herself. She went to the Pownall Greeny Primary School and after that to Bramhall High School.

After that, she went to Hillcrest Grammar school, Stockport Convent and also Davenport college and Dane Bank college.

In 1983 she made her debut in the industry. She was cast for BBC children series called “Seaview”.

She played the role of Sandy Shelton, a teenage girl and the main character of the series.

This show had two seasons and brought Yvette a lot of fame amongst the younger public.

Yvette made an appearance in Juliet Bravo after the success of her series.

Yvette also had a role in “Last of the Summer Wine” while she was being a host for Blue Peter.

She also got her first award in the field at that time. It was the SOS Award for the Most Popular Woman on Television.

Some of the other contesters for that title were Kylie Minogue, Cilla Black, and Victoria Wood.

Although she has left the show, she was voted for the Favourite Blue Peter moment. It was for a rollercoaster journey she and her fellow co-presenter Mark Curry had.

She presented for Blue Peter for 5 years and after that started hosting for “What’s Up Doc?”, again children’s show but this time on ITV.

This series went on for three years and with it, some older children found out about her work.

In 1995 she decided it was best for her to go and seek a job that includes presenting for an older audience.

She started presenting for BBC shows like The General, The Heaven and Earth Show and also City Hospital. She was also working for Challenge TV.

A year later she returned to kids programs and made two episodes for a series “Byker Grove”. She was Samantha Fuller on it.

In 1998 she started appearing in “Under Offer” with Royah Willcox and Fred Dinenage. It was iring on the Meridian Television and she was doing it until 2000.

In 2004 Yvette got the title of “Multichannel personality of the year”. She got it on the Variety Club Showbusiness Awards.

A year later she was in Their Eyes, an ITV Celebrity special where she was with a famous singer Annie Lennox.

She was also on The Wright Stuff on Channel 5 in the same year. She even guest appeared on that show in both 2008 and 2009.

In 2005 she also guests appeared on a show called “Never Mind the Buzzcocks”.

Yvette was on another chat show by the ITV called “Loose Women” in 2017. The same year she was also on “Deadline” as one of the contestants. She was second in this competition.

In 2008 she appeared on “Celebrity Mastermind”, a BBC quiz. On this show, she chose Henry VIII as her specialized subject.

Yvette made a documentary for Living and it was titled “Yvette & Karl” where she showed her life with her husband Karl Beattie.

This documentary aired in November of 2008. A year later they made a sequel and titled it “In Bed with Yvette & Karl”.

This one aired in January of 2009. It talked about Yvette’s operation and how she recovered from it.

In October the same year, they made another documentary titled “Yvette & Karl: Life begins at 40”.

From February to March that year she was on Saturday Night Takeaway on the ITV1.

In May she again appeared on The Paul O’Grady show and after that made an appearance on Friday Night with Jonathan Ross.

In May she was on the spin-off show titled “Britain’s Got More Talent” that aired on ITV.

In November she was one of the contestants on “Come Dine With Me” and she got to the third place.

In 2010 she was on Channel 5 for the Justin Lee Collins: Good Times.

A year later she was on “Eggheads”, a quiz show on BBC Two.

In 2002 Yvette and her husband made their own production company and they named it “Antix Productions”.

Their first project was a series “Most Haunted” they did for the Living, a television channel. In this show, Yvette and experts investigate some of the spookiest allegedly haunted places in Britain in the hope of documenting these paranormal activities.

The audience liked that show and it is still today one of the highest-rated shows for Living.

In 2006 they made a similar show for ITV2 and it was titled “Ghosthunting With…”. In this show, Yvette and some celebrities went around haunted places.

Because of these two shows, Fielding was named as the first lady of paranormal activities in the public.

Because of her investigation fo paranormal, she got a lot of interviews so she guest appeared on a lot of shows like “The Sunday Night Project” that airs on Channel 4, “Friday Night with Jonathan Ross” on BBC One and also on “The Chris Moyles Show” on BBC Radio One

In 2008 she started broadcasting on Kerrang! Radio her program called “Yvette Fielding’s Fright Nights”. It was only for a few months because she had to work on other business.

In 2008 she and her husband Karl made a company “Monster Pictures” for the Paranormal Channel.

In 2009 this channel was retitled to the Unexplained Channel.

In 2009 she made a documentary named “Death in Venice” about ghosts and vampires in Italy.

In 2010 she stopped presenting all of the paranormal shows.

Yvette also co-owns a tea shop in Manchester called “Property”. In 2016 she left this shop to make her own.

Yvette has two children with her husband Karl Beattie with whom she got married in 1999.

They all live in Sandbach in Cheshire. She loves cars a lot and owns Aston Martins, Rover’s, a London Taxi, Porsche’s and so on.