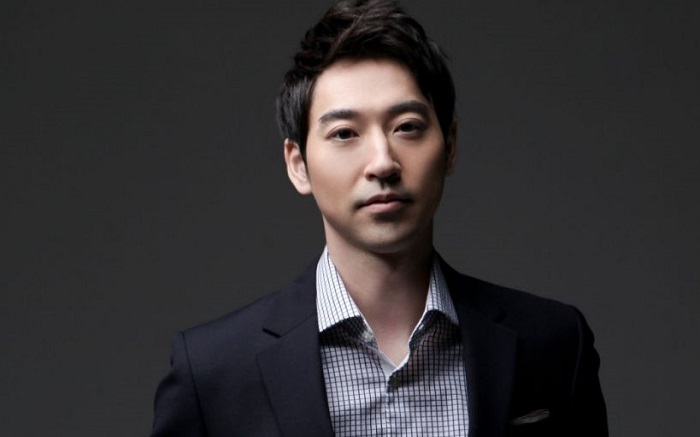 Yiruma is the stage name of a South Korean pianist and a skilled composer whose real name is Lee Ru-ma. He is one of the greatest Asian music makers and he has been growing more and more famous lately as well.

He perfected his skills of a pianist in London so he also had British citizenship for a while.

He is mostly known for his huge hits “River Flows in You” and “Kiss the Rain”. These have not only appeared on many TV stations, but they are also perfect for many movies and games.

He is very respectable in his country and his concerts are always sold out. He is not only popular because of his work in his country, though. He has been touring the world more and more lately.

Yiruma was born as Lee Ru-ma on February 15, 1978, in the capital of South Korea and an important county center named Seoul.

He was only five years old when he showed interest in music and his parents bought him his piano and Lee started having piano lessons. They were very happy when they saw he was a natural talent.

Music is very appreciated in South Korea so his parents were very happy that he showed interest in it as just a little boy.

In 1988, he moved to the city of London because he was recognized as a huge talent and started studying music in a specialist children music school called Purcell School for Young Musicians.

Yiruma has two sisters named Yiruda and Yiruji with whom he enjoys spending time.

When he was 18 years old he was selected to be one of the performers who recorded their work on the schools’ album named “The Musicians of Purcell”.

He graduated from this school one year later, in 1997, and continued to brush his piano skills. He entered King’s College in London and gained a degree in Composition in 2000.

To manage all these things he was given British citizenship when he was very young and entered the United Kingdom.

By that time he had already written many of his compositions and was trying very hard to become a professional composer. He was trying to get his pieces worldwide recognized as well, but it was more than fame: he loved his job.

It was during his studies at this college that he released his debut album which he named “Love Scene”. He was highly motivated by his teachers who recognized him aa a potential star and who were very proud of his abilities.

Also during his time in college, he began touring through Europe alongside many other artists from that school.

Yiruma liked going on tours because he liked connecting to his fans and getting to know all the cities his tour visited.

In 2002 he was honored with an invitation to MIDEM, the most significant international music event intended for key players, where he brilliantly performed all the classical compositions but also his compositions he made himself.

This was a huge thing for him since he was the first South Korean to be invited to this event.

He earned his invitation to this event because of his biggest hit album called “First Love” which was released in 2001 and which caused him to become one of the biggest piano stars.

This was his 2nd album and was released by STOMP Music and Sony. “River Flows in You” was a big hit from this album and he re-released the song in his other albums multiple times, not only in the original version but also in variations.

In 2003 Yiruma has released his new album, his 3rd in a row, and it was named “From The Yellow Room”.

This album was also a very big hit album and it came to the top of many music charts. He continued his concerts by making a big tour in Korea which finished with the last concert in Seoul.

“PoeMusic” is the name of his 4th album which was released in 2005. In 2006 he made a major project: he composed a theme for a South Korean TV series which was aired on KBS.

He started getting more and more projects and he began making a lot of music and soundtracks for various movies, musicals or plays.

He wanted to join the Korean Navy in 2006, just like every man from South Korea,  so he gave up his British citizenship to serve in the military. South Korea is strict in this and it can not be missed by anyone unless they have a medical condition.

Some Korean celebrities missed the military service after bribing military personnel or through military fraud. He didn’t want to miss it or to cheat his way out of it.

It is also known that Korean men who go to the military service can receive extra points for their service.

After finishing his military service he went on a new tour called “Yiruma Comeback Tour” which held all over Korea. In 2009 he started working as a DJ on KBS1FM.

Yiruma objected to the court for it and the court eventually approved hum selling his music.

In 2016, Yiruma began his tour across the United States called “Spring Rain Live”. He visited New York and Los Angeles on this tour.

He works for Munhwa Broadcasting Corporation which is one of the biggest South Korean TV companies. His music is said to be a mix of contemporary classic and new-age music.

Yiruma doesn’t like to be called a new age artist because he is very spiritual and is a Christian by religion.

It can be heard through one of his compositions called “Lord… Hold My Hand”.

His last album was released in 2017 and it was named “Frame”.

In 2007, he married his girlfriend Son Hye-Im and gained a daughter one year later. Her name is Loanna Lee.

Son Hye-Im is also a celebrity in Korea since she was Miss Korea. She also plays the piano and he was very happy after they met and he discovered that she is also a musician.

He hopes his daughter will also have a talent for music and will continue his parent’s steps.