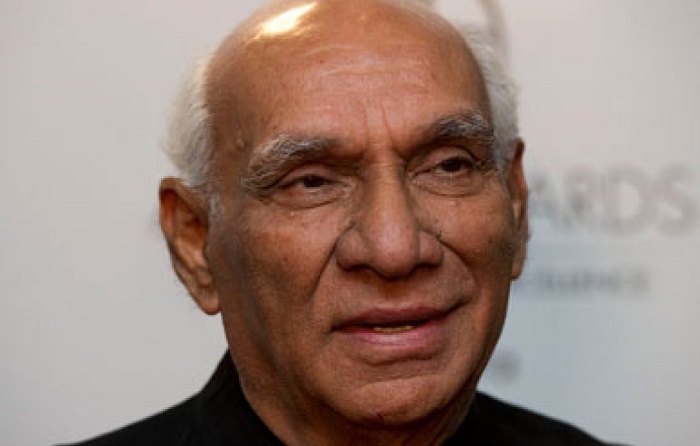 Yash Chopra was known as one of the best Hindi movies director and producers who passed away in 2012, after decades of hard work and monumental movies.

He stays well remembered amongst his friends, actors and family.

He has won numerous awards and is one of the rare Indian filmmakers to receive 12 Filmfare Awards for his work. He was honored by the Indian Government for his great work and contribution to Indian film culture.

He was also the first Indian movie maker to become a member of the British Academy of Film and Television Arts.

He said that one of his dreams that used to seem very impossible was the dream of becoming known worldwide, not just for Hindi movies – and he did it.

Yash was called “King of Romance” because he shaped a part of Hindi cinematography involving romance – romantic dramas.

He made the most important romantic movies in the period of 50 years.

He was born as Yash Raj Chopra on September 27, 1932, in the city of Lahore, located in Punjab in British India.

His father worked in the district’s administration and his mother was a home keeper. He had seven siblings and his oldest sibling was thirty years older than him.

His older brother BR Chopra worked as a movie journalist and Yash spent a lot of time in his home where he first fell in love with the movie industry.

After finishing high school he enrolled at the Doaba College in Jalandhar where he eas on his way to earning a degree in engineering. Many people don’t know this about him, but he was actually a fantastic student!

He wanted to pursue his career in that area but since movies were his biggest passion he decided to give it a try first.

He said that a lot of Indian people study engineering and that he wanted to try to be different from something that he is already good at.

He became an assistant director to Inder Sen Johar, also a director and producer, and later on he helped his brother Baldev in his work.

He said that this was his entry into the world of showbiz and that it was stressful for him because he thought that someone would just fire him and hat his dreams would be crushed like that.

Baldev Raj Chopra was also a filmmaker. The first movie he made Chopra directed with his brother being the producer.

It was a social drama movie named “Dhool Ka Phool” and the movie became a huge success. It was praised by the critics and entered Top 5 Indian movies of the year.

The movie, whose name translates to  “Illegitimate child” starred a lot of great actors like Mala Sinha, Rajendra Kumar, Jeevan and more. Manmohan even received the Filmfare Award for Best Supporting Actor in this movie.

In 1961 he directed “Dharmputra”, a political drama which flopped at the box-office due to demonstrations connected to its script and production. It was then that Yash decided not to film movies about politics.

This movie brought innovation to Indian cinema since Yash did what no director has done before. He hired a lot of movie stars and it brought the quality he desired in a movie.

This movie earned $64 million at the box office which turned out to be a great thing for Yash because it enabled him to continue working with the stars.

The soundtrack of this movie was also praised. He was very happy because he worked very hard to combine all of the needed elements into it.

Four years later he again collaborated with his brother on a Bollywood drama called “Waqt”. The film featured many stars, from Sunil Dutt to Shashi Kapoor and it turned out to be a huge hit. This movie earned Chopra his first Filmfare Award in the category of Best Director.

He made two movies in 1969, both produced by his brother. The first one was named “Aadmi Aur Insaan” and the other one was “Ittefaq”.

“Ittefaq”  was a thriller movie which had moderate success in the cinema.

In 1971, Yash decided to launch his own production house which meant that he stopped collaborating with his brother. He named it “Yash Raj Films” and his first release was a melodrama named “Daag: A Poem of Love”. This 1973 movie brought him his 3rd Filmfare Award.

The romantic drama movie was an adaptation of the novel titled The Mayor of Casterbridge and written by Thomas Hardy.

The star of the movie was Rajesh Khanna who made a huge impression on the viewers and also the critics. It is considered as one of his strongest performances ever.

He also started his collaboration with Amitabh Bachchan, a notable actor who grew to fame through Chopra’s movies like “Deewar” and “Trishul”.

He also made two romantic movies named “Kabhi Kabhie” in 1976 and “Silsila” in 1981. It was always his passion to do these because he always had this idea of a perfect couple in different scenarios and he wanted to give that to the movie scene.

“Kabhi Kabhie” brought him nominations in the categories for the best director and best movie.

The ’80s weren’t successful for him since all the movies he made in this period did moderately at the box-office. His romantic drama named “Faasle” made in 1985 is considered the worst movie of his career.

But things changed in 1989 when he released a romantic musical called “Chandni” which became one of the highest-grossing movies in Bollywood that year, earning almost $30 million.

The soundtrack of the movie was extremely popular. The movie became the most popular movie of the year and received a Filmfare award for it. The soundtrack also gained huge popularity, becoming the best-selling album of the year.

Chandni’s character is played by a famous actress Sridevi, alongside Vinod Khanna, and Rishi Kapoor.

This movie turned out to be in the top 3 highest-grossing movies of the year, earning almost $30 million at the box-office.

In 1991, he directed “Lamhe”, a movie which eventually received 5 Filmfare Awards and was a huge hit overseas. The music from the movie is today considered to be a cult classic.

His 1992 movie “Parampara” turned out to be a failure although a lot of stars acted in it: from Sunil Dutt to Aamir Khan.

His movie “Darr” from 1993 is considered as a cult classic. This musical thriller emerged with a new star, Shah Rukh Khan. He said that he was very happy about getting to produce something a bit different from his usual stuff, but he was still into romantic movies as much as he was before.

In 1997, Chopra released another movie with Shah Rukh Khan named “Dil To Pagal Hai”. It was featured by Madhuri Dixit, Karisma Kapoor, and Akshay Kumar.

The film became a hit and the highest-grossing movie in 1997 earning seven Filmfare Awards. Yash earned the award in the category of Best Popular Film Providing Wholesome Entertainment and in Best Film category.

In 2004 he directed a romantic drama named “Veer-Zaara” with Shah Rukh Khan, Preity Zinta and Rani Mukerji which was premiered at the Berlin Film Festival and earned accolades.

In 2005 he was honored with The Padma Bhushan Award which is one of the highest civilian awards in India. He was very proud of receiving such an honor and his fans praised this decision because Yash left a big mark in Indian cinematography.

His next release was Jab Tak Hai Jaan with Shah Rukh Khan but the release of the movie turned out to be a few months prior to his death. He died of dengue fever on October 21, 2012, in Mumbai. He was 80 years old.

As for his personal life, he got married to Pamela Singh in 1970 and had two sons with her. He said that she was his first true love and that he was so happy to marry her that he felt like a celebrity.

Pamela Singh was born in 1938 and she made a career as a Bollywood playback singer.

Due to her husband’s work, she helped him to write movie scripts and produce several films. She was by his side most of the time and gave him many ideas, and he mentions her a lot whenever someone asks him about his motivation.

She sang in a lot of her husband’s movies but appeared only once in them: at the beginning of a movie called “Dil To Pagal Hai”. She was featured in it together with her husband and it was a new, fun experience.

Their names are Aditya Chopra and Uday Chopra who both started working in the movie industry, are a form of directors, actors and producers.

They are some of the most famous names of India nowadays because the Bollywood industry has been growing and blowing up.