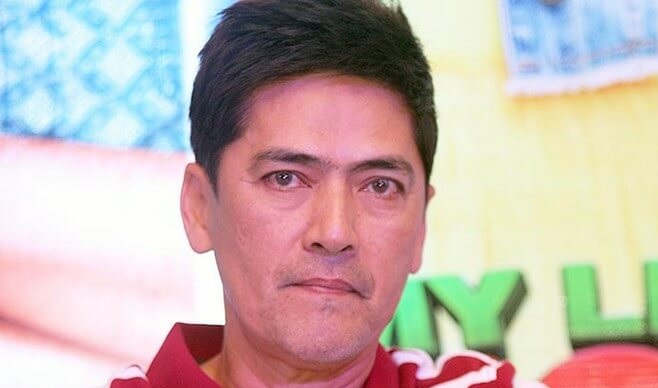 One of the most known names in the entertainment world of the state of Philippines is the name Vic Sotto.

He is a very famous singer, actor and a respectable comedian who shared his skills in various TV series and numerous movies.

Vic is especially popular for hosting a variety show called „Eat Bulaga!“ (which means Lunchtime Surprise in English). This is a noontime show aired on GMA Network which is considered to be one of the state’s longtime variety shows, starting way back in 1982.

Vic is a proud owner of his own production company.

He was born as Marvic Valentin Castelo Sotto on April 28, 1954, in the town City of Manila. This is the Philippines’ capital city and is extremely populated.

Vic was a son of Dr. Herminia Castelo and Marcelino Sotto and he has two more brothers: Tito Sotto who is a politician and Val Sotto who became a singer. His parents are very proud of all the accomplishments of their children.

After finishing high school with good marks and graduation he enrolled in a private Roma Catholic College located in Manila.

The name of the college is Colegio de San Juan de Letran. This college which is lead by a Dominican Order is known for its quality and has been known for educating several Philippine presidents, poets, jurists and other notable professions.

Although he had opportunities to do something else Vic chose to become a musician. He learned to play the guitar very young and he liked folk music the most so he started showing his skills outside his home. He chose to start his career as a singer and a guitar player.

Soon he got an opportunity to become a lead vocal for a disco group called VST & Company. It was founded by Vic himself in 1978 but stayed popular for only two years approximately.

During the 70’s Vic was invited by his brother Tito and Joey to cast in the IBC 13 show called OK Lang. During the time he was in this show he got introduced to Joey de Leon, a famous Filipino comedian who decided to join a comedy trio together with Vic Sotto and his brother Joey.

The trio started hosting „Eat Bulaga!“ show which brought them huge popularity amongst the public.

The two gained popularity through their work in Discorama, a variety show which was aired in the early afternoons.

The show was hosted by Bobby Ledesma and it was highly viewed. Due to their success they were soon invited to join another variety show aired on Philippine TV called „Student Canteen“.

Tito, Vic, and Joey workes as a trio and received good critics for their work. The feedback from the viewers of Discorama was also great although their appearance there was only meant to be once. It was because Discorama was supposed to be canceled but their appearance at that show gave it new chance to continue airing on TV.

The popularity of the trio grew rapidly and significantly after they got hired as comedians and actors in IBC-13 network’s situational comedy show in 1978 titled „Iskul Bukol“. Tito, Vic, and Joey de Leon became statewide popular.

Even the theme song for Iskul Bukol became a huge hit, it was a cover of great hit „All Shook Up“ originally song by Elvis Presley. This was a very longtime sitcom, which eventually stopped airing in 1990.

Vic Sotto’s role in the series was of a good looking student liked by girls and teachers who later became a professor himself.

In 1979, the trio continued breaking records on TV with their new noontime show titled „Eat Bulaga!“ and the rating pf this show went over the roof.

Through the year he had hosted a loto f TV series and starred in many movies. He hosted a TV show called „Call Us Two“ for Entertainment from 1979 until 1981, at the same time he hosted „Eat Bulaga!“.

In 1979 he appeared in four movies. In „Swing it Baby“ and „Rock Baby Rock“ he played himself and in Mang Kepweng he played the role of Tres Dwendes. His 1st solo comedy movie came in 1979 and was titled Mamang Sorbetero.

He appeared several times from 1987 until 1997 in a TV fantasy comedy series called „Okay Ka, Fairy Ko!“, which became so popular that several movies were filmed on the same theme.

A very popular movie was filmed in 1985 and was titled „I Have Three Hands“. It was directed by Luciano B. Carlos and he starred there as a part f their comedy trio Tito, Vic, and Joey.

He continued his appearances in movies a few times a year. From „My Funny Valentine“ in 1990 to „I Have 3 Eggs“ the same year. In 1990 he starred in nine movies.

He did a few in 1991 and continued making a few movies every year in the following period.

From 2001 to 2007 he appeared in a GMA Network’s TV comedy series where he starred alongside Maxene Magalona and Danica Sotto. This series won the Award for Best Comedy show in 2002.

In 2001 at the PMPC Star Awards Vic Sotto was nominated in the category of Best Comedy Actor for his role in this show. The following year he starred in a superhero movie called „Lastikman“, which was based on the same-named comic book. The movie was directed by Tony Reyes and Vic gained the Award in the category of the Best Actor at 2002 Metro Manila Film Festival for his role in the movie.

In 2008 he starred in a Filipino comedy movie called „Dobel Trobol: let’s get Redi 2 Rambol!“. This movie was a huge hit directed by Tony Reyes, It has earned millions at the box-office and Vic Sotto won the GMMSF Box-Office Entertainment Award as the Comedy Box-Office King of the year 2009.

In 2013 he had the lead role in a family comedy movie called „My Little Bossings“which was a huge hit and earned over $7 million at the box office.

The sequel of this movie was made in 2014, under the name „My Big Bossing’s Adventure“.

From 2013 until 2016 he appeared in a TV comedy series named „Vampire ang Daddy Ko“ which was aired on GMA Network.

In the following years, he appeared in several Eat Bulaga“ Specials like „Tara yin Tatay“ and „Panata“.

In 2015 he was a cast member of a romantic comedy movie called „My Bebe Love: #Kilig Pa More“ directed by Jose Reyes which gained good reviews and earned a loto f money at the box office.

As for his personal life he was involved in numerous relationships and has children with different mothers.

In 1982 he got married to an actress, Dina Bonnevie. The pair was together for four years and have two children. Their names are Danica and Oyo Boy. They broke up in 1986 because Vic cheated with Coney Reyes with whom he has a son Vico.

After breaking up with Coney he was with Angela Luz. They have a daughter Paulina together.

His current wife is a co-host of Eat Bulaga! Her name is Pauleen Luna and she gave birth to their daughter Tallitha Maria.