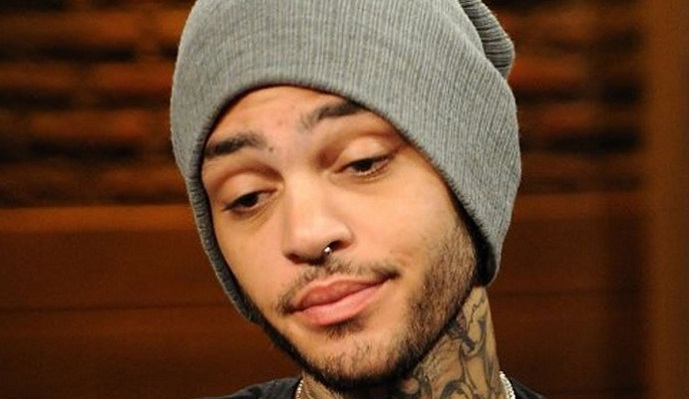 There are many American rappers who are very successful in their careers, but many people haven’t heard of them yet.

One of those rappers is undoubtedly Travie McCoy who has earned big popularity in the recent time. If you still don’t know who Travie McCoy is, then you should read this article because you will find a lot of interesting information about this American rapper.

We will be talking not only about his career, but also about his personal life. Of course, you will get to know what his net worth is, which may help you find out how much money American rappers earn in general.

All those and many other interesting things about Travie McCoy are expecting you in this article, so you shouldn’t miss it.

First you will see a couple of things from the early years of Travie McCoy, which will help you understand why and when he chose his profession.

The first thing we have to tell you is that Travie McCoy was born as Travis Lazarus McCoy, but people know him as Travie.

He was born on August 5, 1981 in Geneva, New York, U.S. He spent his childhood in the city of Geneva as well. The father of Travie McCoy has Haitian ancestry, while the ancestry of his mother is Irish. When Travie was a child he had an accident while being on a skateboard and that’s why he couldn’t practice sport anymore.

Since then he decided to dedicate himself to art and he chose music as the main subject of his interest.

We have also to mention that after the accident Travie McCoy was using a wheelchair for about 4 months or even more.

At the age of 15 Travie McCoy was learning to be a tattoo artist and very soon he was doing tattoos to his friends.

His favourite music bands in teenage years were Earth Crisis and Snapcase, which were very popular bands of hardcore punk music.

It is interesting to mention that while Travie McCoy was in high school, he used to go to Manhattan, New York, in order to take a part in the so called battle raps.

Also, when he was in high school he was playing drums and he decided that music will be his profession.

It is interesting to know that at that time Travie McCoy, together with his father and brother, created a band that had a name True Life Playas. It was actually a rap band, but today Travie McCoy is not very proud of it. He says that this group was not successful at all and that the songs that they made were very bad.

However, a very important moment for the career of Travie McCoy was the meeting with Matt McGinley. They created their own band in the year 1997 and its name was Gym Class Heroes. It was a rap-rock band that became very popular in a short period of time.

It is important to say that the high school that Travie McCoy attended was Geneva High School and after graduating from that school, he was also going to Munson-Williams-Proctor Arts Institute that is located in Utica, New York.

Even though Travie McCoy had good success while attending this art school, he left it when he was 20 and he decided to focus on both music and tattooing.

At the beginning of his career he was an art teacher in Boys & Girls Club during the day, while at night he was a worker at one of the gas stations in his town.

Also, at that time he was working as a tattoo artist. However, very soon he gave up from all those jobs and he decided to focus on art. He earned money by selling his paintings and it was his profession until his band became popular. In the following chapter you will find out all about this band and his solo career as well.

Today he is one of the most popular American rappers and now you will get to know in which way his career has developed and how he has earned such a big popularity.

We have already mentioned that Travie McCoy and Matt McGinley created their music band while they were in high school.

Very soon they included a couple more members in their band and they became popular in a short period of time. Their album As Cruel as School Children has attracted big attention at that time. The most popular single from that album was Cupid’s Chokehold that was on the 3rd place on the popular UK Singles Chart.

Also, this song was on the 4th place on the famous Billboard Hot 100. Other songs of this band are Cookie Jar and Clothes Off and both of them were very popular.

We will also mention the album of Gym Class Heroes band under the name The Quilt. This album was actually their 4th album and it was extremely popular in the year 2008. The 5th and the last album of this group was released at the end of the year 2011 and it had a name The Papercut Chronicles II.

However, after band Gym Class Heroes broke up, Travie McCoy decided to start a solo career. At that time he moved to Miami, Florida and he was preparing new singles. It was the moment when he chose that his official nickname would be Travie. Until that time only his family and friends have called him like that.

The year 2010 was very important for the career of Travie McCoy because in this year he made a single together with Bruno Mars and its name was Billionaire. This single was not popular only in the U.S., but also in Europe.

The first solo album of Travie McCoy was released in 2010 and its name was Lazarus. The most popular hits from that album are Need You and We’ll Be Alright. We will also mention the song Love Me that Travie McCoy made in collaboration with girl group from England known as Stooshe.

It is known that Travie McCoy was using drugs and he was addicted to them from his teenage years.

However, he was going to different detox programs and now he is cleaned from all those substances.

We have also to mention that in the year 2008 Travie McCoy was in prison because he hit someone with a microphone.

He was also arrested in Berlin, Germany when he was painting graffiti on the Berlin Wall.

When it comes to love life of this popular rapper, we have to say that he was in a relationship with Katy Perry and their relationship lasted 2 years. The reason for their separation were drugs that Travie McCoy used, as we have already said.

However, it is supposed that Katy Perry is singing about him in her single Circle the Drain.

Distinctive Features:  Travie McCoy has tattoos on the whole body.

The approximate net worth of Travie McCoy is 9 million dollars and all those money comes from his music career, even though in the past he was working many other jobs as well.

Travie McCoy, whose full name is Travis Lazarus McCoy is a popular American rapper and singer. He is also a songwriter and his whole net worth comes from the music career. The estimated net worth of this popular singer is 9 million dollars.

At the beginning of his career he was a member of the rap-rock band Gym Class Heroes, but later he started his solo career. He collaborated with many famous singers and some of his most popular singles are: Billionaire, Cupid’s Chokehold, We’ll Be Alright, Rough Water, Ass Back Home, etc.

Undoubtedly Travie McCoy is very popular nowadays and you can join him on social networks. If you love rap music, you will certainly like to listen to the songs of Travie McCoy.