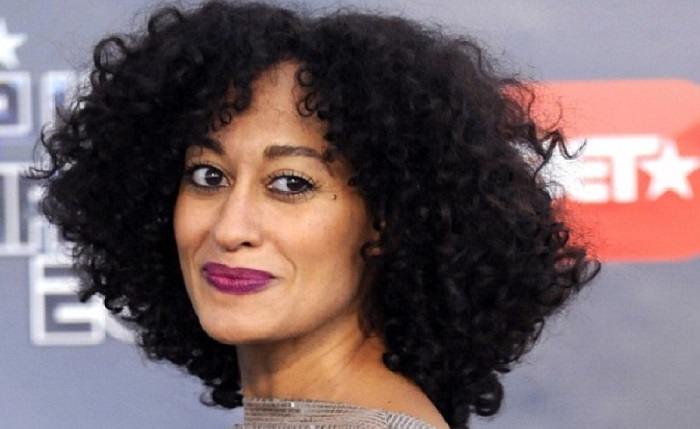 If you enjoyed watching Girlfriends, or ABC’s Black-ish, you must be a fan of Tracee Ellis Ross. This actress, model, comedian and television host is the daughter of famous singer Diana Ross, and Robert Ellis Silberstein, music executive and businessman.

Coming from a celebrity packed family, Tracee began her career by being a model and acting in independent films. Moving on from independent films to television show, she gradually gained notoriety and critical acclaim for her talent, with also becoming a role model for independent, strong, self-aware women all around the world.

This article will give you the opportunity to become familiar with her early years, career path and personal life. You will learn about her life beliefs, hobbies, celebrity persona and more interesting facts about the life of Tracee Ellis Ross.

Tracee Ellis Ross was born on October 29th, 1972, in Los Angeles California. Her parents are Diana Ross, a famous actress and singer and Robert Ellis Silberstein, a music executive and businessman. Tracee’s real name is Tracee Joy Silberstein. Tracee has stated in a few interviews she decided to change her name to Tracee Ellis Ross, because of professional reasons.

Tracee has two siblings, Rhonda Ross Kendrick, her maternal half-sister, and Evan Ross, her maternal half-brother. It’s easy to assume, since she was born to rich and famous parents, that having a lot of things might have taken its toll on Tracee and her siblings, they often talk about how normal and down to earth their mother was in regards of their upbringing.

Tracee often talks about the close relationship she has with her mother, and how the success of her on stage fabulous diva persona is only a small part of the success Diana is as a mother. Diana made sure they were grounded, and aware that they have to be successful on their own, and not just rely on their mother’s success and fame. Tracee was a student of Riverdale Country School in the Bronx, the Institute Le Rosey in Switzerland, and eventually graduated from Brown in the year of 1994, earning her theatre degree.

Tracee worked as a model in her teenager years, and right after college starred in a number of independent films, but it wasn’t until her role of Joan Carol Clayton, on the UPN/CW series Girlfriends that she achieved mainstream success.

Tracee first tasted fame working as a model in her teens. Her modeling career started with on the day of her 18th birthday, when she walked Thierry Mugler’s “Butterfly” show side by side her famous mother Diana Ross. After that came a string of modeling jobs from runways to sitting for famous photographers like Mary Ellen Mark, Herb Ritts, Peter Lindbergh and many more. She was honored in 2015 as part of Harlem Fashion Row’s New York Fashion Week Award Ceremony.

In 1996 came Ross’s acting debut in an independent film Far Harbor. Ross did the role of a Jewish/ African- American justice, and soon after came her debut as a television host of a Lifetime TV series, The Dish. One year after making her television debut, Ross transisioned into being a television series actress in NBC’s Race Against Fear: A Moment of Truth.

After starring in a couple of independent projects, Ross got a role in Hangin Up (2000) directed by Diane Keaton. This was Ross’s first big budget major production film. Since Hangin Up was a comedy, it served as a springboard for her break into comedy. Tracee became a regular on The Lyricist Lounge Show, an American comedy show that ran on MTV from 2000 to 2001.

The role of Joan Carol Clayton, on Girlfriends brought Tracee Ellis Ross her well-deserved commercial success, critical acclaim and fame. This role brought Tracee two NAACP Image Awards, one in 2007, and the second one in 2009. Tracee made other notable appearances on Life Support, a 2007 HBO movie, Daddy’s Little Girls (2009), Labor Pains (2009), a role on Private Practice, CSI, and many more.

Ross gained even more mainstream success starring in ABC’s Black-ish, a comedy series focusing on a relatable upper-middle-class African-American family. This role is Ross’s greatest success up until now. She received three NAACP Image Awards, a Primetime Emmy Award, and a Golden Globe for the role of Dr. Rainbow Johnson.

In addition to her career Ross is very passionate about motivational speaking. She created a workshop named “Tapping Into Your Creative Well”, with the purpose of inspiring the participants to live a fuller and happier life.

Born into a high profile celebrity family, Tracee Ellis Ross was in the spotlight since she could remember. Besides her relationship with her mother, that is highly publicized, and talked about Tracee Ellis Ross keeps her personal life very private. She herself has stated several times how privacy is important to her, and how she deliberately won’t expose her lovers and relationships to the public eye. She never married, and has no children.

Ethnicity: Multiracial, she is of Ashkenazi Jewish descent on father’s side and African-American on mother’s side

Tracee Ellis Ross has a net worth of $10 million, earned from modeling, acting, being a television host and motivational speaker. Her average salary is $60 thousand dollars per episode.

Ross is a frequent user of social media. She uses her Facebook page, Twitter, Instagram, YouTube, for interacting with fans, promoting causes she believes in and posting funny videos and entertaining sketches that are often a commentary on today’s trends. She points our Instagram is her favorite platform.

In 2012 she launched her very own lifestyle website, which gives the public a glance in the life of Tracee Ellis Ross, tips for happier living and contains many more interesting features

Often identifying with her middle name Joy, Tracee Ellis is an advocate for living your best and happiest life. She is very outspoken about feminism, acceptance of self, and living a happy fulfilled life.

She is a true role-model when it comes to body positivity, coming from a modeling background, and walking side by side with some of the biggest supermodels of the 1990s, Tracee openly speaks about body image issues, depression and serves as an inspiration to all women.

The daughter of the famed singer and actress Diana Ross, escaped the danger of growing up in her mother’s shadow by building an amazing career in acting, television hosting, modeling and motivational speaking.

The star of Girlfriends and Black-ish made a name of herself by portraying unique female characters that every woman can relate to. She is a passionate advocate for feminism, body positivity and love.

Despite the fame and money she grew up around of, she stayed a humble, noble and relatable character for every independent woman out there.