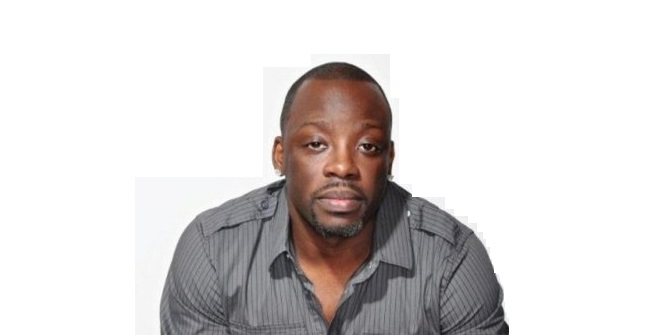 Tommy Sotomayor is an American radio and internet talk show host, film producer and YouTube personality. He became famous for his YouTube channel MrMadness Sotomayor featuring sensational and controversial upload headlines. The channel now has more than 280.000 subscribers. Sotomayor frequently comments on social and political issues and is a huge men’s rights activist.

This article features everything you need to know about Tommy Sotomayor, his life and work, the controversy he creates and how to find him on social networks.

Tommy Sotomayor was born as Thomas Jerome Harris in Atlanta, Georgia. There he spent early childhood and later moved to Phoenix, Arizona. Sotomayor is very private about his past life. He gives scarce information both on his family or his childhood.

Sotomayor’s career is full of interesting stories that gave him the nickname Mr. Controversy. His popular YouTube channel was launched in the summer of 2012. Sotomayor immediately started posting videos with controversial headlines like “15 Kids, 1 on the Way, No Man!”

His most viewed uploads even today are the ones with sensational headlines, like the one titled “Woman Gets Pregnant By 13 Year Old Boy!”

Sotomayor now publishes videos on more than 15 channels, the most popular being the main channel, followed by “TNNRaw2” with 288.000 subscribers and “Tommy Sotomayor’s Everyday Life” with over 106.000 subscribers.

Tommy Sotomayor attracts attention by expressing anger and animosity against African American women and he continues to insult them even on his personal website. The site accepts members and Sotomayor is charging $100 per year for the membership. Site also offers you to buy sponsorship and vendor, or donate money if you support Sotomayor’s views.

Sotomayor hosts the radio show “Your World, My Views“, combining his humor and thoughts on various interesting topics with constant audience interaction.

In 2015 Tommy Sotomayor began filming a comedy “Drugs & Other Love”, tells the story of an elder sister trying to get her brother onto drugs at the same time winning the heart of a drug dealer. He also directed, produced and hosted a documentary “A Fatherless America” (2017).

You’d think Sotomayor’s ways of earning money aren’t that profitable. But MrContorversy continues to surprise. Sotomayor’s net worth is estimated to be $1.5 million, as of early 2016.

Sotomayor has a daughter, and in one if his videos he claimed he had not known of the child until he was called out to pay the child support by his ex-partner. Tommy also said he went to jail because of not paying the support.

In 2013 Sotomayor presented certain Miz Lana as his girlfriend, posting photos of them together. Despite that, rumor has it that Tommy is gay. People say Sotomayor’s sexual orientation is the reason he takes his anger out on women. There have been many comments about his alleged relationship not being for real, but Sotomayor kept silent on the subject.

Sexual Orientation: rumored to be gay

You can find Tommy Sotomayor on social networks. He is most active on YouTube, were he’s got one main and more than 15 other channels.

There are few interesting facts about Tommy Sotomayor you didn’t already read about in this article, considering the man in making a living of being controversial and interesting.

Consequently he is a man both admired and loathed with equal passion. There are countless Facebook pages expressing hatred on the personality and work of Tommy Sotomayor.

Tommy Sotomayor is an American talk show host famous for his YouTube channel that features sensational video headlines. Sotomayor is a men’s rights activist controversial for keeping a harsh attitude towards African American women and constantly insulting them. He owns more than 15 YouTube channels and a personal website, and hosts a radio talk show.

Sotomayor has a daughter and once had spent time in jail for not paying the child support. He claimed to have a girlfriend though is constantly rumored to be gay.