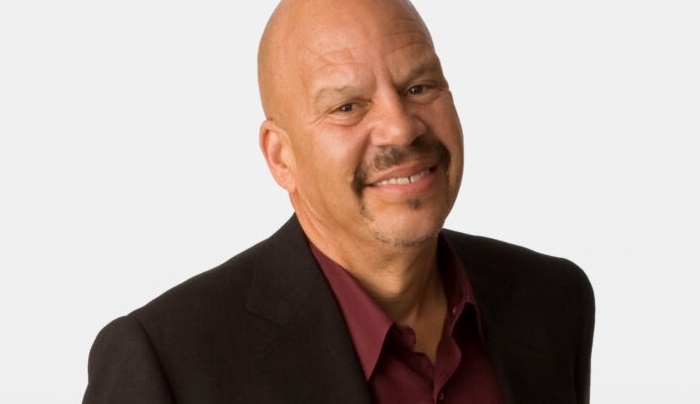 He has also created his foundation known as Tom Joyner Foundation which is known for its great work on helping young people receive a quality education, solely from historically black colleges.

One of his most visited websites is BlackAmericaWeb.com and it is devoted to people of African American ancestry.

This media personality was born as Thomas Joyner on November 23, 1949, in a Macon County city named Tuskegee, located in the state of Alabama, in the United States.

He grew up raised by his loving parents Hercules and Frances who came from very well educated families.

After finishing high school, Tom and his brother Albert both enrolled in the college: the Tuskegee University. Brothers were very close and helped each other during the studies. They were very supportive of one another and has a good rivalry in everything.

After becoming a student at the Tuskegee Institute he joined Omega Psi Phi fraternity and eventually gained a degree in the field of sociology.

Both he and his brother successfully finished college. He is very proud of both of them and states that quite often.

However, his first love was music and he often performed with his friend from college named Lionel Richie. The two of them became members of a band named Commodores, but Tom soon left the band because the band had no profit and his family insisted for him to find work elsewhere.

While being in college Tom found another love: radio. He started working at college radio where he found out that he was a very good radio host.

In 1968 there were protests in Tuskegee regarding the cities’ radio station which wouldn’t play soul music. He was in the protest and eventually became a DJ at this station.

In 1978, Tom decided to relocate to Chicago. He began hosting the morning show at WVON but was soon hired by the WON’s biggest competition – WBMX FM radio station. It was because he was recognized as a potential radio star so various radio stations wanted to hire him.

Several months later he was invited to join John H. Johnson at his WJPC station where he started the show in Dallas and an afternoon show which took place in Chicago’s radio station. He was very honored about this.

He hosted both shows for a long period of 8 years. It wasn’t difficult for him since he is a very energetic person and he wanted to prove both himself and others that he can do well in both places.

This brought him various nicknames like „The Hardest Working Man in Radio“.  He doesn’t find any of those harmful in any way and laughs when he hears them.

Not many people understood his passion for work since ha had to travel between the two cities by plane. He even received a nickname “flying jock” because of the frequent flying. He mentioned in one of his interviews that he held a record for frequent flyer miles he collected during this period.

Many years after, when he was asked in an interview how did he have the strength to pull it off and give his best on two different workplaces, he responded with one word” “greed” and laughed.

He was one of the rare passengers who collected several millions of frequent flyer miles. He said that he loves to travel and that he would love to travel more, but his current state didn’t let him.

In 1984, Tom was already a well-known radio-host so he received an offer from the ABC Radio Network which wanted him to run his own show.

They named it „The Tom Joyner Morning Show“. The show was described as a combination of sharing daily news and R&B music, together with Tom and several comedians who would discuss the themes.

Tom was happy to host a show since he loves to interact with people and he also liked the fact that he could play his favorite soul music.

The show often guested celebrities and even had an on-air soap opera airing for a long while.

One of the biggest sponsors of this extremely popular show was Southwest Airlines and a lot of radio listeners received giveaway airfare trips from the Airlines.

The show was very popular and a lot of known musicians appeared in it. Toni Braxton and Patti LaBelle were some of the celebrities who performed live at the show.

The program was oriented to African American listeners and most of the show targeted the New York City and Atlanta population, but the show was later canceled by Tom himself because the show wasn’t marketed on other markets so it couldn’t get greater revenues because it had limited audience.

After gaining mainstream success Tom decided to create his own foundation which he named „Tom Joyner Foundation“.

It was always his dream to have his foundation which he could use to help students from low-income families to succeed in finishing historically black universities successfully.

The main goal of the foundation was to help black colleges and their students by sharing scholarship and collecting funds for building new ones and re-decorate old ones.

The foundation started working in 1998 and has collected over $60 million which were used to help students who enrolled historically black colleges.

One of the vents in which Tom raises money for his cause was „The Fantastic Voyage“, an annual cruise held once a year.

Tom also founded „The Hercules Scholarship“ which he named after his loving dad and the foundation awards students on a weekly basis.

Once a year his foundation also awards one freshman student to motivate him for studies and help him manage student costs. He said that this was of huge help and that he was very happy about this.

One of the programs Tom is very proud of is his Veterans Education Program which helps veterans to complete their education or to help them finance basic needs like housing and child care.

He also partnered with NEA (National Education Association) to organize the Teacher Quality Program which enables the education of STEM teachers for historically black universities.

In 1998 he fulfilled his dream after becoming one of the inductees at The National Radio Hall of Fame. This was a huge thing because he was the first African American to do this. He is very proud of his work and believes that it is a huge motivation for young people – to see how far he came and to believe that they can do it too.

In 2005, an autobiography of Tom Joyner was published by Warner Books. It was written by Mary Flovers Boyce and was titled „I’m Just a DJ but… It Makes Sense to Me“. The book is his biography and speaks about his life, career and love life in a humorous way, just like he is.

Tom appeared in two movies: in 2005 in „The Gospel“ and in 2009, in „Madea Goes to Jail“. He made appearances in various TV shows but his best appearances were surely the movies he was in.

In 2009, he published a book called „How to prepare for College“ which was based on helping future students and their parents with advice and suggestions.

His father Hercules and his grandfather Oscar appeared alongside him in a documentary named „Rising From the Rails: The Story of the Pullman Porter“.

He was also inducted into the International Civil Rights Walk of Fame and also the Official R&B Hall of Fame in 2013.

During the 2015 BET Awards, he was given the Humanitarian Award for his huge philanthropy acts.

He retired from his radio host position and his show “The Tom Joyner Morning Show” after being in the hosting business for 25 years.

This means that a lot of people will miss his morning’s “Oh, oh, oh it’s the Tom Joyner Morning Show”. It was his recognizable way to start his show and it soon became his signature line.

As for his personal life, he was married twice. His first marriage was with Dora, with whom he has two sons. The boys whom he nicknamed „Killer“ and „Thriller“ are named Oscar and Thomas Jr.

In 2000, after divorcing Dora, he married Donna Richardson. She is a famous fitness instructor and also a TV television sports commentator for ESPN.

They got married in Montego in Jamaica, which was followed by a honeymoon in Italy, in Venice to be precise.

She has two shows running on TV. One is named “Mind, Body, & Spirit” and it airs on TV One, while the other show is “Sweating In The Spirit” on The Word Network.

The pair got divorced in 2012 because of “mutual differences” although it seemed that everything was okay between them.

In 2019 he decided to take it slow and enjoy life more so he minimized his professional obligations so he could spend his life with his family.