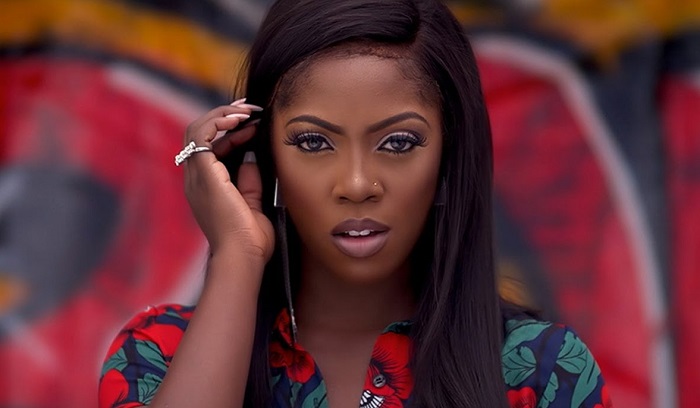 Tiwa Savage is one of the most beautiful Nigerian young singer and an actress who returned to her home country of Nigeria to build her singing career.

She is known for her participation in the UK’s “The X Factor” and that’s the way she got popular worldwide.

She was born as Tiwatope Savage on February 5, 1980, in a place named Isale Eko. It was in the State of Lagos in the country of Nigeria.

She has spent her early childhood in Nigeria but when she was eleven years old her family decided to move to the capital city of Great Britain called London.

By this action, London became the city where she gained her secondary education. She was always very interested in music so she soon entered the school’s orchestra where she played

At the age of sixteen Tiwa started taking her music career more seriously. She said that life was very confusing for her, especially when she was just starting out. She wanted to invest in herself, but she wanted to live her young life as well.

She was very young when her beautiful vocal was discovered by producers of events who hired her to become a backup vocal for some of the most respectable European artists.

She was especially praised for her work with George Michael, but she was even more proud when she was chosen to back up one of her favorite singers Mary J. Blige. She was very inspired by her and said that everything she has wanted to do is finally happening for her.

During that time she worked at The Royal Bank of Scotland in order to support herself financially after finishing college. She was always a person that really wanted to take care of herself and make sure she is independent.

She entered the contest called “The X Factor” which took place in the UK. She studied in America and a contest was in the United Kingdom so it was hard for her to make it to exams and focus at the X-Factor at the same time.

She made it to the final 24 but was evicted before the finals, as the 12th participant. She took it very hard but decided to pursue her music career.

She said that there is a lot of phenomenal artists out there and that she totally understands if there is someone that is better than her or more charismatic. But she kept going.

At that time she graduated from the Berklee College of Music, who has one of the best music conservatories and she soon signed a deal with Sony Music.

She started writing songs for artists like Babyface, Kat Deluna and Monica and was especially praised for her part of work on Monica’s single called “Catch Me”. She dreamed of the day when she could actually make music for herself and create the reality she has been waiting for.

She has also collaborated with Fantasia on their song “Collard Greens & Cornbread”. This earned her a 2010 Grammy nomination.

In 2009 she was also honored by becoming one of the background vocals on new Whitney Houston’s album named I Look to You.

She became nostalgic for her country and pleased that the Nigerian music industry is going upwards so she decided to move back to her home country and try to build her career there.

She was very happy to be home because she missed the culture a lot.

In 2012 she was able to sign a record deal with Mavin Records in 2012. This young record label was founded that same year by Don Jazzy. This was one of the most interesting and happiest moments when it comes to her career.

Tiwa was one of the performers on the compilation album released by the same label in 2012 under the name “Solar Plexus”.

In the summer of 2013, she has fulfilled her dreams when she released her first album called “Once Upon a Time”. It was the biggest project of her career so far and she was very happy about finally getting the chance she deserves.

The album was featured by Iceberg Slim, Sarkodie, and General Pype. She said that, after all this time, she felt like she could confide in her co-workers and she believed them with her career.

She has released numerous singles like “Kele Kele Love” and “Olorun Mi” to support her album.

The album was extremely successful and has been honored by a nomination for the 2014 Nigeria Entertainment Awards in the category of the Best Album of the Year.

It has also been named for The Headies but in a different category, for Best R&B/Pop Album.

In 2014, Tiwa made an appearance on Reekado Banks’s single “Turn It Up”. This was a very interesting feature for her and it helped her get quite a lot of attention.

Her second album titled “R.E.D” got released in the winter of 2015 and has been promoted by singles named “My Darlin” and “Standing Ovation”.

Olamide, Iceberg Slim, Busy Signal and Reekado Banks are some of the guest vocals which appeared on her album.

She was pregnant with her son during the time she made this album. This was a very emotional time in her life and she said that she was more than happy to create a bunch of media.

In the summer of 2016, Tiwa signed a deal with Roc Nation and a year later Tiwa has released her first EP titled  “Sugarcane”.

Some of the artists who worked with her on her EP are Wizkid, Baby Fresh, Maleek Berry and P2J.

This Tiwa’s project has been nominated for the Nigeria Entertainment Awards in the category Best Album of the Year. This was the first time she was officially acknowledged by her coworkers.

In 2018 she made a huge step in her career by becoming the first woman to get an award at the 2018 MTV Europe Music Awards in the category of the Best African Act.

In the spring of 2019, she got signed to Universal Music Group so she left Mavin Records. She was the first Nigerian artist to succeed in this.

Tiwa writes a lot of her songs and sings them both in English and her countries African Yoruba.

She makes music by combining Afrobeats, R&B music, pop, and hip-hop. She doesn’t want to get away from her home vibe, but she wants to be modern as well.

She is strongly involved in the life of her community and has been a part of several projects for improving the lives of the African people. Some of the projects are a project for breast cancer screening and for building schools in Nigeria.

In 2011, Tiwa became one of the hosts of the popular contest shows Nigerian Idol. Her co-host was IllRymz.

Her first big appearance on the theater stage on the adaptation of a very popular Broadway play called For Coloured Girls. The original play is based on the lives of seven black women in the USA while the Nigerian play does the same but with the lives of the Nigerian woman.

She has founded her own record label together with her husband Tunji Balogun called “323 Entertainment”.

Tunji was her manager until they got engaged in February 2013. She was very much in love with him and they have had a wonderful time together back then.

In 2012, she made a collaboration with several artists like Waje, Timi Dakolo and Pamela Egoh on a song titled “Higher” which was a theme of the Ovation Red Carol.

Tiwa has endorsement deals with many major companies like Pepsi and Maggi.

She has been involved in a controversy for the single “Wanted” released in 2014 in which she wore a nude bodysuit and touched herself very suggestively which was not received well by the public and she was heavily backlashed through social media.

In the same year, he was involved in the making of the song named “Africa Rising”, which was made for the DSTV campaign and was made together with many prominent African singers like Lola Rae, Sarkodie, and Davido.

In the summer of 2018, she was the main act on The O2’s Indigo event followed by Don Jazzy, Reekado Banks, Mystro and more.

She was also one of the performers at the 2018 Global Citizen Festival: Mandela 100, an event held in Johannesburg, in South Africa.

In the spring of 2019, Universal Music Group signed a seven-year-long contract with Savage which was only the confirmation of her great work and popularity.

In the summer of 2019, she appeared on a track called “Keys to the Kingdom”, which appeared on the soundtrack of “The Lion King: The Gift”.

She released two singles after that, one named “Attention” and the other named “Owo Mi Da”.

She was also one of the back vocals of a song titled “Èkó”, a part of the Coldplay’s album called “Everyday Life”.

As for her personal life, she is married to Tunji “Tee Billz” Balogun since 2013.

Their marriage was held in a very traditional African way. She wanted to go back to her roots and felt like this would be the right way to do so.

Her marriage ended in 2018 when she filed for divorce after her husband accused her of infidelity. He also stated that her mother is into witchcraft.

She responded by accusing him of being a drug addict and financially reckless.