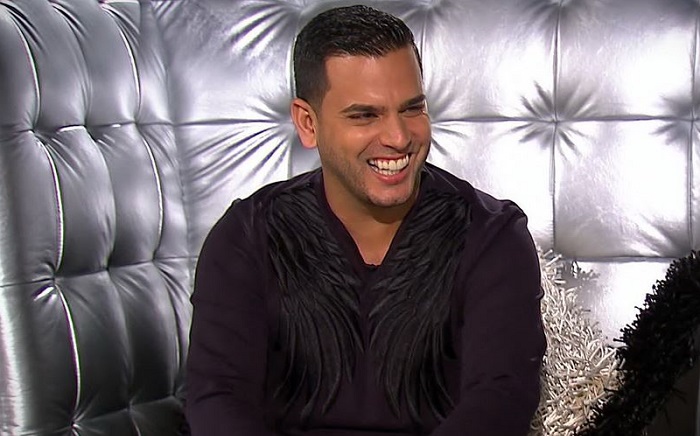 Tito El Bambino is a stage name of a young Puerto Rican artist and singer whose real name is Efrain David Fines Nevares.

He was a part of a popular reggaeton duo titled „Hector & Tito” after which he continued his solo career.

His solo career is still very successful and he is continuing to produce great music but he is evolving all the time as a singer and a songwriter.

The only thing he doesn’t change is his image.

He was born as Efrain David Fines Nevares on October 5, 1981, in the municipality of Cardina in Equestrian Park, east of San Juan which is the capital of Puerto Rico.

His father is named David Fines Negron and he has a brother Emanuel with whom he is very close. He says that he will always stay close to the people of his blood because he finds that very important.

His family gave him the nickname Tito when he was a very young child and it stuck with him until today. It doesn’t have a huge backstory, it’s just something his family did.

He was into music from an early age and his family always supported him in it. His first song came when he was only 12 years old and after that, he continued his production work.

Most of his friends and family knew that he was going to have a career in music and that he was always completely concentrated on everything connected to music.

His parents caught him recording himself in the bathroom a few times because the sounds in such a place were awesome so they knew that he was really serious about his music even as a preteen.

Tito grew up listening to many artists but his favorite musicians were Frankie Ruiz and Héctor Lavoe who made a big impact on his music.

Very early in his career, he gained success as the first voice of the famous Hector & Tito duo. They started their collaboration in 1996 and it took them two years to get their debut album released.

Their collaboration started when the two of them were already engaged in other ventures. Hector Delgado was a member of a hip hop group named „Masters of Funk” while Tito El Bambino worked together with local MC’s.

The two of them cliqued very quickly and realized that it is very easy for them to work together so they entered this collaboration very happily.

When Tito entered the reggaeton series named „The Noise Vol. 5″ he gained recognition and made a serious breakthrough in the world of reggaeton scene.

He began being mentioned by various producers and he guested on radio shows. This helped spread his name around and later on helped him get some attention on social media as well.

Tito and Hector got acquainted through DJ Chiclin and Dj Estefano and their friendship rose to a duo that became known throughout the country.

Hector left his „Masters of Funk” group to start his collaboration with Tito. The duo appeared on a lot of compilation from various Puerto Rican producers and DJs until they were discovered by DJ Goldy who got them signed to VI Music record label.

The duo started preparing their first album and they named it „Violencia Musical”. It was released in 1998 and made them the most popular reggaeton duo in Puerto Rico and also brought them a large amount of money.

They were not only able to live more comfortably but they could also invest in their music more. He was very happy because of it.

They became one of the 1st reggaeton artists who succeeded in selling a huge concert in their native country. Due to the boom of reggaeton in 2002 their record label, VI Music started a collaboration with Universal Latino which released their fourth album called „A la Reconquista”.

Before this album, they have released two more albums: Nuevo Milenio in 2002 and Lo de Antes in 2002. „A La Reconquista“ emerged hits like „Duele“ and „Felina“.

They also collaborated with Nicky Jam and Daddy Yankee. A lot of the songs from the album were written by Don Omar and the success of this album helped launch his career too.

This album is considered one of the best reggaeton albums ever released. The album gained a very important Billboard Latin Music Award in the category of Best Latin Hip Hop Album.

Hector and Tito started having conflicts so the duo decided to split and start chasing their solo career. Their conflicts were not only of the creative sort, but the two of them also started conflicting about the leading place in the duo.

Hector changed his name to El Father and turned to gangsta rap and did very well on his own. In 2008 Hector retired from the scene and turned to Christianity so his career didn’t rise much after that period. He says that this felt right and he didn’t question this decision at any given moment, at all.

Tito has released his debut album in 2006 under the name „Top of the Line”. The album was released by EMI Televisa Music and it was a hit that came to No.1. on most Puerto Rican charts. That is how Tito became mentioned in the music scene.

Many known artists such as Daddy Yankee and Don Omar guest appeared on the album. The album hs twenty songs and a lot of them became hits. „Cable”, „Tu Cintura” and „Flow Natural” are just some of the hit songs from the album.

He has also released a limited edition of the album called „Top of the Line/ El Internacional” where he added 5 more songs.

One of the songs from the album is named „Siente El Boom“ and it became a part of a Reggaeton compilation album called „Chosen Few II: El Documental“.

The same song came very high on all Latin America charts. His second album came out in the fall of 2007 and he named it „It’s My Time”.

The lead single from the album is named „Solo Dime Que” and was very popular after the release. Some of the artists featured on this album were Pharrel, Ken-Y, and Arcangel. They are also very prominent reggaeton artists.

His 3rd solo album was released very soon and it was named „El Patron“. The biggest hits from the album were „El Amor“ and „Under“ which were remixed later by many other artists.

Tito has created his own label OnFire Music and is trying to become a skilled producer. He searches for new talents that he can sign to his label.

In 2012 his lead single from a new album was released. It was a song named „Dame La Ola“ which was followed by a video.

He also made a song together with Marc Anthony and it was named „Por Que Les Mientes“. His collaboration with Marc Anthony was very interesting to him and he was happy that Marc shared his experience with him.

His album was finally released in the winter of 2012, by his own On Fire Music and it was named „Invicto“.

His sixth album named „Alta Jerarquia“ was released in 2014.

In 2011 he had received a Latin grammar Award in the category named The Tropical Album of the Year. His next award came in 2012 when he received the Lo Nuestro Award in the same category.

In 2014 he received several Lo Nuestro awards, in the category of Urban Album of the Year for „Invicto” and crossover Collaboration of the year.

In the summer of 2019, he released his new single called „Pega Pega“ which became a huge hit. A new album is going to see the light of the day by the end of 2019.

The album will be featured by a lot of artists like El Alfa, Cosculluela, and Rafa Pabó.

As for his personal life he has been involved in a lot of romantic relationships. He was married to Jessica Santiago from 2005 until 2009 when he filed for divorce.

Tito is very handsome and likes women company so he decided not to torment himself in marriage with Jessica because he already cheated on her several times.

After that, he dated his girlfriend Priscilla Hernandez with whom he has a son named Gabriel Efrain who was born in 2012. But at that time he already had a teenage daughter Jeinaliz Fines with another woman from the past.

Although his music has evolved through the years his signature style still includes button-up shirts and nice trousers. He never liked to wear baggy jeans and oversized shirts and he was always separated from other artists in this way.

In 2017 he showed his great character by helping the people of Puerto Rico who had been struggling with the consequences of Hurricane Maria which devasted a part of the country.

Tito helped by working physically on cleaning and fixing but he also used his influence to collect donations.