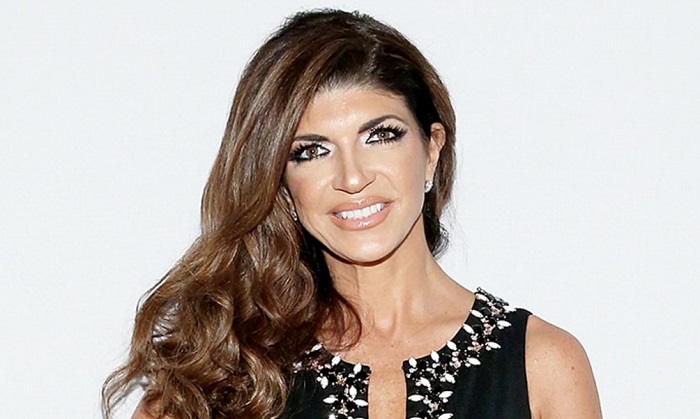 Celebrities are always in the spotlight, and every step they take is being judged and commented by others.

Even though some of the biggest celebrities are singers and actors, people from other branches can make a big impact on the celebrity sky.

In today’s text we are going to talk about Teresa Guidice, a reality star and an ex-convict. Even though these two words don’t go together sometimes,

Teresa is definitely one of a kind. We are going to talk about her net worth, personal life and career, so if you are eager to find out more here is a good opportunity to do that.

Teresa Gorga was born on May 18th 1972 in Paterson, New Jersey. Her parents were Italian immigrants that came from a place called Sala Consilina.

Her brother Giuseppe Gorga and she were both raised in Catholic faith. Her parents wanted her to finish school and become someone when she grows up, so she went to the Berkley College.

After finishing college, Teresa worked in Macy’s as an associate buyer. She was pretty successful in her job, and she managed to pay her way through life until she became famous.

There aren’t any more information about Teresa’s early years and personal life, so we will jump on to her career.

Teresa started her career on TV when she appeared on the The Real Housewives of New Jersey in the first season.

Her appearance on the show caused a lot of turbulence and her strong character was what impressed everyone.

People either loved or hated her on the show, but no one was without an opinion.

Besides being on the show, she also released cookbooks as a co-author. The books had recipes that were given to Teresa by her mother. The recipes were inspired by Italian cuisine and people seemed to love them. The names of the books were Skinny Italian, Fabilicious: Fast and Fit and Fabilicious.

She also wrote a memoir called Turning Tables: From Housewives to Inmate and Back Again. The memoir was talking about her time in prison and how her life came to be this way. The books she wrote and co-authored were all instant successes, and were also New York Times Best Sellers.

Teresa is very into cooking in general, so she also created cocktails under the names Fabellini which is a line of cocktails Bellini.

She also has a haircare line in cooperation with Jerel Sabella, which is named after her daughter Milania.

Teresa kept her face on the TV screens and seems like the audience really liked to see her in reality shows. She appeared on the 2012 the celebrity Apprentice 5 where she managed to raise 70 thousand dollars for a charity she chose.

Teresa ended in the fifth place after she was fired in the episode 12 of the show. Teresa is big on charity as well. She is a member of the Ladybug Project started by Dina Manzo, who was also on the Housewives of New Jersey.

Teresa’s love for cooking and cuisine in general led her to open a restaurant with Joe Gorga and Melisa Gorga, in New Jersey. The restaurant worked well, but in 2018 they had to close it temporarily until they find a new place to relocate it.

She is also writing, and her 6th book came out in 2017 under the name Standing Strong. Her estimated net worth is around 11$ million but in debt. This former RHONJ was up for a big trouble in 2009 when she filed for bankruptcy.

The family fell into debt in 2009 and they had to file for bankruptcy. They had to put all the furniture for an auction in their New Jersey home. Even though the auction was scheduled for August 2010, it didn’t took place after all because they withdrew the petition for bankruptcy.

In 2013, the couple Teresa and Joe were sentenced for conspiracy to commit fraud and also for false loan applications, bank fraud and Making false statements. The indictment had 39 counts. Joe was also charged for avoiding tax payments for 4 years, that brought him 1$ million.

Her attorney told that she doesn’t intend to plead guilty for the charges. The couple refused to plead guilty. Joe and Teresa later had no other option but to enter a guilty plea for the 41 counts of fraud. In the end they managed to negotiate a deal with the prosecutors.

Teresa was faced with a 15 months sentence and Joe to 41 months sentence. Joe even faced deportation to Italy. Teresa was sent to the Federal Correctional Institution in Danbury and there she got her inmate number and served her sentence until December 2015.

The couple ended up losing their primary residency and also their other properties. Sadly, the family was back at square one, but it seems like Teresa is still fighting and managing to float on top even though she was in big debt.

The couple was also obligated to pay the debt to the IRS and the Department of treasury. Teresa is now doing pretty well, considering the major backlash she received from the media after the entire scandal broke loose.

She is engaged in many businesses and enjoys spending her time doing something productive. It is unclear whether her and her brother’s restaurant closed down, since she hasn’t given any statements.

Teresa Guidice was born on May 18th 1972 to Italian parents who came to America before she was born. Both of her parents came from Sala Consilina, and Teresa is very attached to her Italian background. She emphasizes it always and is very proud of her origin. The best way to show appreciation for her origin is through the cookbooks she released to the public.

Her brother Giuseppe Gorga and she were both raised in Catholic faith. Her parents wanted her to finish school and become someone when she grows up, so she went to the Berkley College. After finishing college, Teresa worked in Macy’s as an associate buyer. She was pretty successful in her job, and she managed to pay her way through life until she became famous.

Most of the recipes she included are the ones her mother passed on to her when she was younger. She included them to promote Italian cooking and also to share something beautiful and dear to her, with the people who support her.

Teresa grew up in a normal household and never had too much or too little. She grew up with her family in New Jersey, and her parents raised her and her brother Joe in a Christian faith. She is still a big believer and often goes to church.

Teresa’s brother is now a successful real estate developer and seems to have his life on track. The brother and sister opened up a restaurant in 2017, but it seems to be that the restaurant closed its doors in 2018, even though they haven’t announced it publically. The restaurant was located in Hanover, New Jersey.

Teresa is a big fan of cooking and she enjoys spending time preparing meals for her large family. She released a total of three cookbooks, and she is probably not done with that. We can maybe expect her to release something new in the future.

So far, she has released 6 books and all of them were New York Times Best Sellers. She is definitely loved by her fans and people who followed her on the RHONJ. She is also a big fan of fitness and healthy living. All of her recipe books are based on the healthy foods and the meals she already eats herself.

Teresa became a competitive bodybuilder and this seemed to open many doors for her in terms of work. She is 42 at the moment but she is looking pretty good. She is also very involved into healthy living in general and is a big promoter of such lifestyle.

Everyone noticed that Teresa is looking better than ever, so she must be doing better. Even though she spent a significant time in prison, this didn’t seem to hurt her career. People are still looking for her and wanting to see more of her.

Teresa is still married to her husband Joe Guidice. There were rumors that her husband is going to be deported to Italy because of his sentence but there aren’t’ any news about that for now. Her husband Joe was a construction builder and also a restaurant owner.

The couple came into the public eye after their bankruptcy in 2009, and many criminal acts they have committed. Both of them entered a guilty plea and were able to agree on a sentence with the prosecutors, because there was no other way around it.

The couple was charged with total of 41 counts for fraud, conspiracy to commit fraud, tax evasion and many other counts. During the time they committed these crimes, they managed to gather quite a substantial wealth and were living pretty large.

There were many speculations about their relationships with their dad. Since he is still in prison, we will see how the things will develop after he comes out of prison.

Famous for joining the Real Housewives of New Jersey reality show, Joe Giudice, 46, was released from the prison but he is still not a free man. On Thursday morning (14), Teresa Giudice’s husband left the Allenwood Low Federal Correctional Institution in Pennsylvania and was transferred to the custody of the Department of Immigration (ICE), pending resolution of the deportation case.

Joe was born in Italy and immigrated to the US as a child, however, never naturalized a citizen of the country where he grew up. Due to the fact that he has been convicted of a federal felony and served a penalty of more than 1 year and 1 day, he can have his permanent legal residence (green card) withdrawn and be deported to his country of origin.

If Joe, whose real name is Giuseppe Giudice, is deported, Teresa said that she and her daughters will not accompany him. They have been married since 1999 and have 4 daughters: Gia, 18, Gabriella, 15, Milania, 13, and Audriana, 10.

Leonard Jr. detailed that Joe’s sentence ends in March, but he could not be released due to the pending immigration case. The issue of custody of Mr. Giudice does not actually expire on March 14, this does not mean a release date, meaning he will not return home by that date. We hope that once his appeal is heard, he will receive the appropriate benefit, allowing him to return home. They love him, support him and feel terribly homesick for him.

Teresa kept her face on the TV screens and seems like the audience really liked to see her in reality shows. She appeared on the 2012 the celebrity Apprentice 5 where she managed to raise 70 thousand dollars for a charity she chose.

Teresa ended in the fifth place after she was fired in the episode 12 of the show. Teresa is big on charity as well. She is a member of the Ladybug Project started by Dina Manzo, who was also on the Housewives of New Jersey.

Teresa is definitely keeping herself on the top and managing her life the best way she can. Even though she made a lot of mistakes in the past, she served her sentence and is trying to be a better person right now. The relationship between the families is not yet resolved, but her daughters seem to be her biggest joy and pride.

Teresa is still pretty active and she won’t calm down until she gets back what she had before. The fans still know her as a strong headed woman that has confidence and desire to overcome any difficulties on her road.