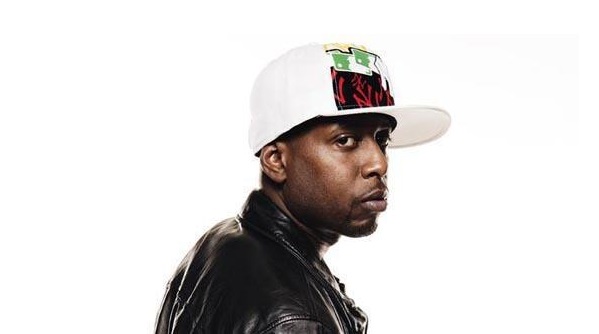 The music world highly acclaims Talib for his fantastic rapping ability. Along with Mos Def forming Black Star, Talib has risen to prominence in the mainstream. He had gained huge popularity with his unique style as hip-hop artist.

Talib’s efficiency is not restricted to the area of singing and writing songs. Rather he is also known for social activity.

Along with this, he spends time as an owner of a record label. He feels proud of his label “Javotti Media.” Since 1996 Talib has contributed with some excellent songs.

To name few, we have “The Blast,” “Never Been in Love” and “Get By” which are highly appreciated by the huge audience of the music world.

Obviously, the famous rapper has earned massive wealth along with his popularity by serving the audience. So far the New York-born rapper had accumulated more than 4 million dollars as his estimated net worth.

Talib Kweli was born to Parry Greene and Brenda Greene on the 3rd October 1975 in Brooklyn, New York, United States of America.

His father Parry is engaged in the educational field, and at the Adelphi University, he has worked as an administrator.

His mother Brenda is also related to education and is a professor of English at the Medgar Evers College.

Obviously, Talib has got a good atmosphere for studies. But from the early childhood, Talib has a deep interest towards music, especially in rap music. The prominent rappers highly influenced him like De La Soul. He grew up with his brother Jamal in the northwest part of Brooklyn known as Park Slope.

He was enrolled in the Cheshire Academy for his education. On clearing the education of the Cheshire Academy, he got into a Technical High School at Brooklyn. During that time he was much involved with his music, and his education suffered a lot. As a consequence, the college disallowed him to continue. Later he studied experimental theater at the New York University. From the early childhood, an aptitude for poetry and acting was noticed in him.

He met Dante Smith better known by the name Mos Def when he was 14 years old. Talib’s interest in Afrocentric hip-hop music got more intensity. While making a trip to Cincinnati, he came across the producer Hi-Tek and was invited to visit his studio.

In 1996 he began his musical career and started rapping for ‘Mood.’  His association with Hi-Tek was very much rewarding. Even though there is disagreement between the two but both gained from each other.

In 1997 the duo released their first single titled “Forfeited Live” under Reflection Eternal. The audience highly appreciated the release.

Next year under Rawkus classic compilation the duo came out with the single “The Manifesto” which appeared in the first volume of “Lyricist Lounge.”

In 1998 September Kweli formed reunion with Mos Def. The duo under Black Star came up with an album titled “Mos Def & Talib Kweli Are Black Star.” The album was enriched by some fabulous singles including “Definition” which was composed in tribute to Tupac and Biggie. Both the rappers gained massive popularity in the music industry.

They created a place in the heart of the vast audience. He then collaborated with Hi-Tek while Mos Def was busy with his solo album. Hi-Tek and Kweli brought out “Train of Thought” under Reflection Eternal. The terrific beats with a blend of jazz were featured by prominent figures including De La Soul, Xzibit, Mos Def, Kool G Rap and Rah Digga.

In 2002 Kweli came up with his first solo album titled “Quality.” By then Kweli had already established himself as the prominent hip-hop artist. In the creation of the album, he worked with Kanye Weston. “Get By” a single of the album become a huge hit.

In 2004 he released his sophomore album titled “The Beautiful Struggle.” It got the commercial success with the contribution of Faith Evans, Mary J. Blige, and John Legend. Although the creation reached #14 on the Billboard 200 chart but was received on a rather low note by his old fans of the underground. In 2005 he tried to revive his lost repute by releasing the mixtape titled “Right About Now.” The mixtape was released from Blacksmith Records.

The real revival came with the release of his third album titled “Eardrum.” Noraj Jones, Justin Timberlake, KRS-One, and West contributed to the creation of the album, and audience with high applause received it. In 2010 contributing with Hi-Tek he released duo’s second album titled “Revolution Performance Minute.”

Next year in 2011 Kweli came up with his fourth independent album titled “Gutter Rainbows.” His label Javotti Media released this album.

The same year the duo Black Star released a single “Fix Up” and “You Already Knew.” In 2013 with the collaboration Nelly, Busta Rhymes and Kendrick Lamar he released his fifth album “Prisoner of Conscious” received warmly by the music lovers. A year later the rapper brought up his sixth album titled “Gravitas.”

Along with his musical endeavor Kweli along with Mos Def opened a bookstore which was later closed. In 2016 he brought back Nkiru brand on his website Kweliclub.

In 2000 he protested along with other prominent figures against the murder of Amadou Diallo by NY City Police.

He married DJ Eque on 9th May 2009. The ceremony took place at Bel Aire in California. Before this engagement Kweli had impressed Darcell Turner with whom he has two children, a son Amani Fela and a daughter DianiEshe.

Excepting these two relationships, he was once got into the life of Karrine Steffans, but that did not last long. The massive fan base of the artist can be reflected from the noting of his fans on Facebook which had crossed 1 million.