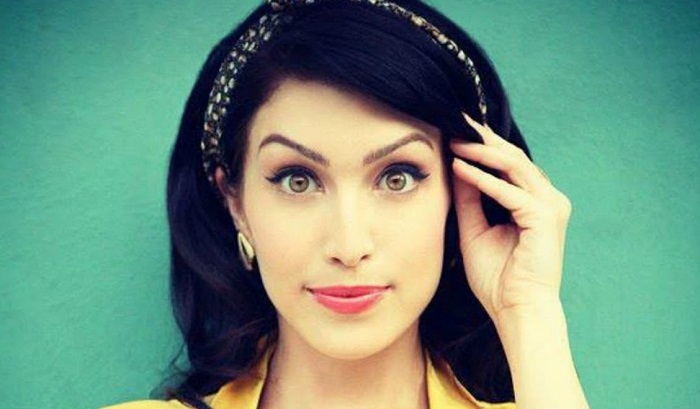 Who Was Stevie Ryan?

Stevie Ryan was an actress, comedian, and Youtube Personality. She was born in 1984 in Riverside, California, but moved to Victorville at a very young age.

Ryan graduated from Silverado High School at the beginning of the 21st century, in 2002. She is the high school’s most notable alumni.

When Stevie was just 19, she moved to Los Angeles to pursue her dream of working in the entertainment industry.

She joined YouTube in 2006. Most of her early work relied on comedy.

She gained popularity with her celebrity impersonations. Stevie continued to use the platform as a way to share her videos, films, and content with friends and family.

As her channel grew, it attracted a lot of haters. People had been leaving rude, sickening comments on her videos.

As a result, Ryan had created the character Little Loca as a way of dealing with all the negative attention she was receiving.

Stevie was indubitably very intelligent and capable. She wrote, edited and acted in all of her videos.

Even though she was not the most popular YouTuber out there, her channel kept growing and reached more than 85,000 subscribers. All of her content has attracted more than 43 million viewers worldwide.

In 2010, she began working on, and starred in, Stevie TV – a sketch comedy show. The show provided humorous imitations of famous celebrities.

Unfortunately, Stevie TV entertained us only for a couple of years, as the show was canceled after just two seasons.

There is no question that being in the spotlight has taken its toll on Ryan.

The podcast was later renamed to “Kristen and ch(ill).” In one of the episodes, Stevie talks about her grandfather and admits that his death could be a possible trigger for her suicide.

Ryan admitted on Instagram that she had been doing Transcranial Magnetic Stimulation (TMS) therapy to battle her depression. TMS is a procedure that uses magnetic pulses to stimulate nerve cells in the brain. She was not pleased with the results of this treatment.

Stevie Ryan lost her battle and took her own life on July 1, 2017.  The Los Angeles County Coroner’s office has ruled her death as a suicide by hanging.

Even though she openly talked about her struggles, her followers were shocked by the news.

It was hard for people to realize that, even though she could make all of them laugh, she was burdened with a lot of pain. Thousands have expressed their condolences on social media.

Her death has raised a lot of awareness about the struggles of the mentally ill. She is greatly missed.

How much did Stevie Ryan earn in her lifetime?

Ryan was never motivated by money. She earned most of it through YouTube royalties and from her TV show – Stevie TV.

Sources estimate that she had earned around $60,000 through YouTube.

Her net worth is approximately calculated at less than $100,000.

Stevie Ryan was very close to her family. She often talked about them on Instagram, specifically about her father and grandfather. Ryan has called her grandpa “the ideal man” and thanked both of them for teaching her what love is.

There is no doubt that she had a very close relationship with her grandfather. It is rumored that his death ultimately triggered Stevie’s suicide. Just a day before she took her own life, Ryan posted on Twitter: “The man of my dreams will now only be in my dreams. I’ll miss you every day, forever. I love you my Pa.” in reference to her late grandfather.

As for Ryan’s personal life, she had dated actor Drake Bell for a year in 2005, just as she was starting her career. Bell is an American singer, actor, and songwriter.

Some sources mention she had been engaged to singer Adam Paranoia in 2009.  There have been many rumors about her personal life, though most of them are unconfirmed.

The most notable relationship she had was with Darius Zayas. The couple met in 2016 and married a couple of months later, as reported by Biographyz.  Zayas (born January 1, 1982) is a producer who became known to the public eye as Stevie Ryan’s boyfriend.

Since her suicide, Zayas has taken a break from the entertainment industry and is currently living a very quiet life. He has no social media presence.

When Was Stevie Ryan Born & At What Age Did She Die?

Stevie’s parents found her lifeless body in her apartment on July 1, 2017.

She was only 33 years old at the time of her death.

The beautiful comedian was fairly tall at an above-average height of 5’7 (170cm).

Ryan was born and raised in California, USA, making her an American.

She was Caucasian, with black hair and striking hazel eyes.