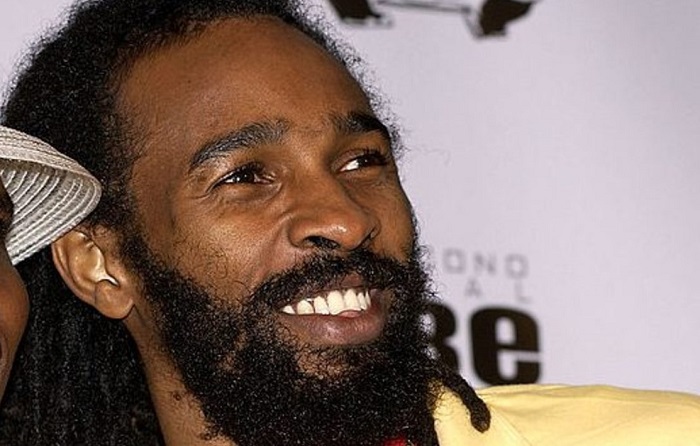 Spragga Benz is the name of a famous Jamaican DJ and musician hailing from Kingston. He is a proud citizen and often embraces his origins, which makes him different and helps him become more prominent in the industry.

He gained his nickname “Spaghetti” because he is very tall and slim. He was mostly called Spagga but he changed it later to Spragga.

He said that this nickname never offended him and that he is a guy that rarely ever gets annoyed by someone.

He added the word Benz to his stage name because it sounded good and it comes from the name of the sound system LA Benz.

He was born as Carlton Errington Grant on May 30, 1969, in the capital of Jamaica called Kingston.

We don’t know much about his childhood since he doesn’t talk too much about it, but he does sometimes mention his birth town and says how he always loves to go back to his roots and re-visit his memories.

His music career began at the beginning of the ’90s when he started working for the sound system company LA Benz.

He said that he was just trying to make a living and had no idea that someone from the company will find him interesting.

He was there when Buju Banton, a respectable DJ was hired to record four singles for LA Benz but he had problems with his voice which made him record only two tracks. He said that he wasn’t too worried about all of this since he always believes that things happen for a reason.

He offered Spragga to voice the rest of the tracks because he earlier heard him perform. Spragga was more than happy to jump in and he said that he wants to take upon all chances life is giving him.

Spragga made an awesome work on the tracks and became famous for his tune “Love Mi Gun”. It was later used by many dancehall artists and it became his signature tune.

Numerous producers started asking him to perform their songs and he started collaborating with artists such as Bobby Digital which was a huge boost for him.

He was very happy about what’s happening and said that he saw this change coming and that he had to take the opportunity quickly.

His following hit was named “Could a Deal” which was produced by Winston Riley and Steely and Clevie produced his new single “Girls Hooray”.

He released several hit singles and they became a good starting point for his first album. He gained many fans and was very happy about it because he knew how hard he worked to come here.

He had released his first album in 1994 and it was titled “Jack It Up”. It was an LP released through VP Records and it contained twelve singles. The album also contains the same-named song.

The album was a huge success and brought him a contract with a major record label Capitol Records.

The label soon released his second album under the name “Uncommonly Smooth”  which came out in 1995.

The album was special for two duet songs he recorded with Chevelle Franklyn and Ben E. King. He was very happy about these and said that he looks forward to having more fun learning from older performers.

But the sales of this album weren’t high enough for Capitol Records so the label dismissed him and released him from his contract.

This was a very disappointing thing for him and made him realize how unjust major record labels are.

This made his return to Jamaica where he continued making music and releasing singles. He had a lot of collaborations with artists in this period, Wyclef Jean and KRS-One being the most notable collaborators.

Wyclef Jean was also one of the co-producers of the “Shots” movie in which he had the lead role.

In 1999, he recorded a collaborative album with a popular Jamaican artist called Beenie Man and he released a single titled “She Nuh Ready Yet” which eventually became a huge hit in Jamaica.

He put this single on his new album, 3rd in a row, which was released in 2000 under the title “Fully Loaded”. The album spawned two duet songs with Lady Saw and Foxy Brown.

2000 was also a good year for Benz since he had his acting debut the same year. It was in a movie titled “Brooklyn Babylon”.

The movie was written and directed by Marc Levin. The music performers in the movies were The Roots and they were praised for their sound.

He said that he was very interested in being in more movies, but the problem was the fact that he still had to find financial security.

In 2001 he was hired to take the lead role in a gangster film titled “Shottas”. This action drama movie was directed by Cess Silvera and the person hired to do all the music for the movie was Stephen Marley.

It was made with a very low budget but soon the interest in the movie grew and it became legendary. It was released again because of it, in 2006 by Destination Films.

He had the role of a character named Wayne and his co-starring colleagues were Ky-Mani Marley and Louie Rankin.

This was a very interesting experience and he loved hanging out with his colleagues, he stayed friends with some of them even later.

In 2002, his fourth album was released under the name “Thug Nature”. This album contained 20 tracks and was featured by artists such as Red Square and Sugar Slick.

The album was released by Centron Sound Records.

In 2003 he made several notable collaborations with Carly Simon and Shannon.

In 2007 Spragga and his friend Foxy Brown were hired to host the Urban Music Awards in NY. They were honored by it and did a great job there.

In 2010, his new album came out and it was named “Shotta Culture”. It was released through Boomtunes LLC and it was focused on the hip-hop genre.

In 2019, he released a new album named “Chiliagon” which entered the US Billboard chart, his first album released after nine years. This was finally the attention that he deserved and he was very happy about it.

The album was made through Easy Star/Buttercuts/Red Square Productions.

December 2019 brought Spragga Benz a huge honor and acknowledgment. He made history as the first reggae artist to participate in an event called a Spotlight Series.

These events take place at the Grammy Museum Experience in Newark, and they are held two or three times a month.

The event is based on honest and intimate conversations with respectable music artists.

Spragga was interviewed for 45 minutes and answered the questions from the audience.

After the interview, Spragga performed his biggest hits.

Spragga performed on Damian Marley’s concert titled Welcome to Jamrock Reggae Cruise. He was also one of the performers at Jamaica’s Reggae Sumfest.

As for his personal life he suffered a great tragedy after his son Carlton Grant Jr. was shot by local Kingston police in the summer of 2008. He said that this was so tragic for him, he had to get away from the spotlights and reconnect to himself.

He was carrying a weapon and fired the police which returned fires and wounded him. Carlton died in the hospital. Spragga says that there is this unspoken terror in Jamaica that causes this.

His grieving father renamed his earlier founded Stay in School Foundation into the Carlisle Foundation in order to help the Jamaican youth and to keep the memory of his son alive.

His son was also famous because he played the role of his own father in his young days in the movie “Shotass”. He tried to follow his father’s steps, but he didn’t make it too far.

He also has a daughter Shanice but not a day passes that he doesn’t remember his son.

He often sends political and social messages through his music and is very sad because of the corruption that takes place in Kingston and the whole of Jamaica.

He feels that the children will never get a good opportunity in life unless something changes in the country.