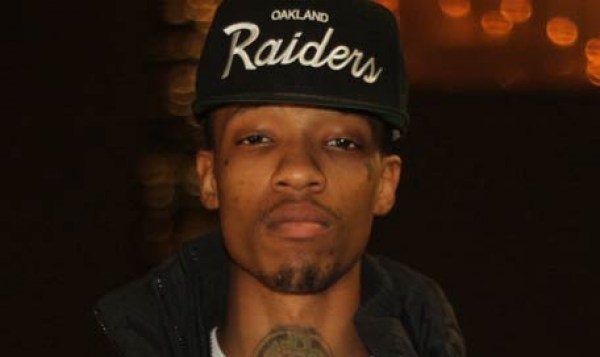 Sonny Digital is an American rapper and Dj from Atlanta who produced many hits for other artists such as YC, Drake and 2Chainz.

Sonny Digital is a stage name for Sonny Corey Uwaezuoke who was born on March 5, 1991 in Saginaw in Michigan, USA. Although he was born there he grew up and was raised in Atlanta. He began rapping at a very early age and at the age of 13 he and his older cousin started making beats. They realised that it was hard to find instrumentals ro rap over so they made their own.

He was never interested in any hobbies, such as sports or games so all his free time was spent om making music.

His first beats were very similar to the ones of Shawty Redd and Drumma Boy who were both famous producers but after a while he created his own individual style.

At the age of 16 he became a producer for a vocal hip-hop group and after this was a succes, he started producing for other artists in the area.

That was the crucial point because he realized that he could make himself a career in this branche, do what he likes and earn money.

The influences in his music creation were Shawty Red (an American producer who worked with Snoop Dogg and Gucci Mane) and Drumma Boy, one of the most talented producers and composers in hip-hop and R&B.

He was very hardworking and after he made his name known he produced a single “Rocks” for rapper YC and the single came to No. 42 on the Billboard Hot 100 Chart. The single boosted up both the careers of Sonny Digital and YC.

Future, another rapper who collaborated with Sonny Digital, became more known because of his work with Sonny. They often collaborated together after that. He released his first tape in 2011 under the name “Digital History” and it was made of songs that Sonny produced in 2010 and 2011. It also featured a lot of artists such as Future and 2 Chainz.

In 2011 he produced songs fot Gorilla Zoe on the “King Kong” album and a big hit for Future called “Same Damn Time”. This became a huge hit and opened Sunny a new path in his career. He collaborated with Diddy and Ludacris.

In 2012 he produced a mixtape “Gorilla Zoe World” for the samenamed artist.

He worked on Gucci Mane’s “Trap Back” the same year.

2012 was the year when he released his first rap single “Business Man”.

Sonny was one of the producers of 2 Chainz’ “Birthday Song” along with Kanye West and he is very proud of this collaboration.

In 2013 he made a collaboration mixtape called “Forbes Atlanta” together with a rapper Que.

In 2016 he released a mixtape in collab with DJ Drama from Philadelphia and on EP called “G.O.A.T.”

His latest idea is to form a union for producers in order to ensure that they are respected and paid for the work they do. He also emphasizes the fact that there aren’t many female producers and that it is a shame because they bring sensibility to rapping.

Sonny is not in relationship at this moment. He joked once about renting a girlfriend because he hasn’t got time for dating. He argues that he needs time to work his music.

His dad is Nigerian and mom is from Michigan. He was raised to learn about his Nigerian roots just as American.

He had contracts with Universal Music, 1017 Brick Squad before he created his own record label: “Sonny Digital Music Group”.

He has many tattoos and always wears hats and caps. His arms and neck are full of tattoos.

His father has built an impressive house in Nigeria and Sonny goes there with him when he has time.

Sonny Digital is  a known American rapper with Nigerian roots. He worked with many famous artists such as Gucci Mane.