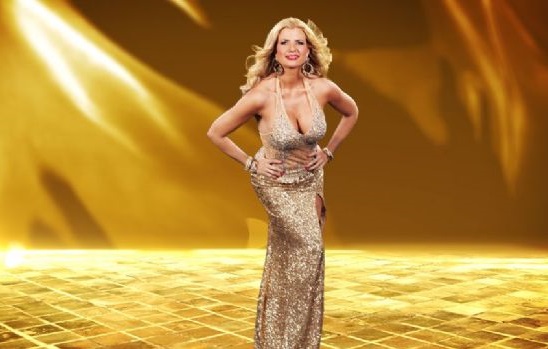 Isabel Arguelles is a known model, host, businesswoman and an actress known by her stage name Sissi Fleitas.

She is of Cuban ancestry and is very proud of her origins.

Isabel was born on October 1, in the year of 1975 in Havana, the capital city of Cuba by her full name Isabel Fleitas Arguelles.

Her mother is named Dinorah Arguelles, and she is very known in Cuba since she is a notable Cuban opera singer that performed in the Tropicana Cabaret and the National Lyric Theatre. Her father is named Alfredo Rancaño and she was close to both of her parents.

Isabel spent a lot of her early years by joining her mother at her performances at the locations like the Gran Teatro de La Habana.

She took her performances very emotionally and admired her mum for her great talent. There Sissi performed for the first time in the beautiful piece called “La Leyenda del Beso”.

When she was 14 Isabel decided that she needed to lose some weight for her health sake and she did so.

After that, she gained a bit more interest. A businessman from Italy saw Isabel and thought she was very beautiful and contacted her family to make her a model in Italy and make her a cover girl. Her family wasn’t fond of that idea and refused to send her to Italy.

He wasn’t the first one to notice her potential. Soon after that, she did her first commercial. It was for the Cuban company that made a beer called “Bucanero”.

She was always a good pupil at school. She educated herself in Cuban schools and also studied English, French along with the Afro-Cuban dance there.

Along with those subjects, she was always interested in acting and was a big fan of math in school.

When she was only 5 years old she appeared on the television for the first time. It was on “Cubavision”, the Cuban TV channel.

She won the contest on the series called “Sábado Conmigo”. It was a beauty competition hosted by Carlos Otero.

She also co-presented this show for two years which made her immensely known in her homeland. With it, she became one of the most famous faces of Cuban television.

Sissi stayed in Cuba until she was 18 years old.

After that, she traveled a lot to Mexico where she stayed for about three years with her mother and grandmother that is very connected to the Aztec land there.

Together they went to the United States in 1997 to seek better opportunities.

A year later Isabel sent her photos to an executive producer of “Sábado Gigante”. She was hired for the program the same year and became the main star of it.

This program was popular in 43 countries which gave Sissi a huge audience. She worked with Mario Kreutzberger, a known host from Chie, on this project. Mario is more known for his other name Don Francisco.

She came to this position after the former host Lili Estefan stopped working on this program. She stated that it was a great learning experience for her and that she was honored to be a part of it. She left this TV show in 2005.

Isabel was listed as one of the 25 beauties in a Spanish Magazine in 2000 which pleased her very much.

Isabel was also a host of the Univision festival called the Viña del Mar Festival and Televisa’s AcaFest back in 2014 along with the El Gordo y la Flaca, Esperando el Milenio, Despierta América and Noche de Estrellas along with other popular events.

In 2005 she became the co-host of the Premios Fox Sports with Jamie Camil, a Mexican television personality.

A year after she hosted a version of the show “Desafío: La Gran Aventura” for the United States that was made by Caracol TV.

In 2007 she was on “El Gang Show” that was broadcasted on TVE and worked with Sonia Dorado, Paz Padilla, Dani Mateo, and Manolo Sarria.

Isabel also wrote a column for a long time. It was called “Secrets of SISSI” and was published every week from 2008 to 2012. The column was very well received and was pretty popular.

In 2009 she was hired for a role in a telenovela called “Mas sabe el diablo” made by Telemundo. She worked with Carlos Canela in it and she later stated that it was a great experience for her.

A year after she took a position of Alexis Valdés in her program called “Esta Noche Tu Night” which was very popular and brought her more in the limelight.

She was also a hos for Telethon throughout all these years and did it for countries like Costa Rica, Panama, Ecuador, Honduras, and Chile.

Isabel advertised a lot of campaigns for various companies. Some of them were Kraft Foods, Miller Light and La Bella. They were very lucrative for her and rose her net worth a lot.

She also had her calendars and was one of the Latina models with most sales of it.

She was a cover girl of several magazines like Shape, Maxim, Venue, H for Gentleman, Glamor, People e Espanol and so on. As a cover girl, she received huge attention and became nationally popular.

She was one of the “Summer Stars” of the TV Y Novelas magazine for the US in 2013.

In 2016 she made a movie called “Juan Apóstol el Más Amado” made in Spain. It was an American movie which spoke about the life and work of John the Apostle, one of the most important disciples to Jesus of Nazareth.

The same year she made her reality TV show in English titled “My Life is a Telenovela” that was broadcasted in October that year on the WETV program.

In 2011 she was the first time in Mexican cinema where she played Lucia in a movie called “El baile de San Juan”. This movie was directed by Francisco Athie.

She was also a host on Mexican television. The sho was called “TV de Noche” and she hosted it with Jorge Muñiz El Coque. She soon became an extremely popular host and was invited to run many different events and performances.

This all happened in 2011, along with her debut in Mexican theatres. She was in a play called “Divorciémonos Mi Amor”. A known actor Sebastian Rulli also played in it.

In 2013 she got her prints in the Galleries Las Estrellas located in Mexico.

She also joined the cast of a movie “Adventurer” and helped to make the music in it. She was doing this work with Ernesto Gómez Cruz and also Carmen Salinas.

In 2013 she got a role of “Penélope” in a Venezuelan telenovela called “The Secrets of Lucia”. It was made by Venevisión, Univision and BE-TV.

She started to be considered as one of the sexiest women in the world in 2014. That year, she did a Playboy cover for Mexico. She was on the Playboy of February.

She is very secretive about her personal life. We don’t know anything about her past relationships.

However, it is rumored that she is in a relationship with a man she often posts pictures with on her Instagram account. This man is unknown to the public.

She is very active on her social media and had over 300k followers on her Instagram account.

She loves to travel and often shares her photos of doing so.

She doesn’t care what people think of her or her big boobs – she is very pleased by her life and she enjoys it very much.

Sissi likes to have attention and be in the center of it but she sometimes goes away from the eyes of the public to calm her spirit down.