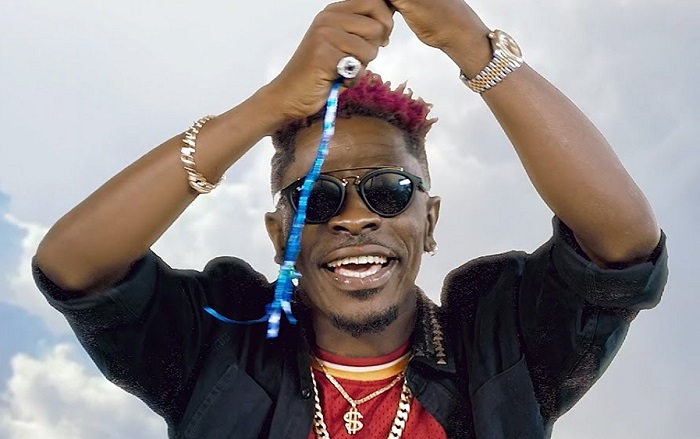 He is a producer and musician. The genre of the music he creates is reggae-dancehall. One of his nicknames is Bandana.

“Dancehall King” is Wale’s most popular song. In 2014 he won the prize for the Artiste of the Year for this song, by the Ghana Music Awards.

He also appeared in some films, such as The trial of Shatta Wale, Never Say Never and Shattered Lives.

In 2004 he published his single called “Moko Hoo”, in which Tinny also featured as a musician. This single brought him major popularity.

At that time he was mostly known as Bandana, and for this single, he got a nomination by Ghana Music Awards.

After this nomination, for more than a decade, he was out of the music world. In 2013 he reappeared on the music scene once again, under his new nickname, “Shatta Wale”.

He also created his record label and its name is SM For Lyf Records.

He appeared on the 38th place of “Top 100 Most Influential Ghanaians” awards chart which was broadcast on E.tv in 2014. After this, he has appeared on this chart every year.

In 2017, he got an acknowledgment as a “Most Influential Musician” on social media.

Merely in 2019, he got 8 prizes from various music competitions.

Shatta Wale was born in Ghana, in its capital city of Accra, in the Police Hospital.

His parents were from the Volta Region and Accra as well. Charles Nii Armah Mensah Sr, Shatta’s father, is a businessman, politician and legal practitioner. His mother’s name is Elsie Evelyn Avemegah.

Shatta went to Seven Great Princess Academy in a suburb of Accra, i.e. Dansoman. While attending this school, he showed his affection for acting and the arts.

He played a role in a famous drama series called “By the Fireside”. This series was performed in the Akan language, at the National Theatre of Ghana.

Together with his family, he lived in Dansoman, and later, when he grew up, they moved to Korle Gonno.

In a video that he played live on Facebook, Shatta mentioned that he didn’t enjoy his mother’s care and love, because she divorced his father.

Due to this, his father took care of him and in the end, Shatta finished on the street.

During his childhood, Shatta’s father used to play records of Reggae music and by doing that he introduced young Charles whit Jamaican culture.

Also, whenever they were able to do so, they would travel to the UK, where Shatta’s relatives lived. These relatives were half Jamaican.

Because of this Shatta began to love music when he was very young. His passion for music resulted in his loss of interest in education, but his father insisted that Shatta must finish his high school education.

Shatta finished his high school education in the Volta Region, although he started it in Winneba Secondary School.

After the high school degree, Shatta’s wish was to pursue his dreams and to become a musician, but that was not something that Shata’s father had in mind. He wished his son had become a lawyer.

This caused a misunderstanding between two of them and because of this their beautiful relationship was terminated.

In one of his interviews, Shatta said that he lived in all of the Accra’s ghettos and that life was very tough. Very often he had nothing to eat, and now he is grateful to God for making him what he has always dreamed to be.

In later years, Shatta mastered his dancehall by going to Jamaica. Once he said that he was a tutor for every Ghanian boy who wanted to learn dancehall genre, and that is no wonder that they gave him nickname King.

Shatta began with his music career when he was in high school. There he learned how to sing and how to play a keyboard. In those days he had a nickname Doggy.

During his days in Winneba Secondary School, he was very dedicated to music. He managed to master his dancehall craft which brought him popularity among Ghanaians on the street.

Very soon he made his first song, called “Moko Hoo”. This song brought him recognition. It featured his colleague Tinny and in those days Shatta was known by his nickname Bandana when he was on stage.

Later that year, “Moko Hoo” was nominated for the Ghana Music Awards.

After his first song, two more came along. “Obaa Yaa” and “No Problem” were the next two tracks.

Although these three songs brought him popularity among his fans and made him the mainstream of music scene of his country, he disappeared from the Ghanian music scene.

After his first music steps, he changed his name to Shatta Wale. His new career started in the small community of Accra, called Nima.

Here he had a lot of fans who were enjoying his work and his songs made them feel empowered.

Shatta posted his songs on social media every day and he also performed throughout all small communities of Accra, most of the time in Nima.

His new songs, “Anastasia”, “Telephone No” and “ My Eyes on Di Money” slowly began to bring his popularity back. These songs began to revive a dancehall genre in Ghana.

Shatta continued his work and made a few more songs. Those were “Shatta City”, “Everybody Likes My Tin”, “Havana”, “Enter the Net”, and “Dancehall King”, which was labeled as one of his biggest hits after returning into a music scene.

All these songs were received very well, as in Ghana so as in the rest of the world. He had a big success during his tour in the United States and Canada in 2014.

Shatta’s song “Wina Ya Waist”, in which Davido is featuring, was labeled as one of the five songs that have to be listened by The Guardian.

Slowly, he introduced himself to the world music scene, and by doing a great job, this place was cemented to him and his music.

Since the political situation in Ghana was heated, parties (New Patriotic Party and National Democratic Congress) in that country used his songs “Kakai” and “Mahama Paper” in their political campaign during 2016. This made him one of the most influential individuals in his country.

Some of the political parties even tried to convince him to join them, but because of his faithful fans, he refused their proposal.

One of the most successful albums, which proved to be very popular among Ghanaians, was After the Storm. On this album, there were songs such as “Baby (Chop Kiss)”, “Mahama Paper”, “Kakai”, “Biegya (Open Fire)” and “Hol’It”.

“Hol’It” made to the top of Afroboss To 5 songs chart of BBC Radio 1Xtra.

Even Sam Houser, the co-founder of the Rockstar Games, was very impressed with his song “Kakai” and stated that it had a big influence on African people in the United States.

It became one of the top songs on various dancehall charts across the world.

In one of the interviews, Shata stated that he wish this song to be in the Grand Theft Auto 6, a  popular computer game.

During 2017, Shata organized tour across the United States in order to promote his album After the Storm.

After this tour, he went to Jamaica where he shot some videos together with some producers from that country.

His third album was released in 2018 when Shatta signed a contract with Zylofon Music in January. This album was named “Reign” and it was published on October 13th.

This album achieved great success in Ghana and it also appeared as the sixth album of the Billboard Top World Albums Chart.

Shatta Wale proposed his girlfriend Michy (Shatta Michy) during the promotion of his album “Reign”. This happened on the stage of the Fantasy Dome on October 13th, 2018.

Although he once said that he is not going to have a responsible family life until he is 72, the two of them have a happy marriage and also have two children.

Since the musicians have a very bad reputation that they are irresponsible, actress Grace Omaboe once said that this doesn’t refer to Shatta Wale, because she knows him as a very responsible family man.

On July 8th, 2017, Shatta was presented with the Key to the City by Joseph Petty, the mayor of Worcester. He was recognized as a great contributor to the arts and because of that, he gave him this acknowledgment.

Shatta Wale is an ambassador of Guinness Ghana Breweries. This happened in 2014.

Also, he has become the Rush Energy Drink’s brand ambassador.

He also signed a contract with Boss Baker Beef Roll on November 17th, 2017.

For his contribution to reggae music in Ghana, as well as on global level, he got an honoree award at the 37th Annual Chicago Music Awards.