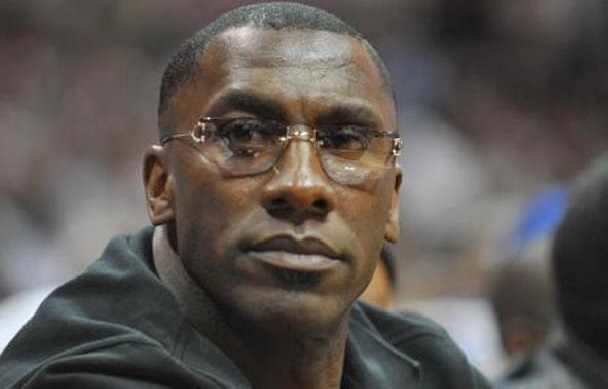 Shannon Sharpe is a very well-known American football player and he used to have a really important role in the Denver Broncos, but in the Baltimore Ravens as well.

Both of these teams were high positioned teams in football and therefore Sharpe was a really popular person back in the day, getting a lot of interviews and managing to enjoy his life while maintaining privacy.

Many times he was featured in the National Football League and he used to be a an analyst on a famous telecast called NFL by CBS Sports.

He later became a famous person on the TV as well and was a co-host on the show called “Skin and Shannon: Undisputed”. He worked with Skip Bayless, a sports columnist.

Shannon became a part of the Pro Football Hall of Fame during the summer of 2011. This is the biggest dream of any football player and therefore he was very happy to be included on the list.

Although media usually don’t talk too much about childhoods of famous sport stars, we do know a bit about Shannon’s life before he got famous.

It’s not nice to talk about someone as if they are just a relative of someone more important, but the fact is that Shannon is a younger brother of the former NFL receiver called Sterling Sharpe.

He was born on June 26, 1968 in Chicago, Illinois in United States and little did his parents know that he was going to be a true star.

He was raised by his mum Mary Alice Dixon and his dad named Pete Sharpe. He is very thankful for everything his parents gave him and said that it would leave a huge impact on him if they were not as supportive and as loving as they were.

They grew up in Glennville in Georgia and they had a really terrible life because they were barely making ends meet. It was pretty tough for the big family to pay their bills and they all had to sacrifice in order to help bring money to the household.

When he was a kid he made some extra cash by taking jobs no one wouldn’t: he caught chickens for a farmer and did some hard work in the fields where tobacco was grown. This is something that he talks about quite often and isn’t afraid to share it. He says that it’s important to let people know that most people don’t start out fantastic, but end up being successful anyway.

It was a tough mission to cover their monthly bills and, in an interview later, Shannon joked about this part of their life.

He said that, even if they were to get robbed, the robber would probably see they don’t have anything and they would end up taking the stuff the robber already has.

He didn’t enjoy school at all. He barely passed it and the only thing that was intereresting to him at the Savannah State was the football team and the basketball team he was already in.

As a student at Savannah State University he was very good and in the end he graduated in the field of Criminal Justice.

Besides being a good athlete and beating school records in long jumps and triple jumps, as well as discus throws, he ended up on the Athletic Conference and he got noticed there.

He also trained basketball and track. He found peace while playing sports and he often says that his coaches were his friends. He had a pretty busy schedule, one may say, but he surely did enjoy his life and wasn’t feeling miserable at all.

His NFL career started when he was drafted in the 7th round of the famous 1990 NFL Draft by the Denver Broncos. He got along with his teammates well and he was very proud of his work so he decided to stay there until 1999.

By this time, he became a famous person of Super Bowl XXXII and XXXIII. He did a bunch of interviews at this point of his life and the media was very happy whenever he was around.

When the 1997 season ended, he had a fun gig with the General Mills’ Wheaties box. He and other 4 Broncos made a fantastic commercial that was very well received amongst people and made them even more famous.

He then spent two years with the Baltimore Ravens and he again made his momma prouod on the Super Bowl XXXV. He then decided that he was doing better with Broncos and returned there to play with them.

This lasted up until 2003 and he decided that it was about the time for him to retire. He then became a famous NFL analyst for the Columbia Broadcasting System. It’s an American TV channel.

His career was pretty exciting and many people who analysed his statistics often claim that he was one of the best players the Broncos ever had.

Ozzie Newsome is the general manager of a club called Ravens and he always used to say that he is a big threat to any team when he is on the field. Sharpe was pretty happy when he heard this because he knew that his effort was noticed.

Sharpe was a part of the All-Pro Team for four times and he played in the Pro Bowls for about eight times all together. This is a pretty amazing number and not a lot of people reached this.

In 1992, he was in a playoff game and his team was playing against the LA Raiders. He has 12 receptions and a touchdown as well. These are all fantastic statistics!

His career lasted for 14 years and he played 203 games during the period. He managed to reach a high number of 815 receptions and 63 touchdowns.

After he stopped playing and became a commentator for a show called The NFL Today, he started to get many other gigs as well. Some of them included shows like the Sprint Halftime Report and the Subway Postgame Shot.

He soon replaced Deion Sanders and joined James Brown. Shannon also worked with Dan Marino and Boomer Esiason, as well as with Bill Cowher. All of these people used to be top athletes and now they switched over to create TV careers.

He used to play games as well and critics say that he is very funny and talks about important things, but he has a very poor grammar and, since he has a notiecable lisp, people got annoyed by him as well.

Some people used to joke about him not mentioning three real words per sentence, but his fans got angry and the satirical article has to be taken down.

In 2013, he switched over to writing and became the columnist and the spokesperson of FitnessRX. He was also on their September 2013 cover!

He is currently hosting the Sirius NFL Radio  program, which airs in the morning. He and Bob Papa, a football commentator from New Jersey, have a lot of fun daily.

In 2009 he was amongst nearly twenty finalists that were supposed to be in the Hall of Fame for Pro football player, but he wasn’t chosen . In 2009, the NCAA Football Hall o Fame said that Shannon will be a part of the Hall in December of the same year.

The Savannah State University still keeps his jersey there. They are very proud of his student and also talk about him as a prime example of how training during school can lead you places.

In 2010, he was nominated as a semi-finalist for the Hall of Fame again and he was inducted in February of next year. This was a pretty huge thing for him and the moment when he was escorted into it was pretty emotional for him.

He also appeared on a show called the American Dad! In an episode called The Scarlett Getter.

Sharpe is now a part of Skip Bayless in FS1’s fairly new show full of debates. It premiered on September of 2016. It wasn’t successful when it started out, but it slowly gained views. It isn’t the most popular thing in the world but, again, it is interesting.

Shannon became very successful with his other career because he has a very entertaining, but honest nature which people recognized. They enjoy his presence and that’s probably the reason why they watch his show.

He says that he is lucky to be on a job where he could be himself and be candid about everything not only football.

He was called out about a lot of his topics, especially racism. He says that the race topic is a very uncomfortable topic because America was founded on racism.  It is hard to speak about it.

He felt racism on his own skin because he was born in the 1960s and became a great athlete in the 1970s. He always felt that his color of skin was the first thing people see on him.

Shannon  grew up in a very poor rural part of Georgia and is aware how lucky he is. His grandmother Mary Porter who he respects a lot taught him not to be selfish. He could forget about others now when he is financially secured and rich but she learned him what conscious is and how you always have to listen to it.

He likes “Undisputed” because he has the chance to meet a lot of athletes he otherwise wouldn’t. He was especially proud and happy to interview Jesse Jackson.

He felt the same kind of respect when Magic Johnson came to their show. He loves to talk to various people in the industry and enjoys to learn something new everyday!

There is a lot of controversy related to Shannon and most of it is connected to his girlfriend at the time, Michelle Bundy. At one point in their relationship, she filed a restraining order against him and their relationship soon started to crash down.

This was in September of 2010. She decided to go to the Atlanta court and she accused her boyfriend of sexual assault and said that he had threatenede her life as well. Bundy supposeadly forced her to have sex with him at one point in their relationship.

The restraining order was dismissed because there was no proof to this, and to the order charges that included Sharpe watching his girlfriend over the surveilance camera. In the end, the media found out that she made the whole thing up and that was the end of their fight.

Until recently he was in a longterm relationship with a fitness instructor named Katy Kellner but she decided to quit their relationship.

She posted the news about her new boyfriend Marlon Byrd on her Twitter account and she is even impregnated by him. Marlon is also involved in fitness so Katy has a lot on common with him.

It was a shock for Shannon but as usual he found a way to overcome it with irony stated that it didn’t take her long to find another black man.

It is known that he has three children and that they are all grown up but he never revealed who is their mother (or mothers).

The children are named Kaley, Kayla and Kiara.

Shannon has a crush on Nicole Murphy.

He is a huge fan of dogs and he was even a correspondent at the Westminster Dog Show in 2018 and he had a great time there.

He has his own three dogs and he enjoys walking around with them. He says that it’s a great method to relax and that one can surely enjoy life that way.