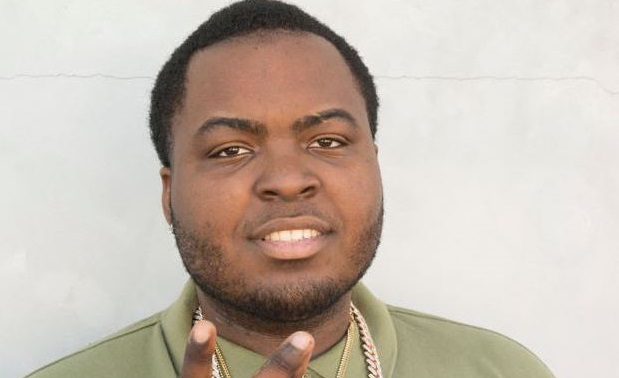 Sean Kingston is a young Jamaican-American rapper and a singer who became very popular after he was discovered on My Space. He is one of the rare people from MySpace that actually created a whole career out of their clout.

He became famous worldwide after his collaboration with Justin Bieber on their hit single collaboration named Eenie Meenie. This hit brought him a huge fanbase because Justin had his fans, Beliebers, who were ready to conquer the world and they were really fast to support Sean Kingston as well.

He was born as Kisean Anderson on February 3, 1990, in a town of Miami in Florida, United States. His mother Janice also gave birth to two of his siblings. His family relocated to Kingston in Jamaica when he was a boy of six. He enrolled a Jamaican Ocho Rios High School in the town of Ocho Rios in north Jamaica.

After 3 years of studying, they migrated back to the US. He said that he knew he would have much better opportunities back there and that he would be able to meet people that would work with him later on in his career.

Sean comes from a very musical family – his grandfather was Jack Ruby (a stage name for Lawrence Lindo) and he was a very respectable reggae producer.

Sean was acquainted with native music very fast, mostly thanks to a Reggae legend Buju Banton who was the friend of the family. He said that it was a truly loving experience to learn about music through his eyes and that he would not be the artist he is today if it weren’t for him and his fantastic love for music.

He had problems with the law when he was only 11- he was jailed for breaking and entering and had to spend 21 days in jail which was a big shock for such a young boy.

After his mother ended up in jail when he was 14 he had problems with making music because he lived with his aunt who claimed that rap music comes from the devil. So he couldn’t create music in her home.

In 2007 Sean got discovered through My Space. This was no ordinary social media platform and Sean was very happy to get noticed because many people didn’t and since My Space ended up getting brought down pretty soon, he was lucky that he already found people to work with.

He was introduced to J.R. Rotem who offered him a contract with the record label “Beluga Heights.”

He was noticed by Matt Tobin who enabled him to get signed to Sony Record label. In the spring of 2007, Sean released his single “Beautiful Girls” which came to No. 1 on Billboard Hot 100 list. It became a huge hit all over the world, from Australia to the UK.

These songs were made in collaboration with producers Kardinal Offishall and the legendary Vybz Kartel.

Sean wrote the lyrics for “Beautiful Girls” himself because he was a very skilled songwriter. He loved to write music and he thought that it would be a great son to make, so he created an uplifting mood in it.

He has written a lot of the songs from his album and the track “Dry Your Eyes” is especially emotional since he wrote it from the bottom of his heart and explained how he felt when his sister and his mum went to jail and he was left alone.

He was only 14 at that time and his mother was sentenced for one year of jail and his sister was sentenced for four months. This was a really hard time in his life and he was really worried that he would be judged because of this later on in his career.

Gwen Stefani invited him to be her opening act on her “The Sweet Escape” tour after which he did to same for “The Beyonce  Experience”. This was a really cool experience and he said that it felt absolutely surreal as well.

In 2008 he again played before Kelly Clarkson on her “My December Tour” and he also had his “Beautiful Girl” World Tour. He loved to work with her and he said that she was one of the best and most kind artists of her time.

He was named as the second on The Year’s Hottest New Music Stars, immediately after Soulja Boy in Forbes. This was a really big thing for him and he knew right away that this would help him a lot later on.

He was also nominated for the Image Awards in 2008, in the category of an  Outstanding New Artist.

In 2009 he has released his album “Tomorrow” which was made with the help of Wyclef Jean, RedOne and J.R.Rotem.

The most notable singles from the album were ‘Fire Burning and ‘My Girlfriend.’ ‘Face Drop’ was also very listened.

Sean Kingston is also a songwriter and he was one of the writers on “Watcha Say” by Jason Derulo.

Sean discovered another reggae singer on MySpace named Iyaz and signed him to his label.

He collaborated with Sugababes on their “Miss Everything” single from “Sweet 7” album.

Sean and DJ Khalid appeared on “For My Hood”, a single made by Bow Wow. It was featured on a soundtrack for “The Lottery Ticket” movie.

In 2010 he released his new album which was featured by many known stars such as Nicki Minaj, Kanye West, and Justin Bieber.

His 1st single was named “Eenie Meenie” and it featured Justin Bieber. The single became a hit throughout the world. Bieber also placed it on his “My World 2.0” album.

The 2nd single was made with Nicki Minaj and was also very popular. It was titled “Letting Go”. In 2010 he appeared on the Singapore 2010 Youth Olympic Games as a representative of the North & South America in the theme song “Everyone”.

He appeared on “106 & Park” to perform with Bow Wow and DJ Khaled the single “For My Hood”. Kingston also appeared on Justin Bieber’s tour.

In 2011 he has released his debut mixtape titled “King of Kingz” and it was available for free download.

In 2012 he appeared as one of the performers at Dubai Caribbean Carnival at Dubai.

He was a guest star on an episode of “Black Dynamite” which is released on Cartoon Network.

In 2015 he released a new single “Wait Up” which was going to be the leading single off his new album.

In 2017 he released another mixtape called “Made in Jamaica”.

In 2018 he had a collaboration with Giusy Ferreri, an Italian singer.

As for his TV appearance, he had a cameo appearance in “Black Dynamite” with Bob Marley and on the show titled “Adult Swim”. He guest appeared in the company of   David Alan Grier and Kid Rei.

In 2010 he was featured in PETA’s ad against chaining dogs. He is a big fan of animals, especially dogs.

In 2010 he had a jet-skiing accident in Miami after which he ended up in the hospital. It was the same year when he was accused of gang rape (alongside his bodyguard) but he settled outside of court with the 19-year-old victim in 2013.

He won several awards, such as the MoBo award for the Best Reggae Ever Act in 2007 and a Teen Choice Award for R&B track in 2006 (for his track “Beautiful Girls”).

His mother was arrested for theft when he was a kid.

He lost his weight after his jet-ski accident which was a must have for him no matter the accident because he was overweight.

He had heart problems because of his weight so he had a heart operation too.

He loves expensive jewelry but doesn’t have enough money for it. The court ordered him to pay his debt to jewelers after they sued him.

Sean was in a relationship with Angela Mary Coates bit they never confirmed it.

He was 15 when his mum and sister went to jail. He did 21 days in jail, been in a boot camp and even slept in cars with his family because they didn’t have any money.

He had a fractured wrist and a broken jaw from the accident. He also has water in his lungs.

Today he lives with his mum Janice in LA and has a very small income.