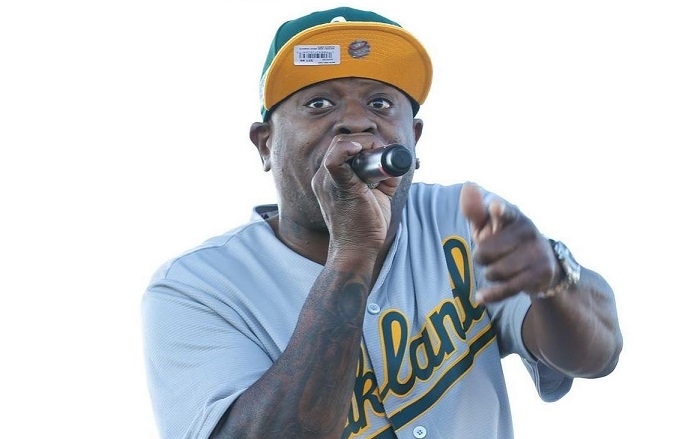 Maybe it is difficult to imagine, but on today’s rap scene, some rappers started in the 80s but who are still active today and have a meaningful impact on business.

They received life awards, often they lecture on Universities and teach others of their life experiences that were tough, and at the same time, they are helping some other artists to make it.

Rapper Scarface is genuinely one of the first OGs in the rap business, who started 30 years ago and still makes an impact on the scene and making some cash along the way.

He has been in the movies, video games, and works with rappers that are half his age.

Even if Scarface is not a rapper that was listened by the broad audience he stayed long in the industry and this sense, he never lost his appeal.

Maybe this is due to new generations who are about to reveal his exciting work, or he is the type of artist who can stay in the public eye just the amount it needs.

Scarface’s real name is Brad Jordan, as one of the first rappers that rise to fame, this was the time of Tupac and Biggy, since the late 1980s, he has been the Geto Boys member, and he has always delivered striking storytelling and rough rhymes about life in and out of Houston, Texas as a place that he came from.

Scarface was brought up as a Christian and converted to Islam in 2006.

In one interview, he spoke about his religion – he said that no one is perfect, but all people strive to it. Being a Muslim has made Scarface a better person. His wife, as he said it, he was a bad boyfriend, but now he is a great husband.

His name is not a difficult task to guess where he gets it from – from the famous movie that stars Al Pacino – Scarface.

He left high school when he was just 16, and he stated once that he was diagnosed with manic depression.

In his memoirs, he spoke openly about his struggle with addiction and his many attempts to take his own life.

He described himself in those moments, as mad and sad.

Scarface attended “Missouri City Junior High” in Texas, and he was a member of a football team.

He began his career as DJ Akshen -he recorded and worked as a DJ for a local record label in Houston called “Lil’ Troy’s Short Stop.”

In 1989 he released the 12″ single “Scarface/Another Head Put To Rest” produced by Def Jam Blaster, Scarface sign with Rap-A-Lot and joined a group “Geto Boys”. He replaced one member who left – they published the group’s second album called “Grip It.”

Real success came after the album “On That Other Level” released in 1989- this was the moment when he gained the significant fan base.

The thing that was so typical of this group and Scarface was their lyrics -violent verses that keep them away from “mainstream” MTV.

But the big success came when he released the album “Mr Scarface Is Back” – he became the most popular of all Geto boys.

He once used stage name DJ Akshen – and in that time he wanted to be a solo artist, but he eventually became a part of the famous Geto boys – Johnny C, Jukebox, and Raheem and DJ Ready Red.

He was the most thriving member of the Geto Boys, and all of his albums were gold or platinum. His solo debut, “Mr Scarface is Back,” sold a half- a million copies; the sophomore follow-up, “The World is Yours,” went platinum. Later albums like “The Untouchables,” “The Diary,” My Homies,” and “Last of a Dying Breed,” featured MCs like Ice Cube and Tupac Shakur.

Scarface’s hit single “Smile” that was released in January 1997 featured late rapper Tupac Shakur – it was his last song. It is a known the fact that these two were good friends.

He received an award for his work on “The Diary and The Last of a Dying Breed” – this earned him Lyricist of the Year at the 2001 Source Awards.

The next year, Scarface released “The Fix” – the album he recorded an album with Geto Boys it was called”The Foundation”.

Scarface worked on The Biggie Duets with Big Gee and Akon.

He was even the guest on a single called “Bumpin’ My Music.”

Scarface said on one occasion that the best combination would be to see and hear Young Jeezy and Rick Ross together, or Andre 3000 and Kanye West.

He made an album for famous rapper French Montana.

One of the exciting aspects of his career is the fact that he worked from 2000-2005 as the coordinator and president of “Def Jam South”.

One of his revelations was rapper Ludacris.

In 2005,  a famous comedian Chris Rock honored Scarface as one of the best three rappers of all time.

He also worked as a producer –  we are talking about three songs on UGK’s Underground Kingz including “Still Ridin’ Dirty”, “Life Is 2009”,  and “Candy”.

In 2008, Scarface worked with rapper Tech N9ne on his album Killer -the song was “Pillow Talkin'”.

At the 2009 Gathering of the Juggalos, Scarface performance was one of the best.

In 2010, he declared that he was working on a new album entitled “The Habit” – that featured amazing musicians like John Legend and Drake.

Next year was marked by his collaboration with famous Ice Cube on “Insane Clown Posse remix ” that was called “Chris Benoit.”

This rapper’s career is long over three decades, but there is not much information about his private life, even though that information that is available is interesting.

He was married to a woman named Karrine Steffans – Scarface cheated on her, and eventually left her to be with another woman.

He has son Brandon with Melissa Lollis.

He is now married and has 5 kids in total.

When he writes his rap, he first finds a topic, and he does serious research on it – he knows what he is talking about in his songs. And this implies that he “visits” negative places if he speaks of negative topics.

Scarface said once that the most important stuff and the point of all his songs are hidden in the first couple of words in his songs.

In 2011, the public found out that he has been arrested, without bail, because he did not pay the child support in four different cases, but eventually, he was released from prison.

Only one information came to the public, and Scarface claims that he was the cousin of singer Johnny Nash.

After a 30-year career, Scarface was honored by his native city of Houston.

He attended Woodson Middle School in Houston, Texas and he was a dropout, but eventually, he was

He was acknowledged for his skill as a rapper/musician and his philanthropic work in the Houston community – Houston Mayor Sylvester Turner declared June 26 at Brad “Scarface” Day.

Scarface work, produced and toured alone, but he stayed in the group and simultaneously released a series of solo albums – this was the thing that kept him in the public eye and helped increase sales. This was undoubtedly a part of his wealth.

He appeared in the Mike Judge film Idiocracy as a pimp named Upgrayedd.

In 1999 film Office Space his soundtrack was used – these were songs “No Tears” and Geto Boys “Still” and “Damn It Feels Good to Be a Gangsta”.

Scarface appeared in two video games – one is “Def Jam Vendetta” and its sequel “Def Jam: Fight For NY”.

Scarface was awarded in 2015, on BET Hip Hop Awards.

In his 2015 – Scarface released a memoir – in small details he speaks about his childhood, first record deals, and life in general.

So, when we combine his producing work, alone and in the group, his appearances, other lucrative deals, participation in movies and video games, you can see how he gets his money.