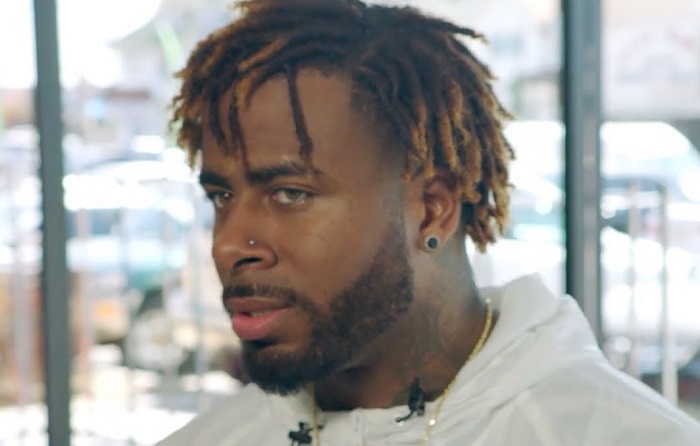 Dominic Woods, also known by his stage name Sage the Gemini is a known American rapper, record producer and a singer. He is a pretty well-known figure nowadays, but he wasn’t always this famous. His path to fame was actually pretty tough.

He is a member of a group called The HBK Gang and has become famous for his hit single called “Gas Pedal” which manage to climb as high as No. 20 on the Billboard Hot 100 list.

He was born on June 20th in 1993 in San Francisco located on California, the United States by the name Dominic Wynn Woods.

He lived in Fairfield, also in California all his childhood and moved with his family there when he was about 6 years old.  He said that this was a big problem for him as well because changing places all of the times, not something you want to experience as a kid.

He got into music when he was only a very young teen and after he bought a microphone from Gordon’s Music and Sound shop in the town he lived. He said that at the time it was a big investment and he didn’t have the cash but had to make it.

He often recorded and produced covers of his favorite songs when he was a kid. He recorded his first track ever when he was only 14 years old, and it was called “Made In China”.  He said that it was a huge thing for him and he had to step out of his comfort zone for sure to be able to provide that content.

His name “Sage The Gemini” comes from the color of his eyes and the fact that his zodiac sign is a Gemini. He doesn’t believe in the zodiac, he says, but he found it very catchy and therefore wanted to

Dominic has released his first single in 2008 when he was just 15 years old which is very early. He said that it was very interesting to him to make music at this age as it was an escape from his daily life.

It was called “You Should Know” and he uploaded it on MySpace so it would be available to anyone who liked his music. There, it became a huge success and got over 3 million views from around the globe.

He was extremely surprised with such success and pleased at the same time that he became known in such a young age.

After that, he joined the Black Money Music Group. After that, he also joined The HBK Gang, because Iamsu! was one of his closest friends and the two of them had a great collaboration together and wanted to continue in the same way.

In March of 2013, he released two more singles. They were called “Red Nose” and “Gas Pedal”. The latter was also featuring Iamsu!, his close colleague.

This single reached No. 29 on the US Billboard Hot 100 and also got to No. 6 on the Hot R&B/Hip-Hop songs chart which was a major success for him.

Both songs were huge hits and he made a lot of money with them, which led to him getting a lot of offers from record labels that wanted him to sign to them.

In August in 2013, he signed a deal with Republic Records. The two already mentioned hits, “Gas Pedal” and “Red Nose” was certified Platinum by the Recording Industry Association and brought him high revenues in that period.

Sage the Gemini released his debut studio album titled “Remember Me” on March 25 in 2014.

“Remember Me” was released by HBK Gang Records and Republic Records.

Many producers worked on the album alongside Gemini: The Exclusives, League of Starz and Tha Bizness.

It featured artists like Iamsu! And Kool John. Some of the tracks from the album are “College Drop” made in collaboration with Kool John, “Mad at Me” made with IamSu! And Jay Ant and “Down On Your Luck” made with August Alsina.

He stated that he will be releasing his new album called Bachelor Party but it has delayed the release since. Originally, it was planned to be released in 2018.

Dominic worked with a lot of artists such as Nick Jonas, Trina, and Chris Brown. This is very important to him because he likes to work with many different people and those who are in different genres to spread his love for music.

He released his singles with Nick Jonas and Trey Songz after his successful “Remember Me” album and they were called “Good Thing” and “Guantanamera”.

He has performed alongside IamSu! at The Arsenio Hall Show which was their first late-night TV performance.

The two of them already guested on David Letterman and Jimmy Kimmel show where they performed Sage’s song “Gas Pedal”.

He is a very close friend of IamSu whose real name is Sudan Ahmeer Williams. Sudan is older than Sage but only 3 years.

Sudan became a close collaborator with Gemini and Gemini thinks of him almost as his older brother.

They spent a lot of time recording and performing together, and even traveled on tours together as members of HBK Gang – or Heartbreak Gang.

In 2015, Dominic was rumored to be dating Jordin Sparks. She is a singer and a songwriter and is known for winning the sixth season of American Idol.

Jordin confirmed that online but the relationship ended very quickly, in May the same year.

Jordin’s relationship with him ended in the newspapers after Curium Hurley, who was his ex-girlfriend, released an audio of a conversation between her and the rapper where Gemini stated that she is so annoying that he wanted to “stab” her.

Currently, he is single. He doesn’t mind that and he plans to stay this way for a little while because he needs to focus on other things.

Dominic has a daughter called Lai’lah Woods. There isn’t much information about her and he doesn’t like to give them out.

Sage stated that one of the artists that inspired him the most is Kanye West.

Dominic loves tattoos and has a bunch of them. He has a huge “GEMINI” tattoo on his arm. He also has a dragon tattoo.

He prefers to wear a beard so he has one most of the time.

In his interview with the “Clash” magazine, he stated that he wasn’t born with a silver spoon in his mouth and that he thinks that this is the reason why he is humble and respective.