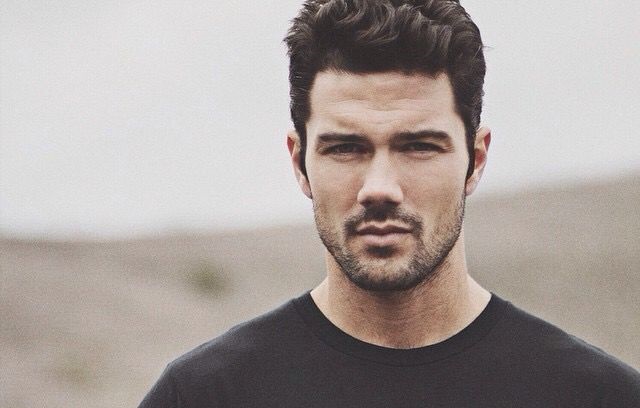 Ryan Paevey is an American autor and a model widely known for his role of a police detective Nathan West in a TV soap opera „General Hospital“.

He was born as Ryan Jacob Paevey – Vlieger on September 24, 1984 in Torrance,  California. He spent most of his childhood in Los Angeles,  together with his father Les Vlieger,  mother Linda Paevey and his little sister Kaitlyn. He claims that his childhood was great and that he could never ask for anything more than what he got.

He was a very enthusiastic sportsman in high school: he ran track and his favorite,  the cross country.

He was also a great surfer but he was also very interested in cooking. He was very helpful to his father,  helping him work on construction sights and financially helping by it. Ryan never found it hard to help his father nor did he find it hard to put his work second because of his family.

He is very versatile since he has Dutch and Indonesian roots from his father’s side.

During high school, he started to model after he was spotted by a scout. This led to acting.

He had a lot of model gigs and worked as an actor on Katy Perry’s and Cher’s videos. He was a double for Robin Thicke while producing his video called „Sex Therapy“. In 2012,  he appeared in „Your Body“, a music video made by Christina Aguilera. This brought him a lot of attention since it’s a big thing to appear in a celebs music video.

He was a model for a clothing company called Izod and also appeared on a TV commercial for Corona Extra beer.

A lot of people that surrounded him were ecouraging him to try himself in acting. He never thought about it before and he never found it interesting.

After an audition for a TV series „General Hospital“ he became their new member as Nathan West. He has been acting in the series since 2013.

In 2015, he got a leading role in a movie named „Unleashing Mr. Darcy“ filmed by the Hallmark Channel. Hallmark turned again to him in 2017, for a role of Will Nash in the movie called „Harvest Love“.

He is also a businessman and in 2016 he launched his own brand called Fortunate Wanderer which contains jewelry, outdoor gear and more. He says that he is very proud of it.

Ryan is currently single and he never confirmed any of his alleged relationship and never posted pictures with his girlfriends neither on Twitter or other social media.

Media is accusing him of dating various women he meets on set,  but Ryan seems to have a problem with getting into serious relationships.

His favorite food is sushi.

He can read Japanese and speak it. It was one of his life aspirations ti learn it.

He also speaks a little French, but he isn’t fluent.

He is a big fan of motorcycles so he has one and he called it Lilith, which is strange.

In 2015, he was involed in an accident. He broke his wrist while camping on the 4th of July.

He calls himself a nature lover because he spends a lot of his time outdoor. He often goes camping like he did when he was a kid, goes hiking or rock climbing. That is a good way for him to keep himself in shape.

He travels a lot and is always seeking for adventure. He says that the worst thing about traveling is the fact that he can’t go out unnoticed.

General Hospital where Ryan acts was listed in Guiness World Records as the longest running TV series in America.

His network, ABC, revived “Battle of Network” show and gathered 20 teams, each including five celebrities, to compete in the show.

They are battling against each other in athletic games such as Dunk Tank and Archery. Ryan competed in the “Cops” team against “Sci-Fi/Fantasy” team.

He is a great fan of tech and video games, so when he is not outdoors he is playing games. He says that his childhood wasn’t full of video games and that it’s probably the reason why he spends so much time outdoors. However, he also loves simulation games and plays them when he has spare time.

He says that he is a man of many interests and that you can talk to him about anything that comes up your mind.

Ryan Paevy is a well known American model and an actor in a soap opera “General Hospital”. He is a big fun of nature and everything involved.