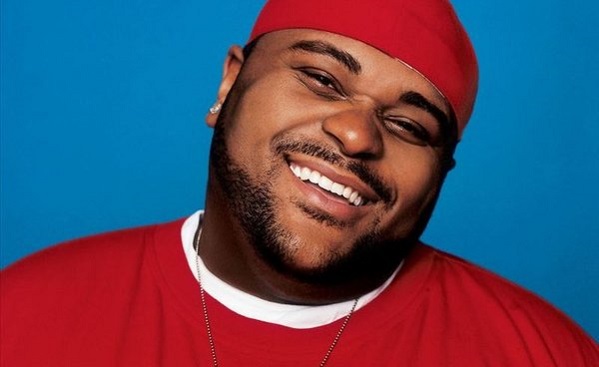 He is an American actor and pop, gospel and R&B singer. He became famous after he became the winner of the American Idol competition, during the second season.

In 2003, he was nominated for a Grammy Award for Best Male R&B Vocal Performance when he recorded “Superstar”.

After his participation in the American Idol, he has published seven albums and one of them was Soulful which was platinum-selling a record. Shortly after this, he published his gospel record, I Need an Angel, which was also the bestseller.

Ruben Studdard is best known for his music career, during which he has recorded numerous hits, such as “Sorry 2004”, “Flying Without Wings” and “Change me”.

He has taken part in some stage and television projects too. The role of Fats Waller, which he played in Ain’t Misbehavin’, that got Grammy nomination for its soundtrack, brought him fame as well.

The Biggest Loser, a competition for people who want to lose weight, was one of the shows where he appeared in 2013.

With Verve Records he signed a contract and also had collaboration with David Foster, the chairman. They collaborated on his album, Unconditional Love, which was released in 2014 and it was actually his sixth album recorded in a studio.

This album got excellent reviews and it was followed with a tour with his colleague Lalah Hathaway.

Many people have compared Ruben Studdard with famous R&B singer Luther Vandross, and in 2018 he published a cover album named Ruben Sings Luther.

The same year he began his tour across the country which was called Always & Forever.

During December 2018, Studdard made his debut in Broadway theatre, where he played in Ruben & Clay’s First Annual Christmas Carol Family Fun Pageant Spectacular Reunion Show (this show was also known as Ruben & Clay’s Christmas Show). All this was being held in the Imperial Theatre.

Ruben was born in Germany, in the city of Frankfurt.

His parents were American and his father worked for the U.S. Army, and he was located in Germany at that time.

The famous singer grew up in Alabama, in the city of Birmingham.

He was the youngest child, and when he was only three years old, he made his singing debut at the Rising Star Baptist Church, in Birmingham.

He went to Huffman High School and his favorite sport was football. For playing football he got a scholarship to Alabama A&M University.

While studying at this university he became a member of the Omicron Delta chapter of Phi Mu Alpha Sinfonia, which was American music fraternity for men.

While he was growing up, he used to listen to the albums that his mother had, such as Fred Hammond, Donny Hathaway, and gospel music too. Because of this, he decided to make a music career so he attended voice studies at the University of Alabama.

Just a Few Cats was a famous R&B and jazz band from Birmingham which was founded by Ray Reach’s UAB Jazz Ensemble members, in which Studdard sang together with some other musicians from this city.

In the years after that, Studdard said that there were many people who did not realize how much effort he made in order to get into this business, much before participating in the American Idol and he also stated that he was working extremely hard in order to make demos.

He was asked by a female singer who was a back-up in Just a Few Cats to be her companion in Nashville, in Tennessee, during the audition of the second season of the music contest American Idol in  2003.

The period of his career between 2003 to 2004 can be called Soulful. During this time Studdard’s first single was released.

This was actually the song which he presented during the final of the American Idol and it was produced by Babyface and The Underdogs.

This single was a cover of “Flying Without Wings”, made by Westlife. It was a top seller single and it was on the second place of the Billboard Hot 100.

Even before it was placed in stores, during December 2003, this album Soulful was ordered in one million copies.

“Sorry 2004” was the single that was published on this album and it was on the ninth place of the Billboard Hot 100 chart, and the second place on the Billboard R&B singles chart.

In December 2003, Studdard was nominated for a Grammy Award for Best Male R&B Vocal Performance for the song “Superstar”.

Studdard’s idol, Luther Vandross, was nominated too, and eventually, he was the winner of this prize.

On November 23rd, 2004, another Studdard’s album was released. It was I Need an Angel and the main theme on this album was gospel music.

The song after which the album is named, “I Need an Angel”, was first performed by Daniel DeBourg in 2002, an R&B singer, and R.Kelly wrote the lyrics.

More than 96,000 copies of this album were sold just during the first week. Also, the album appeared in the first place on the Gospel charts, and on the Billboard 200 chart, it appeared on the 20th place.

Ever since it was released, it has been sold in more than 500,000 copies, and the Recording Industry Association of America gave it Gold certification. On the 2005 Billboard Year-End Gospel Albums Chart, it appeared on the first place too.

Ruben made a short appearance in Scooby-Doo 2: Monsters Unleashed in 2004, where he was singing a cover song “Shining Star” by Earth, Wind & Fire.

In TV shows, One on One, Eve, Life on a Stick, All of Us, 8 Simple Rules, Studdard appeared as a guest.

He was also co-writer on a couple of songs which appeared on this album.

71,000 copies of the album The Return were sold only during the first week after its release, which secured it the eighth place on the Billboard 200 album chart.

“Change Me”, the main track on this album, appeared on the first place of the Billboard’s Urban Contemporary chart.

“Make Ya Feel Beautiful”, the second most popular song from this album also left great impressions on the charts of R&B music.

Ruben Studdard continued going on numerous tours, and he stated that on these tours he was going to play different kinds of music and that they are going to be something like a party at his own house.

In May 2007, Ruben made an appearance on the American Idol 6th season’s final.

Together with Robin Givens, he went on a tour which lasted for a few weeks, and this tour was related to Heaven I Need a Hug, a comedy-drama.

He was preparing himself for Fats Waller’s role during the tour of Ain’t Misbehavin’ across the country, during 2008. This tour was supposed to start in Atlanta, on November 17th, 2008, and its end was scheduled for Syracuse on May 14th, 2009.

Because of the low sales of the album The Return, Studdard terminated his contract with J Records music company in December 2007. This album even failed to meet expectations and it was also one of the reasons for contract termination.

His continued his work with 19 Recordings and they assigned him to perform in the season 7 of the American Idol where he sang “Celebrate Me Home” which was a farewell song. This song was produced by Jimmy Jam and Terry Lewis.

The song “Love Him Like I Do” was a collaboration with duo Mary Mary and Deitrick Haddon, a gospel singer.

Ruben Studdard’s next album was “Love Is” which was released in 2009. On this album, there were singles “Don’t Make ‘Em Like U No More” and “Together”.

This album, among original songs, also contains cover songs, and it was sold in more than 15,000 copies during the first week.

He also toured throughout ten cities with David Foster during 2009. This tour is known as “David Foster and Friends”.

In 2010 a compilation album was released, called “Playlist: The Very Best of Ruben Studdard”

Studdard’s fifth studio album was in cooperation with Shanachie Entertainment, and its name was “Letters from Birmingham”. It was released in 2012.

On this album, there were songs like “Do It Right” (a duet made with Chrisette Michele) and interpretations of Bobby Brown’s songs, “Pure Imagination” and “Rock Wit’cha”.

On February 2014, his album Unconditional Love was released. This happened at the end of The Biggest Loser TV show in which Studdard participated.

The lead track on this album was “Meant to Be” and Studdard performed this song on the finale of this popular TV show.

From 2015, Studdard continued his work with American Idol, where he was a mentor of the participants, and he also performed with them.

His new single, “Can’t Nobody Love You” was released in 2016, which he has promoted in a couple of talk shows.

A cover song, “A Change Is Gonna Come” Studdard made in 2017 and that is when he appeared on Patti LaBelle’s album as a guest.

Since he was always compared to Luther Vandross, he decided to make a tribute album “Ruben Sings Luther”, and it was released in 2018. As a support to this album, he made a national tour called “Always & Forever”.

In December 2018 Studdard made his first appearance in Broadway theatre. He also revived his cooperation with Clay Aiken, and they were the hosts of the show Ruben&Clay’s Christmas Show.

During his career, Studdard also made a few acting appearances. This includes performing in one of the episodes of 8 Simple Rules, Eve, Life on a Stick and All of Us. Also, he participated in a commercial for Kia.

His role of Fats Waller didn’t go unnoticed and he got some very positive critics for this too. Because of this part, he was a member of the cast that recorded the album Ain’t Misbevahin’ which was released on January 13th, 2009. This album got a Grammy nomination for Best Musical Theater Album.

In October 2006, while he was giving autographs on his CDs in a Wal-Mart in Atlanta, Ruben Studdard met his future wife, Surata Zuri McCants.

They got married on June 28th, 2008. The wedding was held in Alabama, in Mountain Brook, and it was a small ceremony organized for the closest friend and relatives.

Alabama A&M University gave him an honorary Master of Arts degree, and also he got a bachelor degree in Vocal Studies.

He received these degrees in December 2015, at the Commencement ceremony.

Studdard is a founder of the Ruben Studdard Foundation, which is organized for the Advancement of Children in the Music Arts.

The aim of this foundation is the promotion of the arts in education via learning activities in the Greater Birmingham Area.

Due to obesity, he began a fitness program for losing weight, which resulted in losing more than 70 pounds. This happened between publishing the second and the third album.