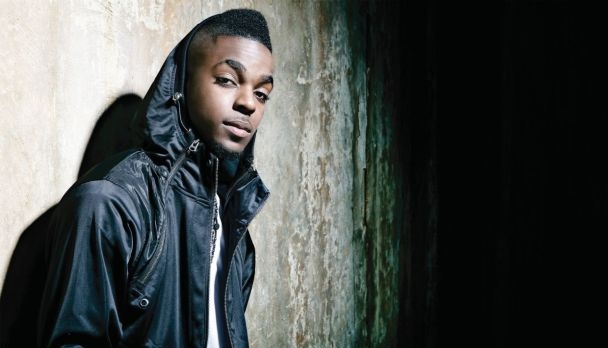 Jeffery Johnson is a young American rapper, producer and a singer mostly known by his stage name Roscoe Dash. He isn’t huge yet, but his career is growing daily due to his great new single.

He became famous after releasing a hit song “All the Way Turnt Up” that got on 46th place on Billboard Hot 100 list. This is probably his best known song and the song he gets most recognition for.

Some of Jeffery’s singles that are also popular are „No Hands“ made in collaboration with Waka Flocka Fame the same year as the single “All the Way Turnt Up”.

Also “Marvin & Chardonnay” that was made with Big Sean back in 2011 was also a big success.

Both of the singles were on the Billboard charts, one single going up on the 13th place and the second one on 32nd place.

Jeffery is also known for working with the industries big starts helping them to write songs. He is a very good songwriter and there have been rumors about him making songs for other popular artists.

Roscoe Dash was born on April the 2nd, in 1990 in Atlanta by the name Jeffery Lee Johnson Jr. He said that he enjoyed spending time in Atlanta and that he was very thankful for all of the chances he got when he was young.

He has spent his entire childhood with his loving parents and a brother with whom he is very close. He is happy that his family is still very close and they try to spend a lot of time together.

Jeffrey was also a very good pupil and student with good grades and behavior. He was always amongst the best in class and his parents had big hopes of him becoming an academic.

He had his parents support no matter what he did and his brother was treated the same way.

Roscoe got into rapping when he was only 12. He was very good at it and he started creating his own rhymes and lyrics.

He started rapping when his older brother introduced him to some interesting rap music. This brought them together and they spent a bunch of time creating rhymes and, when his brother eventually snapped out of it, Roscoe stayed in the music lane.

Together with his bother, he made a rap group when he was still in high school. It consisted of 4 artists and they were called B.O.B. (short for Black Out Boyz). That’s where his original name came. He was called ATL.

Although the group was starting to get noticed, he decided it was time for him to leave it and focus on his career as a solo artist.

That’s why he left B.O.B. He started recording tracks in his basement and he made a lot of mixtapes there. Because of his work ethic, he soon met a sponsor that was sponsoring a rap group named „Travis Porter”.

He knew he had to make his name more amusing for the public and create a new identity in order to be successful. He started searching comic book hero names on the Google and came upon a name Roscoe Dash that really caught his eye.

After he chose his name, he went and released a track “All the Way Turnt Up” in collaboration with Travis Porter. It was released on „I’m a Differenter 2″ mixtape. Unfortunately, Roscoe was only credited as a feature.

Travis Porter stated that that was a mistake, that they didn’t want to credit him only as a featured artist. This caused a bunch of controversy on the scene, but little did they know that he was only going to be even stronger.

In 2009 he also met LA Da Boomman, an entrepreneur. Little after that, he signed him to his label Making Moves Inc. (shorter MMI).

After that, he also signed various deals with the Interscope Records and Music Line Group.

He was introduced to Music Line Group by Booman to its representative called Anthony Tate. He signed to the Interscope records after he met its founder, Polow da Don, a famous music producer.

Soon after he signed to Music Line Group he released a single in collaboration with a famous rapper from Atlanta, Soulja Boy Tell ‘Em, and the track was titled “All the Way Turnt Up”. It was a new version of his old release.

It became very famous and was played on the radio a lot. The year after he signed to the Interscope Records.

After he signed he started working hard on his debut album titled „Ready Set Go!”. Unfortunately, it was leaked and was released before it’s official date.

A year after he was on a song called „No Hands“ he made in collaboration with Waka Flocka Flame, a famous rapper also from Atlanta.

It also featured a rapper Wale that is from Washington DC. The song was so popular it went Platinum three times.

With this song, he won his first ever music award. It was a BET Hip Hop Award for the “Club Banger of the Year” in 2011.

They were also nominated for another award the same year. It was for an ASCAP Music Award.

Roscoe Dash also released a new EP that year. It was titled „J.U.I.C.E.“.

He appeared on a single called “Marvin & Chardonnay” by a famous musician Big Sean. This song was certified gold.

XXL magazine featured him in 2012. He was on the cover of it and was a part of the “Top 10 Freshmen list”. It was a great honor because he was featured on it along with some other rappers such as Future, Machine Gun Kelly, Macklemore, and Iggy Azalea. All of that music is very popular right now.

In 2012. he sparked a new controversy regarding some songs he helped to write for Kanye West and Wale. He stated that he was never properly paid for it.

Kanye and Wale never responded to these allegations but he discovered he just spoke to Wale.

In August of 2014, he released another mixtape. This one was called „The Appetizer“.

In June the year later he released a single titled “Catch A Body”. It was one of the singles from his upcoming album he called „Dash Effect 2″. This album was a great comeback because he wasn’t releasing as much stuff in previous years.

In 2016 he also released another mixtape. It was called „Glitch“.

Roscoe recorded his song „All the Way Turnt Up” and after Travis Porter had it they wanted to be a part of it. Roscoe gladly accepted because they were better known than him, but it ended up with Dash being a featured artist although he made the song.

All of the credits went to Travis Porter after the song became a major hit. It was also featured on a mixtape called „I’m a Differenter 2″ by Travis Porter. All of this made Dash and Porter be in conflict.

In the September of 2012 G.O.O.D. Music, Miguel and Wale (along with Meek Mill later) had an argument with Roscoe Dash over Twitter.

It was because he wasn’t credited on Wale’s song “Lotus Flower Bomb” nor on the G.O.O.D. Music’s album titled „Cruel Summer“.

They were having an argument through Twitter and it ended up in Meek Mill making fun of Dash, and Dash confronting him.

In 2018 he released an album titled „5thy5ive“ that had 72 songs in it. That is an extremely huge amount of tracks in it.

It features artist like Chevy Woods, along with Troy Ave and Tra Tha Truth. He also released „Prequel to 5thy5ive“, which was an intro to the album.

He has a little over 50 k followers on his Instagram account where he mostly posts about music.

We don’t know a lot about his personal life, but we know that he is a happily married man.

He is married to Njari Amina Gayles in 2007 and they’re still in a relationship, raising their children together.

They have a daughter they named Jayla. He also has one more daughter.