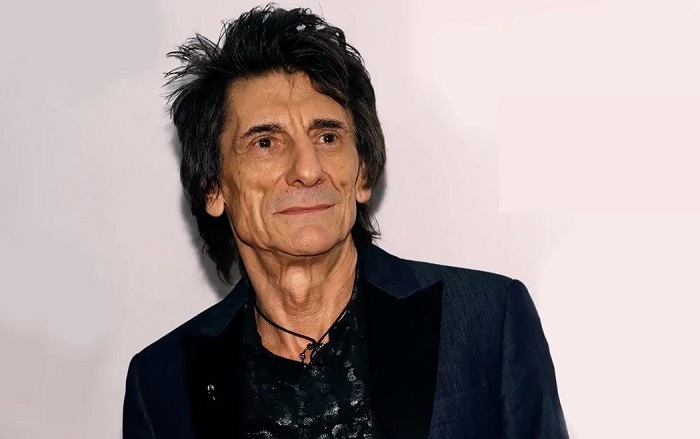 There is probably no person in the world who hasn’t heard of the legendary band Rolling Stones.

These exceptional musicians have made such an impact on the world music scene and their songs are still among favorite songs, even for the current generation.

Their quality and talent is what made them stick with us for so many years, so it is no wonder that band members are now millionaires.

In today’ article we are going to talk about Ronnie Wood, band’s legendary guitarist.

Ronald David Wood, known by all as Ronnie Wood, was born on 1 June 1947 in London. His career as a professional musician began in 1964, when Ronnie was just seventeen: he played as a guitarist for Birds, a rhythm and blues band based in Yiewsley, west of London.

The group boasts a decent fan base and in the mid-sixties it recorded several singles, written by Wood individually or in collaboration with other members. In 1967, however, the band broke up, and Ronnie Wood briefly took part in a project called Santa Barbera Machine Head.

Together with Rod Stewart he plays in the Jeff Beck Group as a bass player, contributing to the making of two albums: “Truthin” in 1968 and “Beck-Ola” the following year.

Meanwhile, Ronnie also collaborates with Creation and the remaining members of the Small Faces after leaving Steve Marriott: the band formed by Wood and his brother Art, as well as by Kim Gardner and Rod Stewart, is called Quiet Melon.

After the fifth US tour of the Jeff Beck Group, Wood and Stewart join the former Small Faces definitively, changing the name of the formation to Faces.

In the summer of 1969, moreover, the two work on what would become Rod’s first solo record, “An old raincoat won’t ever let you down”.

Friend and fan of the Rolling Stones, Ronnie Wood took part, in 1974, in the recording of their song “It’s only rock’n’roll but I like it”, being helped in the production of “I’ve got my own album to do” , his first solo album.

While still in the Faces, he accepts the request of the Stones who intend to hire him to replace Mick Taylor in 1975 on the occasion of their North American tour. The decision proves to be satisfactory, thanks to the guitarist relationship he established with Keith Richards.

Meanwhile, Wood is working on the band’s new album, “Black and blue”, even as the Stones play other auditions, calling Wayne Perkins, Jeff Beck and Eric Clapton into question: it is only in 1976 that the Rolling Stones officially announce the arrival of Ronnie Wood, just in time for the release of the album and the related cover photos (meanwhile, Wood had released his second solo album, “Now look”).

In 1979 Ronnie enters the recording studio for his third album, titled “Gimme some neck”, to promote which forms the New Barbarians, with whom he goes on tour performing, among other things, in twenty concerts between Canada and United States in the spring of that year, to then take part in the UK Knebworth Festival in August.

Throughout the 1980s, Wood is an official member of the Mick Jagger band, but in the meantime he continues his solo career with the release, in 1981, of the “1234” record.

In 1985 he spoke at the Live Aid Concert in Philadelphia, and together with Keith Richards he played for Bob Dylan: during “Blowin ‘in the wind”, one of Dylan’s strings on the guitar broke, and Wood gave the singer his instrument.

In the nineties the dual career in parallel between Rolling Stones and soloist continues: in 1992 Wood publishes his seventh album, entitled “Slide on this”, which promotes not only in the United States but also in Japan.

The following year he appeared in the “Mtv Unplugged” show, together with his former associate Rod Stewart: the event was immortalized in the “Unplugged … and seated” album.

After the release of “Slide on live: plugged in and standing”, an album extracted from the recordings of his tour, in 1996 Wood actively contributes to the creation of Bo Diddley’s album “A man amongst men”, playing the guitar for “I can’t stand it” and also taking part in “Hey baby”, “Oops! Bo Diddley” and “A man amongst men”.

In 2001 he published the album “Not for beginners”: to promote it, he crossed England and Ireland with his group, Ronnie Wood Band; after the tour, the “Far East Man” DVD is released.

Later, between 2002 and 2003 Wood is on tour with the Rolling Stones, while in 2004 he returns to perform on multiple occasions with Rod Stewart: from this collaboration the album “You strum and I’ll sing” is born.

In 2005 he records with the Rolling Stones the album “A bigger bang”, playing in ten of the sixteen tracks, and takes part in a tour that will last until 2007; in the meantime he creates and launches Wooden Records, his record label that also produces works by New Barbarians.

In May 2009, together with members of the Red Hot Chili Peppers Michael “Flea” Balzary, Anthony Kiedis and Chad Smith and the musician Ivan Neville, played in a group nominated for the occasion The Insects on the occasion of the fifth MusiCares, event in honor of Kiedis. On 2 November of the same year, the Outstanding Contribution prize was awarded to the Classic Rock Roll of Honor of London.

In 2016, his 39-year-old wife, Sally Humphreys gives birth to twins. But a little later Ron is diagnosed with lung cancer. The musician refuses to follow chemotherapy in order not to lose his hair, but in 2017 he recovered from the disease.

Ronnie Wood began his career when he joined The Birds with the guitar in 1964. After this, he joined the group The Creation for a short period of time, appearing in a small number of singles. He later joined the Jeff Beck Group as a bassist in 1967, with whom he recorded two albums, Truth and Beck-Ola, which had great success.

Ronnie Wood joined the Rolling Stones on their 1975 tour after Mick Taylor’s departure, and has played with them since then, in addition to editing several solo albums.

Ronnie Wood had great success in the United Kingdom and in continental Europe. In 1970, Faces released his first album, First Step.

The following year, Long Player and A Nod Is As Good As a Wink…. to a Blind Horse was what sounded on the stations. They also recorded their last LP (long-term album), titled Ooh La La La, in 1973.

When the group began to divide, Ronnie Wood undertook several solo projects. In 1974, he finally recorded his first solo LP, I’ve Got My Own Album to Do. In this album he obtained the collaboration of his bandmate McLagan, former Beatle George Harrison and Keith Richards of The Rolling Stones, an old friend of Wood.

Noticing Wood’s potential, Richards invites him to join the Rolling Stones. Thus, by the end of 1975 he was already part of this iconic group.

In the year he joined the band, Ronnie Wood published Now Look, and reached 118th place on the Billboard charts. In turn, he also collaborated with Ronnie Lane for the creation of the album of the soundtrack Mahoney’s Last Stand.

Other Ronnie Wood publications were: Slide on This in 1992, Not for Beginners in 2002 and I Feel Like Playing in 2010. As a member of the Rolling Stones, Wood was admitted to the Rock and Roll Hall of Fame in 1989.

Ronnie Wood has managed to accumulate a net worth of staggering 90$ million. This talented musician was a great contributor to the band’s image and overall sound, so it is no wonder that this is the case.

Since the group is still performing, his net worth can only increase in the following years, both from their performances and from the other projects and royalty that the band is receiving.

Ronnie has definitely earned his position as one of the most memorable and talented guitarists in the world, so it is no wonder that his earnings measure up to that success.

Ronnie Wood was trained at the Ealing School of Art in the early 1960s. He was quite talented with the brush, but when he ran out of money two decades later, he prepared to sell them in order to survive.

In case you didn’t know, Ronnie Wood is a well-known visual artist. When he was little, his drawings were presented on the television program Sketch Club, and he won one of the program’s contests. He trained at Ealing Art College, where he met Pete Townshend, the lead guitarist and chorus of the rock band The Who.

His paintings, drawings and prints often include icons of a well-known culture and have been exhibited throughout the world.

In 1988, he created the cover of one of Eric Clapton’s albums, titled Crossroads. Several of his paintings – including a work commissioned by Andrew Lloyd Webber – are exhibited at the Drury Lane Theater in London.

Did you know that Ronnie Wood has had certain conflicts with the law? That’s right, in 1980 he was arrested and jailed for five days in the Caribbean for possession of 200 grams of cocaine.

In addition, he has struggled for a long time with his alcoholism problem.

Ronnie Wood has three published books: The Works (1988), where he compiles his autobiographical anecdotes, and which is illustrated with his works of art; a limited edition art book entitled Wood on Canvas: Every Picture Tells a Story, published in 1998 by Genesis Publications, and his autobiography.