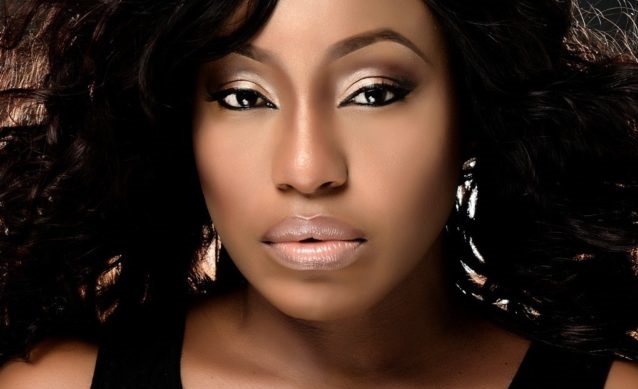 Nigerian acting scene has a tone of famous and talented actresses and actors that are starting to slowly infiltrate the Western movie scene.

Nigerian actors and actresses have already made a lot of debuts in popular movies and TV shows, as well as series and for some you might have even heard of, no matter where on the world you live.

In today’s text we are going to talk about a famous Nigerian actress called Rita Dominic.

We are going to talk about her net worth, her career path and her personal life, so if you are eager to find out more about her, this is the perfect opportunity.

Rita Uchenna Nkem Dominic was born on July 12th 1975 in Mbaise in Nigeria. Rita was born in quite a prominent family, since her parents were both medical practitioners. Her father was a doctor while her mother was a nursing officer.

Being born in the Royal Nwaturuocha family gave her an opportunity to pursue a career of her dreams, and from an early age it was acting. Even though her parents would rather like to see her in medical school, she never had such ambitions and was always dreaming of one day becoming a famous actress.

She was born in a family of 7, having 4 other siblings. Her family life is something she is quite proud of, since both of her parents are now deceased and she always speaks about hem with love.

Being born in such a famous family, Rita had the opportunity to go to the prestigious Federal Government College Ikot Ekpene, before she transferred to the University of Port Harcourt. She graduated with a Bachelor’s degree in Theater arts in year 1999.

From that moment on, she decided to pursue a career in acting and get her first acting gigs as soon as she had the chance.

Even though her family was supportive, it would be much better option in their opinion if she went to a medical school.

Either way, she choose her own path in life and judging by her success, she definitely choose wisely.

We can safely say that Rita began acting when she was really young. Her first roles were in popular school plays and theater, where she fell in love with an idea of becoming an actress one day.

Her next step were children’s shows in her home Imo State and in 1998 she starred in her first bigger role, in a movie called A Time to Kill. In 2004, she received a reward for the Best Actress by City People Awards and so far she has played characters in more than 100 different Nollywood projects.

She is one of Nollywood’s most prominent actresses. She is above all one of the richest, perhaps the richest of Nigerian cinema. Coming from a wealthy family in Imo State (southern Nigeria), Rita Uchenna Dominic chose to fight for a place in Nollywood. One of the most sought-after actresses, she has appeared in more than 100 films.

Today, in spite of this success, Rita is seen with a look often a little biased in Nigeria because of her status as (still) single woman.

Like everywhere else in Africa, Nigerian society is very interested in the lives of prominent women: is she married? Does she have children? The female stars in this country generally suffer from the pressures of the interrogative gaze and the opinion of the people on their private life.

Even the media often gets involved. As recently in a TV interview. This time, Rita Dominic, with the personality we know him, missed the opportunity to put the points on the ” i ”.

On the issue of marriage, she first said, “I’ll get married one day” before saying that she will not do it because people want it, but simply because it’s her desire. “I will marry the man I dream of, not the one whose society dreams of for me. When you are single at a certain age, people feel there is something wrong with you. What if society had a problem? Why force someone to do something? ”

“In the end, if I have to do it, I do it for myself, not because society wants me to do it. I will always say: I will marry the man of my dreams and not the man whose society dreams for me. The company feels there is something wrong with you when you are single at a certain age. What if society has a problem? Why force someone to do what he does not want to do? “. Single at age 46, Rita Dominic reveals what she is waiting for to get married (video)

Her first role was in a movie called Children of Terror in 1998 and later on she played roles in movies such as Face of a Liar, Street Life, Aba Riot, Back from America and many others. The last project she worked on so far is the movie called ’76 from 2016.

She hasn’t announced anything new to their fans so far, but we can assume she will be releasing something soon.

Rita’s current net worth is estimated at around 150$ million. She is currently the highest paid actress in Nollywood and her net worth seems to be growing as years go by. She doesn’t seem ready to stop so we can expect her net worth to go even higher than this.

Most of her net worth comes from her acting roles but also from her family’s rich background. She often shares photos of her alongside her expensive cars and her mansion, but she definitely deserved all of the things she has, considering how hard she worked on getting them.

This Sunday during a discussion with her fans on Facebook, the famous Nigerian actress, Rita Dominic talked about her love for children and her quest for Prince Charming. When a fan asked her if she had children, she said, “No, I do not, but that is my greatest wish. I love children and I work there. ”

As for the question of whether she is a couple, she replied: “I was in a relationship with someone in Germany but I prefer not to talk about it.” Rita Dominic has remained as young, elegant and indispensable in the world of cinema after more than 18 years of career.

Rita belongs to a famous Nigerian family so she has a lot of net worth coming from her family background. Rita is definitely an example how women should be and how much confidence they should have.

She is pretty straight forward when it comes to expressing her opinions and has no problem doing so, which a reason more for people to love her is.

Her constant appearance in the media has given a lot more confidence and motivation to other women, to behave and be more confident than they were before, which can only be a good thing.