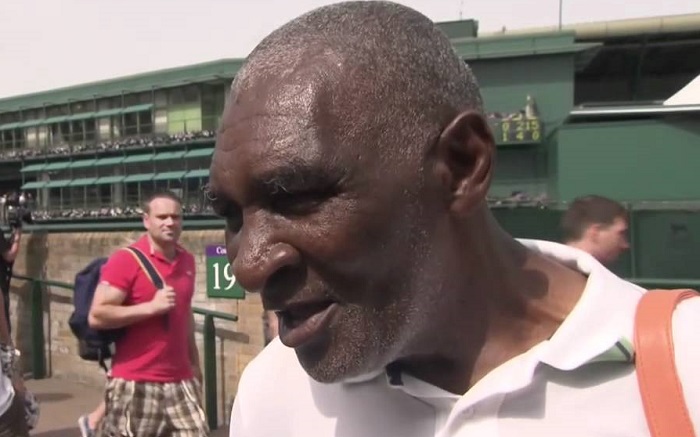 Richard Williams is a famous tennis coach, known as the father of two of the greatest female tennis players: Venus and Serena Williams.

He is also known for his unusual character and the way of training his daughter although he has no coaching experience in tennis. He just went with his paternal instincts.

He was born as Richard Dove Williams Jr. On February 14, 1942, in a town of Shreveport, situated in Louisiana, in the United States. It is the 3rd biggest city in Louisiana after New Orleans and Beton Rouge.

Richard grew up in a big family which consisted of his mother Julia Mae Metcalf (deceased in 1985) and his father after whom he got his name: Richard Dove Williams, Sr. And four sisters which are all younger than him. They are named Barbara, Pat, Faye, and Penny.

He grew up in poverty, with his parents being the manual workers who were often judged and discriminated because of their color of skin. This made it really hard for him to get a good job, although he was always a good worker.

After he finished high school in his home town of Shreveport he decided to move to Chicago in search of a good workplace. After that Richard relocated to California.

He has found his wife Betty Johnson there and the two of them got married in 1965. Their relationship ended in a divorce which was realized in 1973 and they have five children together: three sons and two daughters.

Six years later he had met a woman named Oracene Price, who is an American tennis coach. She already had three daughters from her earlier marriage (her husband died earlier) but she also gave birth to two Richard’s daughters: Venus (born in 1980) and Serena (born in 1981).

Oracene and Richard got married before she gave birth to Venus in 1980. They started living together in Compton, a part of Los Angeles known as the neighborhood for African-American people.

Richard wasn’t a huge tennis fan nor he had any experience playing it. It was just the opposite, he considered tennis to be a “white” sport since most of the players were Caucasian.

He decided that he would make his daughters great tennis players and was motivated with Virginia Ruzici who was a successful player herself. She showed much effort and wish and therefore he decided to help her achieve it.

This former sharecropper was surprised with the check this tennis player received and it was a motivation for him to make his daughter’s great players so they would be financially settled for life and he would have shown the world that he is an awesome tennis coach.

He started teaching them tennis when they were just over 4 years old which is a very early stage for it.  In 1995, after they have already participated in several Shreveport tournaments, he pulled them from tennis academy and continued teaching them herself.

Four years later, Serena has won the US Open and Richard saw it as his own personal success. It was in 1999 and Richard was extremely proud of her and himself.

The other daughter named Venus won the 2000 Wimbledon a year later and it was a huge thing for the family. They realized that they are all made for that sport and therefore they continued to train and coach. It became a sport of theirs.

He was so thrilled with her victory that he jumped over the fence and performed a dance shouting „Straight Outta Compton”. This was considered controversial and made the headlines of almost all magazines.

Richard Williams stated that everything he had learned about personal success and how to survive all the bad things in life he learned from his mother Julia Mae Williams.

She was working as a cotton worker and she has nearly died giving birth to her son and was beaten while being pregnant.

He says that she made his self-confidence and that he must expect a lot from himself.

Williams always says that he wanted to raise his family in Compton so the girls would develop “the fighter’s mentality” and he was kind of obsessed in teaching them to be “rough, tough and strong” which was a moto he believed in.

He says that his girls have a strong work ethic because he took them to his workplace where he thought them about responsibility and the importance of planning.

He also claims that he thought them the importance of education and that is why the girls finish college.

He has described all of this in his memoirs titled “Black and White: The Way I See it” and published in 2014.

His memoirs became a bestselling book where he describes his early life in  Shreveport in Louisiana, in the 1940s, where he experienced great violence, racism, and poverty.

Later he pulled away from his daughter’s careers and turned to his hobbies, with photography being his favorite.

It was in 1999 that first rumors about him being violent came to life because his wife Oracene suffered an injury of three broken ribs which she later stated that came from a fell. But the sheriff thought she was hurt by him or another member of the family.

In 2002, he divorced Oracene Prince which was followed with a huge public interest and media coverage. He started going out with Lakeisha Graham, his new girlfriend, who was aged roughly as his daughters Serena and Venus.

They got married in 2010 and Lakeisha gave birth to a so-named Dylan Starr Richard Williams in 2012. Their marriage ended in divorce in 2017.

In the summer of 2016, Richard had a stroke, but afterward, it was revealed that he had two strokes, not one.

After suffering the strokes he is left struggling with a neurological condition which compromised his ability to talk. He has given power of attorney to his son Chavoita Le Sane who is able to understand what his father speaks and wants.

Chavoita LeSane, Venus and Serena’s older brother is the CEO of his own company named “ChaVam LLC”, which is connected with music and entertainment.

He manages promotions and bookings but he also has his own production company.

He is the one who succeeded in sealing a very worthy book deal for his father Richard.

His show “Streets Of Compton,” is released on A&E and also his “hip-hop Life” runs both on Netflix and Amazon.

Richard filled a lawsuit against his former wife Lakeisha because she transferred a house in Palm Beach without his knowledge or permission and took a mortgage on it forging Richard’s Signature.

He claims that the only way that he could have signed these papers as if he was signing them without knowing what they really were which meant that she used his sickness to cross him.

He claims that his much younger wife used his social security checks to con him and he stated that she has started drinking alcohol above normal.

The story of Richard Williams is going to be filmed because of his big success in coaching his daughters although he had no experience as a coach.

The controversy arose after it was found out that Will Smith is the most probable candidate for „King Richard” movie because he is of too light skin tone and doesn’t match Richard’s tone.

He was known as a very harsh trainer for his daughter and he trained them in their yard.

He was even warned by gang members that he is too strict to his daughters.