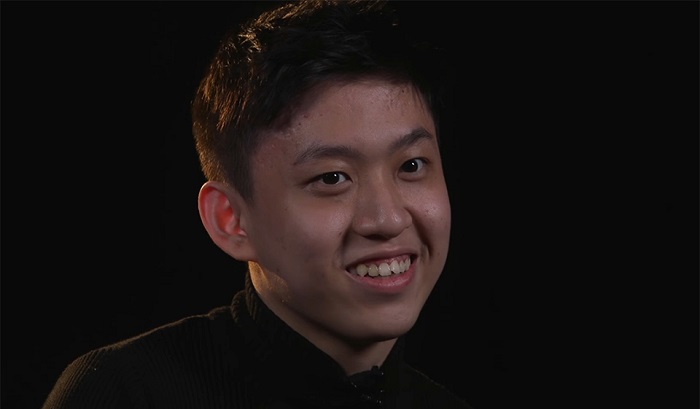 Rich Chigga is a rapper and a comedian from Jakarta who became popular with his internet single called “Dat $tick” from 2016.

He became known out of his country and recently he moved to America in order to pursue his career there.

Rich Chigga, whose real name is Brian Imanuel, was born on September 2, 1999 in Jakarta in Indonesia. His mother is Indonesian and his father is Chinese. He has four siblings, and he is the youngest of them. His sister Eryka is very popular in their home country and she has her own Yiutube channel now.

He was raised in the middle class family although his father was a lawyer. He also never went to school but he was schooled at home instead.

When he was only 11 he began getting interested in the Internet and social media. His first interest was mainly Photoshop which led to his first posts and images which were released on Twitter. He started making videos, often in the dark-comedy genre which suited him the best.

At the age of fifteen he moved his interest to Vine and began posting his videos on daily basis. He learned English language just by watching YouTube videos all kind of genres.

At the same time he started listening to rap, especially to 2Chainz, Childish Gambino and Mackelmore, all because he wanted to learn English so he stumbled on this kind of music.

In 2012 he began listening to hip hop seriously through “Thrift Shop”. It is a song by Mackelmore & Ryan Lewis who criticised rappers tradition in wearing only expensive items such as jewelry, clothes and shoes. After that he discovered Drake and Kanye West.

In 2014 he decided to write his first rap song and he even recorded it to his Iphone over already set up instrumental.

He opened his channel “Brian Imanuel” the same year and today je has over 700,000 subscribers.

In 2015 he released his first track called “Living the Dream” and it was posted on his You Tube account. After that came his first hit called “Dat $tick” and it became known all over the world and many rappers reacted on this video.

In August 2016 he released his second single called “Who That Be” and it came out on iTunes.

Because of the success of “Dat $tick” he made a remix of that song featuring Ghostface Killah and Pouya. His third single named “Seventeen” had over one million views on YouTube and almost the same number on SoundCloud.

Rich Chigga became very popular in America so he started touring there in the spring of 2017.

He released a single “Gospel” featuring XXXTentacion who is known for his violent lyrics.

He stayed in America working on his debut album. His U.S. Tour is called “Come to my Party Tour”.

His sister Eryka is a known YouTube personality and she is very popular in Indonesia. They get along really good and she has visited him after he relocated to Los Angeles in California.

It is known that he was in a relationship with a girl from Maryland but the relationship lasted for a very short period of time (few months).

He is a huge fan of Young Thug, Tyler and Childish Gambino.

One of his first career dreams was to move to LA and become a cinematographer.

He photoshoped a picture of President Barack Obama and himself which brought him attention online.

“Dat $tick” came to No.4 on Bubbling Under R&B/Hip Hop singles. The song was produced by DJ Smokey and it was popular all over the world.

As a kid he only spoke Bahas Indonesia.

Nick Colleti, a comedian from YouTube, is one of his closest friends.

Although a lot of people in his country smokes, it is kind of a part of their culture, he doesn’t smoke and hr drinks very rarely.

He regrets his stage name and wish that he had chosen another one.

Rich Chigga is a known Indonesian hip-hop artist who eventually succeeded in America, which is quite hard to do outside the state.