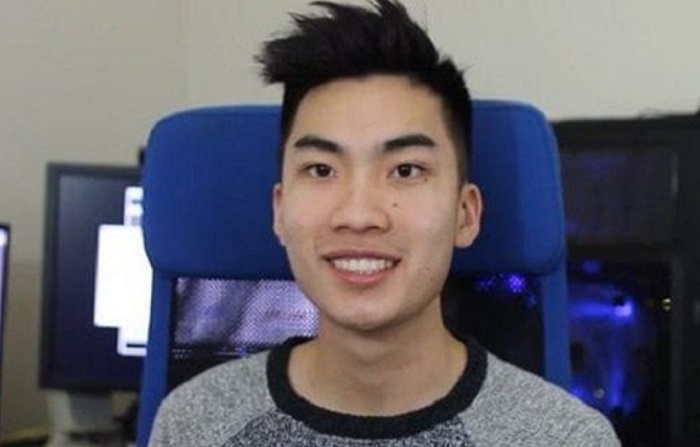 Among the celebrities we already know well, the rei a new generation of celebrities coming out. These are influencers and Youtubers. Their careers are becoming more and more in the spotlight and they have a big influence on the people these days.

Their communication with the fans and people who follow them is something that keeps them in the spotlight, since they seem more reachable and accessible to the fans, unlike maybe actors or singers. We are going to talk about their personal lives, careers and net worth, so you can know even more about them.

Bryan Quang is a famous American YouTube personality. People mostly know his as RiceGum based on his nickname on YouTube.

Besides being a Youtuber, he is also a musician and a socialite. We are going to talk more about his net worth, personal life and his career.

You will be able to find out everything you ever wanted to know about this talented young man, so let us start with talking about his early years and childhood.

Bryan Quang Le was born on November 19th 1996 in Las Vegas in Nevada. RiceGum grew up in an Asian family and as a young boy and teenager he enjoyed playing video games. This is what led him to start really engaging into games, and in the end, he wanted to share his tricks and playing skills on YouTube to the other people.

Bryan uploaded his first video on YouTube six years ago in 2013. The first video he ever made was a Call of Duty Gameplay, because he wanted to show others how he managed to be so good in this popular video game.

His next video got uploaded two years later. It is unclear why he didn’t upload anything right away, after his first video. His second video was the one where he talks about a regular day in his life. This video accumulated around 1.2 million views and this is when people started noticing him more and more.

Even then he got a massive following since there was something interesting about his appearance and videos that kept people coming back to his profile.

Just like all the other kids his age, Bryan went to school and tried to keep up with his school duties. Bryan went to the Sierra Vista High School and later on to the University of Las Vegas where he didn’t really find himself or enjoyed his time there.

He dropped from college after he made the decision to focus on his YouTube career. At that time, he was starting to grow his channel greatly and more and more people started coming to his profile. Since there is no more information about his early years and childhood, we will continue on to his career and how he started this amazing journey to fame.

Ricegum started posting on YouTube in 2013 when he was only 17 years old. At this time, he still wasn’t very into the whole idea of YouTube, but he knew he liked making videos and sharing them with people. Even though he posted his first video in 2013, he made a 2-year break from YouTube and came back in 2015.

This is when he dropped out of college and focused only on his YouTube career and videos. He continued posting by sharing a video A Day in My Life, where he explained to his followers what he does in his regular day and how he spends his time.

The video attracted many followers and people started coming to his channel more and more. Most of his videos were focused on gaming but also on his everyday activities. People enjoyed watching his videos and kept coming back more.

He currently has around 10 million subscribers. Even though he was still an unknown Youtuber when he started, he still managed to attract a lot of attention by collaborating with Mia Khalifa on Twitch life stream and also with other famous Youtubers.

Ricegum attracted a lot of attention in 2015 when he uploaded a video called These Kids Must be Stopped. The video caused a lot of attention and not all of it was positive. The video was about roasting kids on YouTube and he actually expressed his frustration with the things young kids were doing on their social media accounts.

He roasted many kids on the series of this video, and many weren’t’ too happy about this. Many thoughts this wasn’t okay and that he bullied these children for no reason except for his own opinion on their actions.

Never the less, he managed to grow his channel quite large and more and more people started coming to his channel. Perhaps people were drawn to his honesty and the fact he spoke his mind.

Besides being into YouTube videos, Ricegum loves music. He was referred to as by Billboard as YouTube celeb and many know him for his diss track. The track was released in 2017 and it was called It’s Every Night Sis. The video was featured by another Youtuber called Alissa Violet.

The video was actually a response to a video that Jake Paul created. Jake Paul is also a famous Youtuber. The song managed to come up at top 100 on Billboard Hot 100 and people absolutely loved it. In 2017 he released another song called God Church and, in the summer of 2017, he appeared in the video Earthquake by another famous Youtuber KSI. The song has a total of 39 million views.

RiceGum was featured within the Super Bowl fifty-two business for Monster headphones. In the ad, he plays a person on a subway World Health Organization is galvanized by Iggy rhododendron to fashion a receiver from scratch, that is accepted by associate degree government. As of August 2018, his main channel is that the 231st most signed channel overall.

Billboard has brought up autoimmune disorder as a “YouTube celeb” famous for his injure tracks. In 2017, autoimmune disorder free one titled “It’s nightly Sis” that includes fellow YouTube temperament Alissa Violet, that was a response track to Jake Paul’s infective agent song “It’s Everyday Bro”. It reached range eighty on the sign Hot a hundred and is his 1st charting single.

The single was followed by “God Church” in July 2017, its title another relevancy Paul’s “It’s Everyday Bro”, that reached ideal on the Comedy Digital Track Sales chart. RiceGum was featured within the video for “Earthquake” by YouTube temperament and rapper KSI, free on August twelve, 2017. The video has since been viewed over thirty-nine million times.

Rice gum’s net worth was estimated at around 3 million dollars. Most of the money comes from the YouTube and his videos, but he also has many endorsements and each post on his social media is paid for. This allows him to live quite lavishly with only 23 years and his career is surely going to go up in the future.

Ricegum has many followers on his social media as well, and people seem to love his content even though his life wasn’t scandal free.

Bryan Quang LE was born on November nineteenth 1996 in city in Nevada. RiceGum grew up in an Asian family and as a young boy he enjoyed playing games with his friends. this can be what encouraged him to begin extremely focusing on games. Playing games and making videos is what he fell in love with and what made him focus on his YouTube career.

Bryan uploaded his 1st video on YouTube six years back in 2013. the primary video he ever created was a Call of Duty Gameplay, as a result of he needed to point out others how he managed to be so good at playing the game that was very popular in that period.

His next video got uploaded 2 years later. it’s unclear why he didn’t film something promptly, after his 1st video. His second video was the one wherever he talks a few regular days in his life. This video accumulated around one million views and this is when subscribers started noticing him more.

Even then he got a huge following since there was something attention-grabbing concerning his look and videos that followers noticed instantly.

Just like all the other youngsters his age, Bryan went to school and tried to stay in line with his school duties. Bryan visited the Sierra prospect high school and also went to the University of city wherever he didn’t extremely see himself or enjoyed his time there.

He decided to leave college and concentrate on his YouTube career. At that point, he was beginning to grow his channel greatly and a lot of and more people started coming back to his profile. This turned out to be the right decision so far, since Bryan earns large amount of money by just doing what he likes.

Ricegum ended up in a controversy in 2016 when he released a video where a woman was in his home. The video was a livestream and the problem were the fact that woman said that she was raped once after a drinking night out. The Ricegum made a joke about whether it felt good or not and even encouraged his audience that they can rape her because she won’t sue anyone.

The joke was absolutely disgusting even to his followers and he received a major backlash. After he realized what he said and that the joke was not okay, he made an apology video to women in general but also a video to explain his actions. He also apologized to the woman as well.

Bryan is not a stranger to fights with other Youtubers. He often gets in trouble with them because of his personality. Many don’t like his content and what he brings to YouTube in general. Another Youtuber called iDubbbzTV made a video and referred to him as Asian Jake Paul, which was made as a bad remark.

He also didn’t like his content and considered Ricegum to be atrocious. To respond to this Youtuber, he made a diss track called Frick da Police, but the song wasn’t received that well. It has around 1 million dislikes. He was also in fights with Danielle Bregoli, Gabbie Hanna and James Rallison.

Ricegum was also involved in a controversy with his video about Hong Kong. The video was extremely racist and he insulted the Chinese culture on several occasions during the video. He asked in a Hong Kong Mc Donalds whether they have dog on the menu and also insulted Chinese people, by commenting that they don’t know English well.

Due to the large backlash he received, Ricegum had to make another apology video and explain his actions. Many didn’t believe him and were very insulted by his actions. He was referred to as racist and the apology seemed to be very forced and not sincere.

In 2019, Ricegum started a Mystery Brand. The people had an opportunity to open mystery boxes online and win some amazing items. The problem appeared later when people started complaining that they didn’t receive the items. Ricegum responded by asking people why didn’t they come out sooner and told they had experienced problems.

Many people thought they were tricked and scammed, but RiceGum remained confident about his stand. The problem appeared when the Amazon codes were expired and people didn’t receive the things they paid for.

So far, he has been quite successful and his followers base keeps on growing.

Since he is still pretty young, we can see him growing in the future professionally and his career could take on a different turn as well.

Perhaps he will switch on to a different career and become an entrepreneur or something similar.

Considering his age and experience, Ricegum is definitely doing great and will do the same in the future.