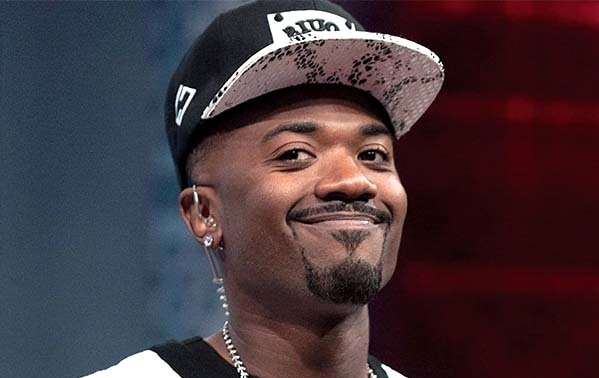 William Norwood is a rapper, songwriter, actor, singer and many more from the United States. He is known mostly by his stage name Ray J.

His lifestyle has been praised by many and hated by others, but this depends on the person. He mostly got popular because of some of his life decisions like the infamous Kim K scandal.

He comes from Mississippi and is very close to his sister Brandy Norwood who  is an actress.

He was one of the contestants to compete in the 19th season of Celebrity Big Brother reality show.

William was born on January 17th in 1981 in McComb located in Mississippi by the full name William Ray Norwood Jr. His parents are Willie and Sonja Norwood.

He has an older sister called Brandy and she is an award-winning artist. She is very connected to him and they both have a very artsy side that they decided to develop in different ways.

When he was young his family moved to Los Angeles in California and with that, he started appearing in TV commercials.

When he was 8 years old he started auditioning for TV commercials and was in The Sinbad Show where he played the role of a foster son. This influenced him a lot to start acting in the future.

He had the role of Dorian in a TV show Moesha from 1999 up until 2001. This was a huge deal back in the day and it was something that many people seemed to find his first proper role.

In 1995 he signed to Elektra Records to make his album called “Everything You Want”. They thought he was going to be the next big star, so they started to invest more in him.

This album was released in 1997 and had a hit single “Let it Go” on it. This song was in the soundtrack of Set It Off. It went to No. 25 on the US charts and was 11th in New Zealand.

In 1997 he stopped working with this label. He said that they were limiting him a lot and that he didn’t want to feel pressured in that way.

A year after he had a single called “That’s Why I Lie” and it was on a soundtrack for “Dr. Dolittle” movie.

He was also working for companies like Mattel to make music for them. He said that he just wanted to explore all of his options and that he was open to many opportunities.

After that, he made “Another Day in Paradise” with his sister which was very successful. This song was the lead single of Urban Renewal.

Ray worked with The Neptunes, Lil Kim, and others on his second studio album. It was called “This Ain’t A Game” and it was released in June of 2001 under Atlantic Records.

A song from it called “Wait a Minute” was also very well received. He was very happy about the way people perceived him.

Another song from this album is “Formal Invite”. He said that this album has a special meaning for him and that he was always very invested in it.

After he had a hiatus for two years he did his 3rd album “Rayduation” alongside R. Kelly, Rob Egerton, Rodney Jenkins, and Timbaland.

It was released with Sanctuary Records and also his own label Knockout Entertainment. It was released in September of 2005 and it’s the song “One Wish” was pretty successful in the Us, Uk and New Zealand.

In 2005 Ray became a part of the cast of “One On One” where he had the role of D-Mack. He said that this was all very interesting to him and that he wanted to try out different careers.

In 2007 a pornographic video of him and his former girlfriend Kim Kardashian from 2003 was leaked. Kim sued Vivid Entertainment for this tape and at the end settled with $5 million for the video. This was a huge scandal back in the day, but there was not too much negativity around it, as everyone was just happy seeing Kim K.

After that Ray’s Knockout Entertainment made an announcement that there was going to be a deal with Koch Records and “Deja 34”, a company by Shaquille O’Neal worth over a few million dollars.

The first album that was in this deal was “All I Feel” with collaborations with Yung Berg and others. It was released back in 2008. He loves to work with new people because he learns much from them.

The first single from this album titled “Sexy Can J” was No.3 on the Billboard chart. They even made a video for it and it was directed by R. Malcolm Jones.

Ray was in a movie called “Dark Christmas” that was directed by Deon Taylor. It was interesting but didn’t do too well by the critics.

In 2010 he started a series called “Brandy and Ray J: A Family Business” with his sisters and their parents.

It showed all of the things that happened to him and his sister behind the scenes. He was happy to finally share more about himself to his fans.

In February of 2012  Whitney Houston died. Ray was in San Diego when it happened and came to Beverly Hilton as soon as possible.

He came there while the paramedics where on the scene and he overheard a rude comment about Whitney and he forced entry in the suite because of it. It was a very serious moment for him and he had to take a small break after encountering this issue.

A few days later he talked about how the world lost a legend and he lost his very close friend. His sister often said that this was a very difficult time in his life.

Not many people understood his friendship with Whitney but he did not care. He cherished it and believed it made him a greater man.

The two of them were very close a few years before her death and people were speculating that they were together.

Ray J stated that these rumors aren’t true and that Whitney and he were only friends and they’ve never been in a relationship. Many people thought that he was lying and some even thought that he had to do with her death.

In May of 2012, Ray was found in his bed unable to move and he had to be rushed into the hospital because of it.

A day before thus he had a confrontation with Pat Houston, Whitney’s sister-in-law at the Billboard Music Awards. Pat was furious because Ray was seated next to Bobbi Kristina Brown, a daughter of Whitney.

In August that year, Ray went to Beverly Hilton for the first time for the promotion of his Summer Television Critics Association Tour.

In April of 2013, Ray released a track titled “I Hit It First” with Bobby Brackins. This song was very controversial because people thought it was aimed towards Kim Kardashian and Kanye West.

In 2014 Kim Kardashian and Kanye West married and as a wedding gift, Ray J sent them a check that’s worth all of the money he made off of that sex tape that was leaked.

Ray was on a reality TV cooking series called “My Kitchen Rules” where he competed against his sister Brandy.

At the beginning of 2017, he became a housemate on Celebrity Big Brother’s nineteenth season. It took him only a week to get eliminated. He threatened to sue the show.

Ray J is also a good businessman and has a lot of companies. He says that this work he does is mostly supported by the way that he acts in real life. He is very charismatic.

He runs Raytroniks, a technology company that makes consumer electronics for the United States’ market. He makes electric bicycles, smartwatches and many more.

One of his top-selling products is Scoot-E-Bike which was advertised through stars such as Snoop Dogg, Justin Bieber, Chris Brown, Cara Delevingne and many more. He also used players from Los Angeles Rams and L.A. Clippers.

In 2017 Ray made a huge deal with Cowboy Wholesale, a distributor of electronic from New York City, and with it made Raycon Global Inc.

With this, they made Scoot-E-Bike even more efficient and upgraded their brand with Bluetooth audio, drones… With this deal, Ray started having the role of Chief Strategy Officer.

In 2011 Fabolous asked about Ray playing “One Wish”, a song of his on the piano in Floyd Mayweather’s house. It was during the filming of the documentary Mayweather and Victor Ortiz.

The two of them allegedly had a fight in Las Vegas at the Palms Casino. Ray J was arrested and he later explained why he throws a punch at him. Ray is the type of guy to fight those who are rude.

He stated that he thought Fabolous’ tweets were offensive. He demanded an apology from Fabolous. Some of the celebrities that were there when the fight occurred were Mayweather, Kevin Hart, and 50 Cent.

A few years later Ray took full responsibility for his actions. He said that it was immature and he wanted to say he’s sorry.

In May of 2014, he was in a bar located in Beverly Wilshire Hotel in Beverly Hills when he was accused by a woman that he touched her inappropriately. The police were called and it was thought to be an accident but Rey had to leave the hotel.

Ray was furious about this because he spent a lot of money on the hotel and is a common visitor. He wanted to do more about it but wasn’t sure whether this is a good idea since he has a history with the media.

He allegedly became aggressive and spat at an officer and kicked their car. Because of that, he was charged with vandalism, battery against an officer and more. He had to pay $20 k to bail out for this.

In 2014 The Los Angeles County district filed charges against Ray and he had a hearing in July.

In July it was stated that his arrest led to 4 charges. One was the sexual battery, the other was vandalism of a police car, the third battery against a police officer and the third resisting arrest.

In August he was pleaded not guilty. He was happy about this decision, but his problematic past makes people think that they were wrong.

In 20q6 he was stopped by two officers in San Fernando Valley because he used a phone while driving. Ray said that he was having problems with his Bluetooth. He got a warning. This encounter was investigated because of some legal issues.

His first cousin is Calvin Cordozar Broadus Jr. who is known to the world as Snoop Dog.

In 2003 he had a brief stint with a female rapper Arika Kane.

He had dated the famous reality star Kim Kardashian West. They broke off after their sex tape was released by Vivid Entertainment.

In 2006 he shortly dated Pamela Anderson.

He was in a long romantic relationship with Teairra Mari from 2006 until they had a very ugly breakup in 2014.

Ann Hill dated him in 2009 and appeared in his show “For the Love of Ray J” the same year.

As for Whitney Houston, a lot of people thought that they were in a romantic relationship until her death. He was very depressed about it.

He was in a one-year-long relationship with a British model Carla Howe. This was in 2010.

He was even engaged to Mia Milano in 2012 but later decided to break up.

In the summer of 2016, Ray J married Princess Love in the Cathedral of Saint Vibiana located in Los Angeles.

Princess is a former stripper and the former girlfriend of his best friend Floyd.

They are on the “Love & Hip Hop: Hollywood” reality series together. They have a daughter that was born in 2018 named Melody Love Norwood.

His wife is pregnant again but it seems their marriage is not extremely happy. She claims that he cheats on her with strippers and escorts.