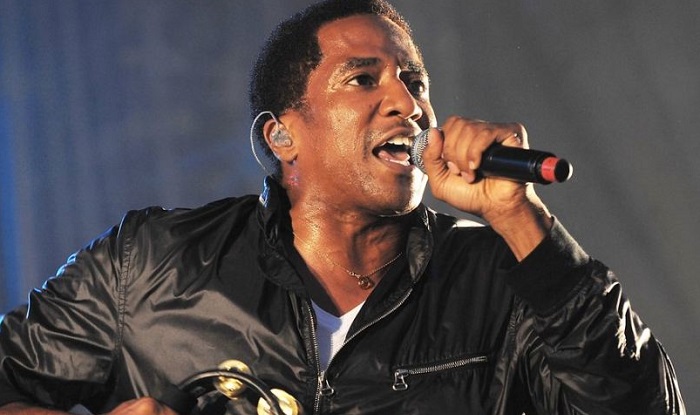 There aren’t many musicians in the hip hop scene that are acknowledged and respected by the audience, critics and his peers, but Harlem born, American rapper Q Tip is undoubtedly one of them.

Q Tip was born as Jonathan William Davis on April 10, 1970, but he embraced his high school nickname, making it his later recognized stage name. He is of the Carribean and African American descent.

He was born in Harlem, New York, but when he was a child, his family settled in St. Albans, Queens, where his initial passion for hip hop began. After hearing “Rapper’s Delight” by the Sugarhill Gang, Q Tip started to rap himself, encouraged and followed by Phife Dawg, his childhood friend and later, his bandmate.

He was also highly influenced by his father considerable jazz records, which was the main reason he began Djing when he was only 12.

While he attended high school, he met Ali Shaheed Muhammad, whom he will form Mc and Dj duo with, performing in small clubs and making demos.

Due to their unusual sound and style, they were rejected multiple times by the various record labels, after finally signed with Jive Records in 1989.

They began working on their debut album “People’s Instinctive Travels and the Paths of Rhythm”, where Q Tip, being identified as a good lyricist, appeared as the leading producer.

That same year he participated in one of the most recognizable hits of that year, “Groove is in the Heart” by Deee-Lite.

Their second album “The Low-End Theory” was released in 1991 with the complete change of the band’s style. Phife Dawg took a more significant role in songwriting, making their songs smoother with minimalistic production.

By 1993, the band released their third album called “Midnight Marauders”, where the two previous albums went platinum. With the growing popularity, public and critical acclaim, Q Tip started focusing on producing songs for other musicians.

Hit single “Gangsta Bitch” by Apache, was also performed by Tupac Shakur in the movie “Poetic Justice, where Q Tip made his acting debut. He produced several singles from the rapper’s Nas debut album “Illmatic”, and made numerous guest appearances in other artist’s songs, most notable being “Get it together” by Beastie Boys.

In 1994 director Spike Lee made his film “Crooklyn”, where Q Tip contributed to the soundtrack by producing the song of the same name.

Group Crooklyn Dodgers, rapper Mobb Deep and producer Jay Dee are only one of them. By 1995, Q Tip, Muhammad and Jay Dee formed a production team called The Ummah, and also created their music label, Museum Music.

The first artist signed for the Museum Music was Vinia Mohica, followed by a much more successful appearance of the team on Busta Rhymes’s first album “The Coming, released in 1996.

That summer, the band came out with their fourth album “Beats, Rhymes and Life” which was produced by The Ummah and was highly influenced by Q Tip’s conversion to Islam.  Simultaneously, his relationship with his lifelong friend and bandmate Phife Dawg started to fall apart. Their issues and disagreements affected their music, hinting the band’s fall out.

The following year, Q Tip contributed to the two worldwide hits, “Got till it’s Gone” by Janet Jackson and Mariah Carey’s single “Honey” which he co-produced.

In early 1998, a month before the release of their fifth album “The Love Movement”, the band members finally parted their ways, and Q Tip started to pursue his solo career. His first album called “Amplified” was released in 1999 and was notably different than his work with A Tribe Called Quest.

In 2001, after acting and co-writing a film “Prison Song”, he prepared his second solo album “Kamaal the Abstract” for release a year later.

The album was recorded with a live band, having Q Tip singing most of the songs. For the next two years, he recorded more than 500 songs with the majority of them being instrumentals.

The next period of his music career won was marked with notable collaborations, guest appearances and productions for other artists.

To name a few, he co-produced jazz musician’s Kurt Rosenwinkel album “Heartcore”, he released a single “For The Nasty” featuring Busta Rhymes and maybe most importantly, he appeared on Chemical Brothers’ huge hit “Galvanize” which won a Grammy Award the following year.

In late 2008, his second official album “The Rennaisance” was launched. The album was praised by the critics and the audience, charting on number 11 on Billboard 200 and was nominated for Grammy Award for Best Rap Album.

In 2010, he was asked to join Kanye West’s production team for his upcoming album. His production didn’t appear on the album, but eventually contributed to Jay Z and Kanye West’s album “Watch the Throne”. In 2012 he signed to Good Music label, preparing the release of his next album “The Last Zulu”.

In 2013 he announced that his former band A Tribe Called Quest was due to perform their last concert as an opening act to Kanye West’s tour, but instead they appeared two years later on The Tonight Show Starring Jimmy Fallon commemorating the 25th anniversary of “People’s Instinctive Travels and Paths of Rhythm”.

That same year he started hosting a radio show on Apple Music station.

In 2016 he engaged in a position of an artistic director for hip hop music in Kennedy Center where he led a series of programmes relating to the history of hip hop.

A month later, after a longtime battle with diabetes, his childhood friend Phife Dawg died.

Q Tip announced that A Tribe Called Quest worked on their new album in secret, completing it after Phife Dawg’s death. The album’s title is “We Got It From Here, Thank You 4 Your Service” and was released in November of the same year.

His production style is widely recognized, and he has been an inspiration to a lot of artists including Farrel Williams and rapper 9th Wonder citing Q Tip as a pioneer of sampling jazz beats into hip hop.

In an interview for NME magazine in 2008, Q Tip talked about several issues, especially about the state in music. Reflecting on his album “Rennaisance” and his statement that musicians do not need to get on Billboard charts to be on the top, he said that he still feels that that statement is true even now, naming hip hop artists such as Kendrick Lamar and J Cole as the perfect examples.

In the mid 90′ Q Tip converted to Islam and changed his legal name to Kamaal Ibn John Fareed.

Looking back on his days with A Tribe Called Quest and the possibility of reinventing the band, he stated that it would be too painful since the other two members Phife Dawg and J Dilla, have both passed away.

Asked if he ever considered retirement or stop making music, he firmly said that there isn’t a small chance of that happening since he’s too talented and will be doing this till his final days.

Despite his successful music career, Q Tip’s personal life was full of ups and downs.

Before the release of A Tribe Called Quest’s fifth album, a fire occurred in their recording studio, destroying the entire record collection, postponing the album release.

Twenty years after the fire, he managed to rebuild his record collection, which consists of more than 9000 pieces of vinyl to this day.

With an original approach to music and specific business skills, the rapper is also responsible for recruiting and discovering multiple artists in the hip hop scene of the early 90′ that rose to fame.

Everything he has done made him wealthy, from his own music to producing other artists.