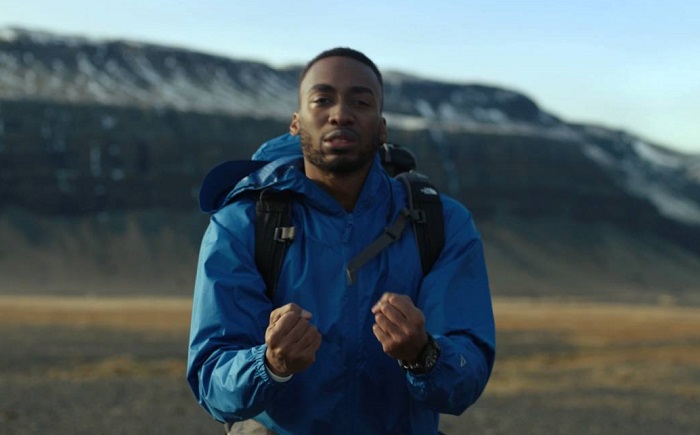 Richard Williams mostly known by his stage name, Prince Ea is a known speaker, a filmmaker and a poet that comes from the United States.

He graduated from the University of Missouri-St. Louis. He was never too much interested in everything studied at school, but he did love school. It just seemed like everything he was learning was not fun to him in any way.

He got a degree in anthropology. He wanted to become big in the hip hop world but eventually made his career in writing. He said that everything he did he did for himself and that he wanted to prove his family how smart he actually is.

He was always inspired by musicians like Canibus and Immortal Technique.

Richard was a lead force of a movement called “Make S.M.A.R.T. Cool” in which intelligence and creativity is the base in hip hop music.

In 2014, Richard started focusing on filmmaking more and left the dream of becoming a hip hop star.

He wanted to create inspirational and motivational content for his followers.

Some of his Youtube videos have more than 200 million views which are a huge number. He surely left a mark on a big number of his viewers, making them think about their actions.

His videos speak about various topics like race and problems following the differences between them, he speaks about spirituality and the need for personal growth.

He is big on environmentalism trying to open people minds and inspire them to do better and think before they act.

He was inspired by ancient writers and philosophers who were aware of the importance of human responsibility. He loves to read and spends a lot of his time reading and learning new things as well.

He was born on September 16th of 1988 as the youngest of three children in his family. He was born and lived his whole life in the town of St. Louis in the state of Missouri, in the United States.

He took his name from Sumerian history. It means “The Prince of the Earth” and immediately points out his priorities. He says that most people do not know what this means, but they are interested in finding out.

Richard rapped for his own entertainment for a very long time and even made some videos of himself rapping back in 2011. They were often posted to WorldStarHipHop and can still be seen online.

Richard’s first mixtape was released in 2008. He released it for free download on the internet in 2008 and it was called “The Adolescence”. He said that the most interesting thing he did there made lyrics that were metaphorical.

A few days after the release of this mixtape he recorded a video of him rapping and entered the contest from Vibe magazine.

A winner of this contest was going to get a very valuable music recording equipment as the award for winning the competition.

The winner also received a full page and the article about him in the Vibe magazine. The total value of it was very big and  Prince Ea won this contest.

He also won another event: a Funk Volume competition only a year later. He was very successful on Youtube and his videos were seen a lot. This was a really important thing for him.

He was the first hip hop artist to be featured in Discover magazine.

Prince Ea also got the main prize on a competition held by Trojan condoms called “Magnum’s Live Large Project II”. It was hosted by a notorious rapper Ludacris and he was brought to Miami to perform with this rapper.

This was a huge thing for him.

Back in 2011 he also won the “Best hip-hop artist in St. Louis” competition. This was a great experience to go through and he said that this opened many doors for him.

The same year he released a compilation mixtape where he selected tracks from DJ Techne. He called it The Compilation Mixtape.

Prince Ea was very upset of the music industry for a while and in 2009 he decided to make something about it. He said that music people made was not aligned with their true call and he wanted to make music that felt home.

He tried to promote intelligence to everyone around him and promote thinking, even in the hip hop industry. He said that it would create strong individuals with a possibility to have their own thought. He also wanted to promote education and creativity.

He stated that hip hop has to improve life and make changes and not only be used as a way to earn money. He claims that any job is done for the money, can be a really bad influence on people. It makes them greedy and unhappy.

This movement included his own clothing line that sold t-shirts and sweaters. It was very successful because it was supported by the artists like Mike Kalombo, an artist that signed to So So Def at that time.

Some of the people who supported him were also Traphik, an Asian rapper and a comedian, Augusto Rigo, and also an American rapper Sha Stimuli.

One of his most viral videos is one titled “I SUED THE SCHOOL SYSTEM !!!” from 2017 in which he sues the educational system for making students into machines and criticizes ut. This video has 17 million views.

Another known video is “Dear Future Generations: Sorry” and it has 19 million views. It’s from 2015 and talks about our societies issues and climate change. He said that making videos about these things makes him feel as if he has a larger role in the world and that he wants to make people think about the things they are going through. Being mindful is important for him.

In 2016 he was criticized by another youtube Boyinaband that stated that Richard doesn’t provide resources for his statistics that he uses for his videos and that some of them are false.

Prince Ea currently has over 4 million subscribers on his Youtube channel. This is quite a lot but still is not too much.

One of his other popular videos is “I Am NOT Black, You are NOT White” which has over 16 million views. As any video regarding skin color, it encountered a lot of criticism and hate.

In 2018, Richard was in the Forbes 30 under 30 list which was a big accomplishment for him. Many people say that he is very smart because he seems like a caring guy and people love him more because of it.

He is active on his Instagram account where he has 2 million followers. He often posts inspirational quotes on it.

Prince Ea posts audios of his videos on his Spotify account.

He has a web page (princeea.com) where he offers his help in changing the way of life. It is called  “Detox Your Mind &Relieve Your Anxieties” and it is a seven-day pack.

He was involved in a controversy after he posted a video on Youtube titled “You are not depressed, stop it!”

He was called out for making depression look like a disease that can easily disappear.

We don’t know a lot about his private life but people think he is single right now.

He is in very good shape and exercises about half an hour a day to maintain it.