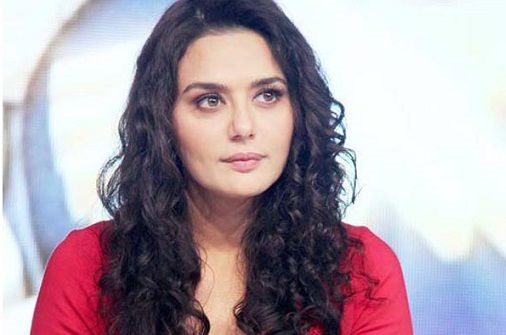 Preity Zinta is an actress and an entrepreneur from India who is one of the most paid Bollywood actresses in the 2000s.

Her first acting  role was in Dil Se… back in 1998 and after that played a character in a movie Soldier.

For these roles, she got the Filmfare Award in the category of Female Debut which established her career in acting.

After that, she played various characters and received awards like the Filmfare Award in the category of Best Actress.

Some of the movies she was in that were successful were Kai Ho Naa Ho from 2003, Koi… Mil Gaya from the same year, and more.

She also dabbled in international movies like Heaven on Earth for which she got the Silver Hugo Award along at the Chicago International Film Festival in 2008.

Preity is also written and makes columns for BBC News. She is an activist and a tv personality.

Zinta also has her own company called PZNZ Media, a cricket team Stellenbosch Kings and she co-owns the Punjab Kings, also a cricket team.

Preity Zinta was born on January 31st of 1975 in Shimla, located in Himachal Pradesh. She grew up in a Rajput family. Her father is called Durganand Zinta and he was a soldier.

When Preity was only 13 years old her dad Durganand lost his life in an accident. Her mother Nilprabha was also in the car but fortunately, she was only injured. Preity stated that this accident changed her life in so many ways and that it forced her to grow up very quickly.

She is a middle child and has an older brother Deepankar and a younger one Manish. Deepankar followed his father’s footsteps and is an officer in the army while Manish currently lives in California, in the United States.

When she was a child she always dressed like a tomboy because of how close she was to her brothers.

She educated herself at the Convent of Jesus and Mary, a boarding school located in Shimla. She was a good student and enjoyed playing basketball.

After that, she was in a boarding school located in Sanawar and when she was 18 she started going to St. Bede’s College in Shimla.

From there she graduated with a degree in English and after that, she started a program for learning psychology. She got a postgraduate in criminal psychology but didn’t work in that field.

She started modeling and was soon in various commercials. Some of the commercials were for Perk Chocolates and also Liril soap.

In 1997 she met Shekhar Kapur, a known director, and he made her audition. She was supposed to make her debut in Tara Rum Pum Pum but this movie was canceled. After that Kapur told her to audition for Dil Se…

This movie was released in 1998 and was her debut as an actress. This wasn’t supposed to be her first movie because she shot Soldier that was a bit delayed, and also Kya Kehna, but this movie was delayed until 2000.

In 1998 she was also in a Telugu movie Premante Idera. A year later, she did another one called Raja Kumarudu.

In 1999 she was in Sangharsh where she starred alongside Akshay Kumar. She played the role of a CBI officer called Reet who eventually falls in love with a killer. This movie didn’t do well in the box office but she got positive reviews for it.

In 200o she was in a drama titled Kya Kehna which was a big box office success. In it, she played Priya Bakshi, a single mother and also a teenager. This movie brought her a Filmfare Award nomination for Best Actress.

That year she was in another drama called Mission Kashmir with actor Sanjay Dutt. This movie was about the Indo-Pakistani conflicts. She played the role of a TV reporter Sufiya in it. This movie was very successful in the box office.

In 2001 she had the role of Shalini in Dil Chahta Hai, a film directed by Farhan Akhtar. Her character was Aamir Khan’s love interest. The movie was received well.

That year she was also in Chori Chori Chupke Chupke which talked about something controversial in India at that time.

She played the role of a prostitute called Madhubala, who becomes a surrogate mother. She was nominated for Filmfare Awards for it and got amazing critics.

In 2002 she was a protagonist in a drama directed by Kundan Shah called Dil Hai Tumhaara. Her character was Shalu.

This movie wasn’t financially successful but was a hit among critics.

2003 was one of the most successful years for Preity. She was in all of the movies that we’re the top 3 highest-grossing movies that year. Those movies are Kai Ho Naa Ho, The Hero: Love Story of a Spy and Koi… Mil Gaya.

The Hero: Love Story of a Spy is a drama she did alongside Priyanka Chopra and Sunny Deol. In it, Zinta played Reshma, a girl who falls in love with an officer. This movie was incredibly expensive to produce and although it earned a lot most of it went to the costs of production.

After that, she was in Armaan, with Anil Kapoor and Amitabh Bachchan. In it, she played Sonia Kapoor, a schizophrenic. She got a few nominations for this movie.

After that, she was in a sci-fi movie titled Koi… Mil Gaya. In it, she had the role of Nisha, Roshan’s love interest. She received Filmfare Award Nomination in the category of Best Actress. It was the most popular movie of the year and did extremely well in the box office. This movie alčso won the Filmfare Award for Best Movie that year.

The last movie in 2013 she was in was Kal Ho Naa Ho, which is a romantic drama directed by Nikhil Advani. In it, Zinta had the role of Naina Catherine Kapur, an Indian-American woman who falls in love with a man with a fatal disease. For this movie, she won the Filmfare Award for Best Actress.

A year later she was in a war drama called Lakshya. This movie was based on the Kargil War that happened in 1999. She played a TV journalist.

She was also in Veer-Zaara where she had the role of Zara, a Pakistani woman that falls in love with an Indian officer. She was again nominated for a Filmfare Award for this movie. This movie was a huge financial success.

In 2005 she was in a comedy Khullam Khulla Pyaar Karen. This movie didn’t do well.

After that, she was in another comedy, Salaam Namaste. In it, she played Ambar Malhotra, a woman that moves to Australia to make a living. The movie was a success.

In 2006 she was in a drama Kabhi Alvida Naa Kehna, where she starred alongside Kirron Kher, Amitabh Bachchan Rani Mukerji, etc.

This movie was a huge success in India but also became the highest-grossing Indian movie internationally. She had the role of a fashion editor, Rhea Saran, in it.

After that, she was in a musical called Jaan-E-Mann. She played Piya, a woman that gets two men in love with her. This movie got poor reviews and wasn’t a huge success.

In 2007 she was in a comedy Jhoom Barabar Jhoom where she played British-Pakistani woman Alvira. This movie was a flop in India.

After the failures of her last two movies, she started acting in English films. She was in The Last Year and the movie was received well.

In 2008 she was in Heroes, a movie about two students who travel through north India to deliver a letter. In this movie, she has the role of Kuljeet, a war widow.

The same year she finished a drama, Har Pal.

She was also in a Canadian movie Heaven on Earth directed by Deepa Mehta. She played the role of an Indian woman that goes to Canada because of her arranged marriage and becomes a victim of domestic abuse.

For this movie, she got the Silver Hugo Award and got nominations at a lot of Canadian award shows like Vancouver Film Critics Circle and Genie Award.

In 2011 Preity launched her own company called PZNZ Media.

After a two year hiatus from movies, she was in a comedy Ishkq in Paris directed by Prem Raj.

In 2018 she was in an action-comedy called Bhaiaji Superhit but this movie wasn’t received well.

In 2004 Zinta started writing for BBC News Online. Her first column titled The changing face of Bollywood was one of the trending columns on the site and got great reviews.

In 2001 she went on a world tour called Craze 2001 which was across the US. She did it alongside actors like Gracy Singh and Anim Kapoor.

In 2002 she was in a show From India With Love that was held in Hyde Park in London.

She joined stars in 2004 for the Temptation 2004 tour. This tour went to 22 countries worldwide.

In 2012 she was again on the stage with a Temptation Reloaded concert.

In 2011 she started hosting Guinness World Records – Ab India Todega show and it was really popular in India.

She also hosted Up Close & Personal with PZ.

She is a big philanthropist and has helped victims of the 2004 earthquake in India, and fights domestic abuse, human trafficking, and does a lot for female rights.

As for her love life, she had several serious relationships. She dated an Indian actor named Marc Robinson from 2000 to 2002.

In 2006 she started her relationship with a businessman Ness Wadia with whom she was for three years.

From 2016 she has been in a marriage with an American named Gene Goodenough.