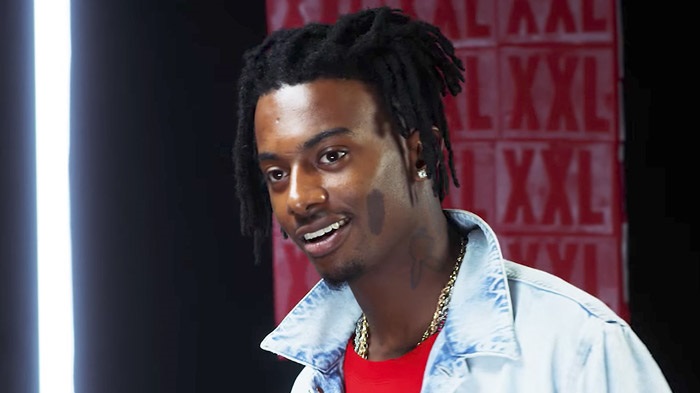 American rapper Playboi Carti became famous even before he officially released a mixtape or an album.

In a six-year-long career the 20-year-old songwriter won the public over with hits like “Broke Boi” and “Fetti,” and now both his followers on social networks and his earnings in dollars are measured by millions.

Behind the name Playboi Carti stands young Jordan Terrell Carter born in Atlanta, Georgia on the 13th of September 1996. He lived in Riverdale (Georgia).

Jordan was 15 when he started his music career under a stage name Sir Cartier (stylized with a dollar sign $ir Cartier). In 2012 he released his debut mixtape “Young Mi$fit”. At 17 Jordan changed his stage name to Playboi Carti, but he is also known as Cash Carti.

In 2015 rapper and producer A$AP Rocky became young Playboi Carti’s mentor after the two of them met on The South by Southwest Festival (SXSW) in Austin, Texas. A month later Carti published his two biggest hits. Songs “Broke Boi” and “Fetti,” each collected over 13 million plays on Sound Cloud making Carti a fresh artist people talked about a lot. The internet and the audience made him famous by singling his beats and his style out.

Song “Broke Boi” has more than 28 million plays on SoundCloud as of August 2017.

Cash Carti continued putting songs on Sound Cloud and eventually published his self-titled mixtape in April 2017. It features guest artists ASAP Rocky, Lil Uzi Vert, and Leven Kali. The tape got amazing reviews and got amongst first 10 on US Rap chart and US R&B/Hip-Hop chart, also ranking #12 on the Billboard 200 chart. In addition, the mixtape sold 28,051 units in its’ first week.

After the mixtape release, Playboi Carti went on a tour as the opening act for Dreezy and Gucci Mane.

Carti also starred as a model at fashion events. He modeled for Kanye West’s Yeezy Season 5 as the only rapper on the runway.

Not much is known about Playboi Carti’s personal life. He has a brother, but he never talks much about his family. In one interview Carter talked about his parents being very supportive when he decided to focus on his music.

Media recently revealed Carti has a girlfriend after he was allegedly arrested for domestic battery over her. The incident happened at ALX in July 2017. According to the police report, Carti has been dating an unknown girl from Atlanta for three years.

Cash Carti is said to be a ladies’ man, who likes to be spotted and photographed with a pretty girl or two under his arm.

Playboi Carti has an estimated net worth of $3 million. Apart from making music, Cash Carti also did some work as a fashion model.

Carters profile on Instagram is followed by 1.3 million. He has a YouTube channel with Vevo that collected 138 thousand subscribers and almost 30 million views in less than a year since it was started.

He once rapped over the Playstation 2 music.

Cash Carti has a noticeable oval birthmark on his left cheek and wears his hair in dreads.

Playboi Carti was born on the day Tupac died. Carti is his huge fan and often wonders how the music world would have been different if the incident never happened.

Carti owns three phones he is very protective of. Carter likes to photograph flowers and statues in different countries he visits.

American rapper Playboi Carti at 20 earns a net worth of $3 million. In six years long career he started as a 15-years-old rap prodigy, Cash Carti won the public over with hits like “Broke Boi” and “Fetti,”.

Song “Broke Boi” has more than 28 million plays on SoundCloud as of August 2017.

Known first by stage name Sir Cartier only to later change it to Playboi Carti, he released a debut mixtape in 2012 and another first official self-titled mixtape in 2017.

Playboi Carti’s name is on XXL’s “2017 Freshman Class” list. His self-titled mixtape got amongst top 10 on US Rap chart and US R&B/Hip-Hop chart.

Carti has been in a three-year-long relationship with a girl from Atlanta, and it recently went public when the rapper was allegedly arrested for domestic battery.

Cash Carti has a noticeable oval birthmark on his left cheek and wears his hair in dreads. He also possesses a charisma that pushed him into modeling waters, so he did several fashion shows and editorials.