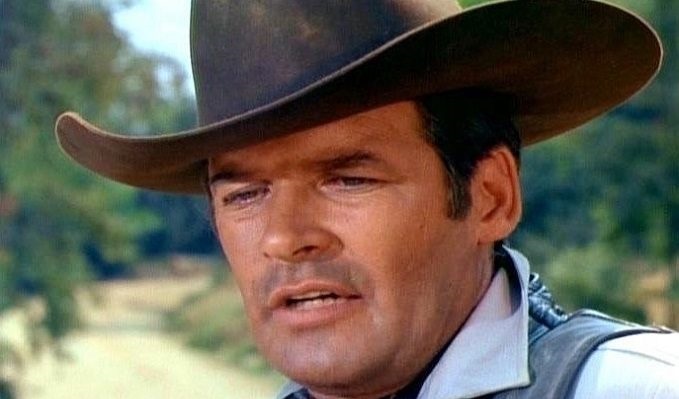 Today we are going to talk about someone who was a great actor and one of the most popular actors of his time.

Unfortunately he died a couple of years ago, but his movies and series are still there to remember us how good he was.

The subject of our today’s article will be Peter Breck. If you have watched any of his movies or series, then you know why he was so popular and why people loved him so much.

If you read this article, you are going to find out a lot of interesting things about Peter Breck’s life. Not only we are going to tell you something about his career, but we will also reveal you some details from his personal life.

The life of Peter Breck was very interesting, so you should read this article and find out who he actually was.

If you have not heard of him yet, this is a great opportunity to read about him and his life.

We hope that you will like this article about him and you will certainly watch some of his movies after reading it.

Before we tell you something about his childhood and early years, you have to know that the birth name of this famous actor was Joseph Peter Breck.

He was born in Rochester, New York and he had American nationality. Date of his birth was March 13, 1929.

We have also to mention that he died when he was 82 years old.

To be more specific, he died on February 6, 2012 in Vancouver, Canada.

However, we are going to turn back now to his early years.

Even though Peter Breck was born in Rochester, New York, he spent the most of his childhood and early years in Haverhill, Massachusetts, as well as in Houston, Texas. He lived there with his grandparents.

He chose to live with them because his father was travelling very often and he was never at home. It is known that the father of Peter Breck was a popular jazz musician whose name was Joseph, but people usually knew him as Jobie.

It is important to know that he collaborated with the most jazz popular musicians of that time, such as Fats Waller, Paul Whiteman, Bix Beiderbecke and many other popular names of that time. There is no doubt that the father of Peter Breck was very popular and respected among people.

But, we have already mentioned, that he had to travel a lot and it was better for Peter Breck to live with his grandparents. They could afford a more stable and peaceful life to him. It is known that Peter’s mother was also travelling a lot due to her job.

When it comes to Peter Breck’s education, it is known that he attended John Marshall High School in Rochester, Massachusetts.

After finishing high school, he was in the U.S. Navy, but after he finished his service there, he decided to focus on his education.

He attended the University of Houston, where he was studying English language and drama.

At that time he had a couple of performances in many plays, but it was also obvious that he was very talented for singing.

Now we are going to tell you something about the career of Peter Breck and his professional success. Undoubtedly he was one of the most famous actors at his time.

Before we start talking about Peter Breck’s career and its development, you have to know that he was actually a character actor.

Now you may be wondering what it actually means. Being a character actor means playing some special and unusual roles that are usually very interesting and often eccentric.

At the beginning of his career, Peter Breck was performing in theatres, but an American producer Robert Mitchum discovered him and noticed his great talent. Thanks to him Peter Breck got a role in the movie Thunder Road in 1958.

At that time Peter Breck moved to Los Angeles and he was completely focused on his acting career. Another movie in which he was acting was The Beatniks that was released in 1960. One of the most successful roles of Peter Breck was in the western series Black Saddle. Peter Brecks had a role in the comedy series Gilligan’s Island, where he co-starred a popular actor Russell Johnson, who was also known as The Professor.

Other popular series in which Peter Brecks was acting were Cheyenne (1955), Sugarfoot (1957), Maverick (1957), Hawaiian Eye (1959), etc. Later he returned to his movie career and he had one of the most important roles in the movie Portrait of a Mobster in the year 1961.

However, the most popular television series in which Peter Breck was acting was The Big Valley. In this series he was in the role of a hot-tempered son of Victoria Barkley whose name was Nick.

You have seen the most important things related to Peter Breck’s professional life, but as we have promised, we are going to tell you now something about his privacy, even though he didn’t like to talk about it in public.

We have already mentioned the parents of Joseph Breck, but now we are going to give you more details about them. The father of Peter Breck was Joseph (Jobie) Breck and he was a popular jazz musician. When Peter Breck was 8 years old his parents decided to divorce. Peter Breck had also a younger brother whose name is George.

Peter Breck was married with Diane Bourne. She was a popular dancer at that time and they married in the year 1960. They had also a son but he was very ill. Actually, he was suffering from leukemia and he died. His name was Christopher.

We have also told you that Peter Breck died on February 6, 2012. He suffered from dementia a couple of years and he died in Vancouver, Canada.

Now you will see in short the most important facts about Peter Breck and his life.

The estimated net worth of Peter Breck is 91 million dollars. Undoubtedly he was one of the wealthiest actors in the U.S.

Peter Breck, whose real name is Joseph Peter Breck, was a popular American actor. His most popular films and series are The Big Valley, Black Saddle, The Beatniks, Shock Corridor and many others.

If you have watched any of those films and series, then you certainly know how good and special this actor was. He usually played character roles that were specific and unusual.

Peter Breck was born on March 13, 1929 and he died on February 6, 2012. He was born in Rochester, New York and he died in Vancouver, British Columbia, Canada. He was suffering from dementia and he was 82 years old when he died from it.

We have said that Peter Breck studied drama and English at the University of Houston. When it comes to his personal life, we have told you that his father was a popular jazz musician.

Peter Breck was married and his wife’s name was Diana Breck. They had a son Christopher, but he died in his 20s.

As you could see, Peter Breck was very successful in his career as an actor, but his personal life was not so nice. Even though he had the wife he loved, he lost his son and it was a big tragedy for him.

However, people remember him as someone who was always with a smile and courageous enough to face all the obstacles on his way.