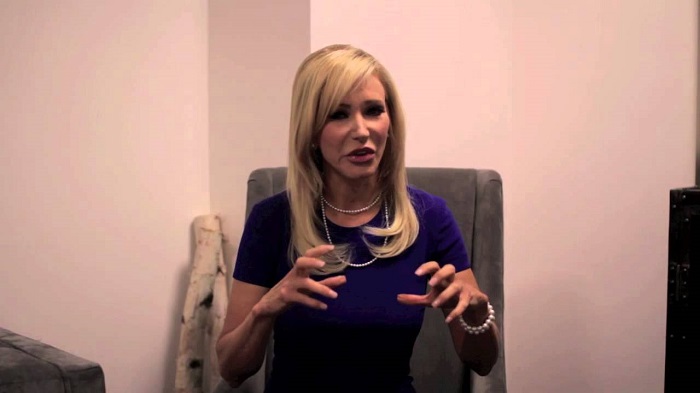 Paula White is a popular television televangelist. For people who are not aware of the term, televangelism is the preaching of Christianity via television or radio. She currently hosts her very own show on the television named Paula White Today.

She is also a co-pastor of one of the most non-denominational and multicultural church in Florida named the New Destiny Christian Church. She is simultaneously the co-pastor and co-owner of the Without Walls International Church which she built with her ex-husband.

As of current situation, White has been appointed as the head of the evangelical advisory board that’s under the Trump administration. She was awarded the position right on the day of the inauguration of Trumps’ Presidency on January 20, 2017.

Paula White was born April 20, 1966, in the small city of Tupelo, located in Mississippi. Her full name was Paula Michelle Furr. She was born to Donald Paul Furr III and Myra Joanelle. Her parents were the owners of a craft and toy shop. Paula’s life started disorienting after the separation of her parents. Myra left Tupelo and took her along with her brother to Memphis. It was later that Paula’s father committed suicide over the separation and the family was left in poverty.

White’s mother later became an alcohol addict, but she kept working to support herself and her children. She and her brother were taken care of by the caregivers. White later revealed that she was physically and sexually abused as a child, primarily between the age of six to thirteen and that too by multiple people. She even struggled with bulimia during that time span.

Her life started getting better when her mother remarried a US Navy admiral when she was nine years old. The entire family relocated to Washington D.C where White pursued her education. She graduated from Seneca Valley High School located in Germantown, Maryland.

It was later in 1984 that she converted herself into a Christian at the popular Damascus Church of God. She even claims to have gotten a vision from God himself which she wanted to preach and share with the world.

Paula’s career as a televangelist started way later in her life than expected. She priorly started working as a pastor and founded the Without Walls International Church with her ex-husband Randy White in the year 1991. Their careers as pastors didn’t start off smoothly. The church didn’t get much recognition or aid in the beginning which resulted in them living under hard conditions.

The couple then lived under the Government aid accommodations and even had to change the location of the church three consecutive times to sustain it. They finally reserved the plot in 2511 North Grady Avenue which was located in Tampa. The church eventually started getting recognized via the aid of several of the outreach programs.

The church is gradually getting more and more attendees which even crossed over 10, 000 people per week. They even later expanded the campus of the church owing to the growing outreach and popularity of the church. It was later in 2004 did a congregation which held over 20, 000 people.

White later became the senior pastor the church on July 12 of the year 2009 after Randy White stepped down from the position owing to the deteriorating health conditions. She later was even assigned as the senior pastor of the other church located in Florida in the year 2011.

The debut broadcast of the television show Paula White Today was recorded in the December of the year 2001, and within the next six months, the show appeared in around nine television networks. Some of the most popular networks are the Trinity Broadcast Network and the Black Entertainment Television which hosted the show.

With the gaining recognition that White received, she was later appointed to the chair of the Evangelical advisor in the Trump administration. She accepted the position with her delivery the invocation during the Trump inauguration.

White married Dean Knight, and the couple has a son together. It was during her marriage that she converted into a Christian in the year 1984. The couple got divorced soon after.

Following that Paula met Randy White who was a great influence on what she is today. Both of them met whilst visiting a church where Paula volunteered as a janitor. They grew closer as friends and soon started dating. It was a year later that Randy proposed when they were on a trip to Israel, and Paula accepted it. They got married and later moved to Maryland, Florida.

The couple later got divorced after an official announcement on August 23, 2007, made by Randy White. The couple didn’t have any children together, but Paula was a stepmother to three of Randy’s children from his former marriage.

Net worth and salary

Paula White has an estimated net worth of $5 million, but there is no information regarding her possible salary.

You can find Paula White on several social media platforms:

Paula claimed to have gotten a vision from God himself after she converted to Christianity.

There have been several criticisms encircling her claims of holding a doctorate degree when in reality she simply just graduated from high school and had no other educational degrees.

She was even charged with imposing litigation tactics when she filed reports for the federal bankruptcy about the Without Walls International Church. The Evangelical Christian Credit Union later found out that it was the church who owed them $29 million.