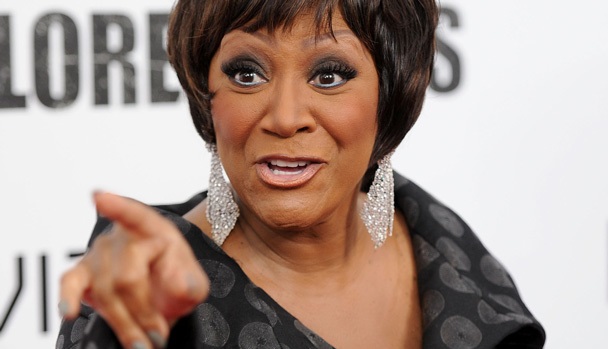 Patti LaBelle is an entrepreneur, singer, and actress from the USA. She was born on May 24th, 1944 and her real name is Patricia Louise Holte.

LaBelle’s career started in the 1960s and she was a lead singer in a group called Patti LaBelle and the Bluebelles.

At the beginning of the 1970s, the group changed its name into Labelle.

Their song “Lady Marmalade” became iconic and the group became famous because they were the first Afro – American group that was on the cover of the famous magazine Rolling Stone.

Patti won the prestigious music award, Grammy, on two occasions. In 1992 when she got an award for her 1991 album called Burnin’ and she was voted for Best Female R&B Vocal Performance.

The second one came as an acknowledgment for her live album named Live! One Night Only.

Her acting career did not go unnoticed. This popular singer starred in A Soldier’s Story, a film in which she had a notable role.

Also, she had a role in numerous TV shows. Most significant are American Horror Story: Freak Show and A Different World.

Patti was also a part of the crew which performed in Dancing with the Stars in 2015.

Her acting and singing career was more than successful and wealthy. It lasted merely 50 years and during this time she managed to sell over 50 million records all over the world.

She became a member of the Grammy Hall of Fame, the Apollo Theater Hall of Fame and the Hollywood Walk of Fame.

One of the recognitions for her work was the fact that she was named one of the 100 Greatest Singers, according to the Rolling Stone magazine.

“Godmother of Soul” is Patti’s nickname for which she is known all over the world.

She possesses a great vocal ability, which made her a dramatic soprano. All the songs she presented with strong emotion.

It is interesting to mention that Patti LaBelle even has her own cake, called “Patti LaBelle’s Fancy Cake”.

Early years and the beginning of music career

Patti LaBelle was born in Southwest Philadelphia in Pennsylvania.

Her parents, Bertha and Henry Holte had three children, and she was the second one. She also had two more siblings from other marriages of her parents.

Henry Holte worked on a railroad and he also performed in clubs, and Bertha did not have a job and she was taking care of their household.

LaBelle enjoyed the period of her childhood. Yet, in the memoirs that she wrote, “Don’t Block the Blessings”, she described the marriage of her parents as abusive.

Her parents divorced when she was twelve, and she revealed in her memoirs that one of her family’s friends abused her sexually.

When Patti was ten years old, she became a member of a church choir in the Beulah Baptist Church. She made her first solo performance just two years later.

During her teenage years, her favorite kind of music was secular music and jazz and she also enjoyed listening to R&B music.

At the age of sixteen, she took part in a talent competition at John Bartram High School, in which she was a student, and she won.

In 1960, together with her schoolmates Johnnie Dawson, Jean Brown and Yvonne Hogen, she formed their first group called the Ordettes.

Patti was named a leader of this group which soon became very attractive. Unfortunately, one of the members was expelled from the group because of her father who was strictly religious, and the other two decided to get married.

The group got new members in 1962, Sarah Dash, Cindy Birdsong, and Nona Hendryx. In the same year, they went on an audition held by Harold Robinson, the owner of a local music production house.

When Harold heard Patti’s performance of the song “I Sold My Heart to the Junkman” he decided to begin cooperation with the group.

In the beginning, Robinson thought that Patti was too plain and too dark.

When Robinson eventually gave them a contract, he changed the name of their group into Blue Belles. The song “I Sold My Heart to the Junkman” was the song of the group The Starlets and Patti’s group was chosen to promote its recording.

But there was a label conflict and this song was assigned to the Blue Belles as their single.

After Blue Belles performance on American Bandstand, where they sang this song, the manager of The Starlets decided to sue Robinson.

Shortly after this, Patti’s group was renamed into “Patti LaBelle and The Blue Belles”.

Their first single was launched in 1963 by King Records. This song was a ballad named “Down the Aisle”. It soon became a great hit and it found itself on the Billboard pop and R&B charts as a top 40 hit.

The single, which was their interpretation of the song “You’ll Never Walk Alone” was released by Cameo-Parkway Records and it brought them a second place in the pop charts in 1964. Also, the single “Danny Boy” was presented in 1964.

In 1965 Patti LaBelle and her group moved to New York where they signed a contract with Atlantic Records. For this music company, Patti LaBelle and The Blue Belles issued 12 songs including renditions of two popular songs “Groovy Kind of Love” and “Over the Rainbow”.

One of their members, Cindy Birdsong, left the group in 1967. Three years later, in 1970, the group and Atlantic Record took apart, and their manager Bernard Montague also left them.

The same year, Vicki Wickham became the group manager and they signed for Dusty Springfield. Their new manager advised Patti to change the group name into Labelle. Next year the group even managed to be on The Who U.S. tour.

Their debut album was released in 1971. In 1972 the second album was done and it was called Moon Shadow.

Other Labelle’s albums were Pressure Cookin’, Nightbirds – which was their most popular album, released in 1974 by Epic Records (it also brought them RIAA gold award). Group’s biggest hit “Lady Marmalade” was on this album.

In 1975 and 1976 Labelle released two more albums, Phoenix and Chameleon and those were the last of this popular group.

On December 16th, 1976, the group finally ceased to exist. One of the reasons they separated was the health condition of Nona Hendryx.

Her first contract as a solo singer Patti LaBelle signed in 1977 with Epic Records. The first album was released the same year and it was named Patti LaBelle.

This album contained hits like “Dan Swit Me”, “Joy to Have Your Love” and the beautiful ballad called “You Are My Friend”.

Patti made three more albums for Epic Records and songs like “Little Girls”, “Eyes in the Back of My Head”, “Come What May”, “Music is My Way of Life”, “I Don’t Go Shopping” and “Release (The Tension)” found themselves on these albums.

After she managed to make four albums for this music company, Patti was signed by Philadelphia International Records. On the album, The Spirit’s in It she made a new rendition of “Over the Rainbow”.

In 1982, she made a duet with Grover Washington. This song was named “The Best Is Yet to Come”, and it brought Patti the first nomination for Grammy.

The next album was released in 1983 which was a complete breakthrough. Its name was I’m in Love Again which contained songs that were listed as top ten R&B singles. These songs were: “If Only You Knew”, “Love, Need and Want You”.

During 1984, LaBelle managed to make another duet. This time, her partner was Bobby Womack and the song’s name was “Love Has Finally Come at Last”. The same year Patti starred in the film A Soldier’s Story, where she had a role of club singer.

Also, in 1984, Patti made a soundtrack for Beverly Hills Cop, the Eddie Murphy’s film. She sang two songs, “Stir It Up” and “New Attitude”.

“New Attitude” was also one of her solo hits and it managed to become the 17th hit on Billboard Hot 100.

In 1985, Patti La Belle was a part of Live Aid, and in the same year she showed in Motown Returns to Apollo, a popular TV special.

These two performances made Patti very popular, becoming a pop star, and because of this, she was made a host of the television special, also in 1985.

In the same year, she released a video of her 1985 tour, on VHS. During this year, Patti left Philadelphia International and signed the contract with MCA Records.

For this music company, she released her solo album Winner in You, which was one of her best-selling albums. With this album, Patti managed to find herself on the top of the pop charts.

“On My Own” was a hit song from this album and it soon became an international hit. Also, on this album, there was a ballad named “Oh People”.

It is supposed that this album is one of the best in her solo career and it was labeled as the peak of her career.

Next album called Be Yourself, was released in 1989 and it contained songs like “Yo Mister” and “If You Asked Me”. The second one was popularized after Celine Dion performed it.

During the same year, Patti starred in a couple of  TV shows. Role in Different World brought her her own sitcom Out All Night.

In 1991, LaBelle’s solo album Burnin’ was made. It had a big success and five of the songs from this album were on the top of R&B charts. This led to her first Grammy award in 1992.

In 2000 there was When a Woman Loves and in 2004 album called Timeless Journey.

Miss Patti’s Christmas was the album form 2007 and in 2008 Patti, Hendryx and Sarah Dash were reunited as Labelle and they released album Back to Now.

In 1964, Patti LaBelle and Otis Williams got engaged. Otis had his own group, called The Temptations.

Her first marriage, in 1969, was with Armstead Edwards, who was her very close friend. He was even her manager during Patti’s solo career up until the late 1990s, when the couple got separated. They divorced in 2000.

During her marriage with Edwards, they got a son, Zuri Kye Edwards, who was born in 1973. Zuri is Patti’s current manager.

Patti also has two grandchildren who are Zuri’s children.

It is interesting to mention that Dodd and Stanley, the sons of Patti’s neighbor Veaunita, mean to her very much and she treats them like sons. She practically adopted them after the death of their mother.

Vivian Hogan Rogers, Patti’s eldest sister, died in 1975, at the age of 43 from lung cancer. She lost another sister, Barbara Holte Purifoy, who died from colon cancer, in 1982 when she was only 40 years old.

Her youngest sister Jacqueline “Jackie”, also died due to lung cancer in 1989. She had 43 years. Patti’s album Burnin’ and her interpretation of “Wind Beneath My Wings” both were dedicated to Jackie. She sang this song during her tour in 1991/92.

LaBelle’s mother Bertha died from diabetes, in 1978 and her father Henry died in 1989. He was diagnosed with Alzheimer’s disease.

Today, she has a home in Philadelphia, in the district called Wynnewood and also apartments in the Bahamas and Los Angeles.