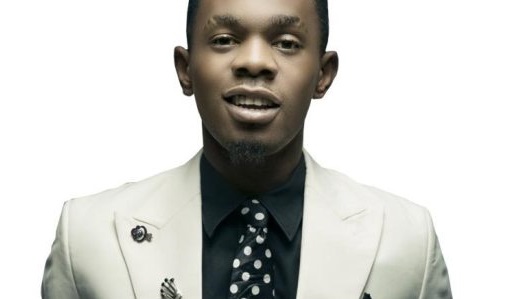 People are in love with the beats and fast melodies that are coming from the African continent.

In today’s text we are going to talk about a talented young Nigerian singer and dancer called Patoranking.

We are going to mention some info about his net worth, personal life, career and upbringing, but also how much is his net worth now.

To find out more about this talented singer, keep on reading the text and learn more interesting information.

Patrick Nnaemeka Okorie was born on 27th May 1990 in Ijegun-Egba in Nigeria. He spent his childhood in Onicha and often remembers these days as peaceful and fun. He went to the Citizen Comprehensive College Epe and later on to the Jibril Martin Memorial Grammar School that is located in Iponri.

There isn’t any more information about his childhood and early years, so we are going to get on to his career path and find out how he became such a famous person in his home country.

Patoranking started his music career by performing in the streets. He played his music and had small performances that people loved from the first moment.

He was also a carnival dancer and a street jammer. He admitted that his performing name was inspired by Jamaican artist that he got to know in Lagos.

Some of his greatest influences growing up were artists like Lucky Dube, Majek Fashek, Bob Marley and Buju Banton. The thing he appreciated with them the most is the fact that they used their music to express issues that are current and get people to think about them more.

In 2012, he came out with a song called Iya Bisi, together with Kbaj and Qdot. This project was a combination of Fuji and dancehall and Drumphase was the produced. The song was composed in joined forces with the Kbaj and Qdot and their influences can definitely be heard.

A year later, he came out with a song and video for Alubarika. The song was an absolute hit and people loved it, much like his other songs. The song’s title can be translated to God’s Blessing and the vocals on the track were recorded by Timaya.

The length of the video was 4 minutes long, which is definitely one of the longer videos he has. He described this song as a sum up of his entire music career and he wanted to represent his life through it.

One year after Alubarika, he recorded a song together in cooperation with Foston Musik and this was the last song he recorded together with Dem Mama Records. Some artists even said in interviews, that he was never even singed by the label.

Song Girlie O came out in 2014, and the song was produced by Wizzy Pro. The song was done by Moe Musa in London and it came out in February of 2014. The video for the song was controversial, because in the video, he helped his neighbor get out of a domestic violence situation by expressing his love to her.

The song cause is a lot of people to talk about this subject, and through it, he definitely wanted to offer a voice for everyone who ever suffered from such issues. A remix of this song came out few months later, and it got very good critics.

It even made it to the MTV’s top charts. One of the biggest celebrity supporters of his music is Tiwa Savage, and she often praises him in public and his work. In 014, he joined forces with Sexi Shay and created a song called Murda. 2015 was also a very good year for him, because he managed to release two hit singles that were absolutely adored by the public.

The singles were called My Woman, MY Everything and Daniella Whine. The songs climbed up to the top of the charts and Patoranking was once again the most listened to artist.

In 2016, Patoranking became one of the judges on the show The Voice Nigeria and he came out with his first album called God over Everything. Some of the artists on his album were Sarkodie, Phyno, Elephant Man and many more. The album ended up being number 4 on Billboard Reggae Albums chart.

Patoranking currently has a net worth of 1$ million. Most of the money he has comes from his music and his records, but he also earns a lot of money performing all around Nigeria.

So far, he hasn’t been able to break through the barriers and conquer the world with his music, but it is definitely not late for that.

Being a young and successful artist in Nigeria, he also has many endorsements and companies that are there to support him and his projects.

Lot of the net worth comes from them as well. Patoranking is very active on all of his social media accounts and likes to share photos and videos with his fans.

Most of the photos and videos he shares are about him and his newest projects, which are for now been pretty stagnant. The latest singles he released in 2019 were the Confirm and Lenge Lenge single.

The latest nomination he received was from the Nigerian Music Video Awards for Best Dance/Reggae video for the song Allubarika.

He was only nominated and sadly he didn’t win in this competition. We keep on waiting for his newest material to come out, and hopefully he will be able to do it sooner than later. For now, we can definitely enjoy his older hit songs and videos.

Patoranking has been in love with music all his life and he knew from an early age that he is going to be some sort of musician. He was born in Ijegun-Egba in Nigeria but most of his childhood he spent in Onicha in Nigeria.

This is where he went to both primary and secondary school and made his first steps as an artist. There isn’t much information about his background or how he was raised. He also doesn’t like speaking about his parents, so media mostly respects his decision not to do that.

Being a young and successful artist in Nigeria, he also has many endorsements and companies that are there to support him and his projects.

Lot of the net worth comes from them as well. patoranking is very active on all of his social media accounts and likes to share photos and videos with his fans.

What else he has in store for his fans, we have yet to see, but for now he has managed to achieve great success and become one of the most sought-after artist in Nigeria.