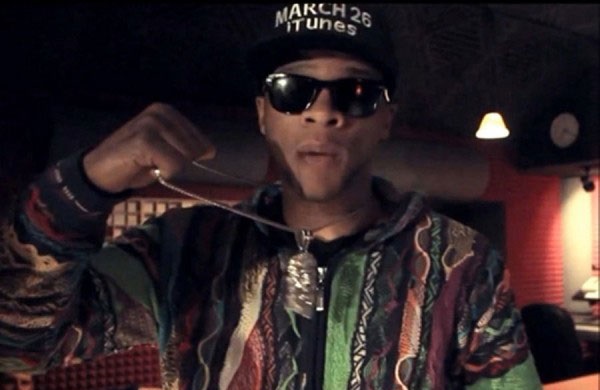 Papoose  is a famous American rapper, whose real name is Shamele Mackie. He is of Liberian descent and is also known as the husband of a very popular Anerican female rapper Remy Ma.

He was born March 5, 1978 as Shamele Mackie. There isn’t much information about his childhood and his family but it is known that he comes from Bedford-Stuyvesant, a part of Brooklyn, and that he started rapping when he was pretty young. Papoose, as he is being called today by his rapper name, started to get involved into songwriting when he was eleven years old.

He is of Liberian descent, and it is known that his grandmother gave him his nickname Papoose and that he was very fond of her. Papoose also has a meaning in some of Indian native languages and it means ‘child’.

In 1998 he appeared in Kool G Rap’s album as a guest artist and that got him started.

In 1999 he released his first single “Thug Connection “, which got attention, but not much.

In 2004, he was noticed by another producer, Kay Slay, and Papoose signed for his Streetsweepers label. He approached this famous DJ a few times as Kaylay was going home from work on his radio station. After that they became friends and business partners.

The two of them are very good friends since then and have been having fun together not only while making tracks, but also hanging out together.

His next contract was with Jive Records after the help of DJ KaySlay and his release of a song “Alphabetical Slaughter” in 2005.

The contract was worth $1,5 million dollars and he was on his way to release a debut album called “Nacirema Dream” but after he cut ties to Jive Records the album never made it to the stores.

In 2005 he won the Justo Mixtape Award for Best Underground Artist, after releasing over ten mixtapes from 2004 to 2006.

He went on a tour in the UK and Russia from 2007 to 2010 and that made him popular outside of the United States. He was trying to make his fan base larger since it was located only in the US.

It took him years to release his album. In 2012 he signed a contract with Fontana Distribution and a year later he released his debut album.

His first single in 2012 was called “Most Hated Alive.”

In 2013 he got involved in a ‘beef’ with Kendrick Lamar who called himself the “King of New York” in one of his songs “Control”, and Papoose reacted to it by making a remix of the same song and dissing Kendrick, obviously trying to prove that he was the main rapper in NYC.

In 2013 he started Honorable Records, his own record label and he released his second album “You Can’t Stop Destiny”.

He has a daughter named Dejanae Mackie.

In 2008, he released a statement that he is going to marry Reminisce Mackie also known as Remy Ma, and since she was in prison they had to get married in jail. He even got himself a six months suspension for visiting Remy Ma in jail because of his attempt to smuggle her a key.

When his wife Remy Ma was released from New York State prison in 2014, they both used all the publicity they could get from it and actually gained popularity.

They joined VH1’s TV show called “Love & Hip Hop: New York” in 2015 what brought them even more popularity, showing what their life looks like on a daily basis.

Remy Ma released a single “All The Way Up” and her husband Papoose was one of the guests.

They are known for their good marriage and their respect for one another, covering up for each other since they got together.

Remy often emphasized him, she said that Papoose is a rare kind of man who would wait for his wife to come out of prison. She claims that he is very loyal and a beautiful husband.

There were rumors that Papoose cheated on Remy Ma while she was in prison and that he has a child who is now 3 years old, but nothing has been confirmed. Remy Ma says that she doesn’t believe the rumours and Papoose hasn’t said anything about those.

In January 2017 Remy Ma had a miscarriage and she shared their sad story with her followers on instagram. It was going to be their first child. Papoose has two daughters and a son from his relationships in the past and Remy also has a son called Jayson. His 13 years old daughter Dejanae appeared in the show “Love and hip hop” alongside Papoose and Remy, but the other children he has never showed their faces live.

Papoose says that he would like his children to be hidden away from the media to avoid any kind of drama. Because of that, he also doesn’t talk about their mothers often.

The meaning of the word Papoose: a young child of American Indian (Native) parents. This word was commonly used by one of Papoose’s favorite family member, his grandma. He says that he had a hard time when she died because he was so connected to her.

His official website has a logo with Indian tribal sign, showing of his descendents, which Papoose was never ashamed of.

Two other world famous artists coming from Bedford-Stuyvesant are Jay-Z and Notorius B.I.G.

He is starring in a short movie called SP, with Omar Epps in the main role.

A hip-hop icon Rakim endorsed Papoose in his interviews telling that he is among rappers in New York who will continue his work and honor his legacy.

He was able to keep $1.5 million from Jive although he hasn’t released the album and he later used the same money to record new singles.

Papoose is very proud of his heritage and the people who are his ancestors, although he doesn’t have exactly great relationship with his parents.

Papoose is a known American rapper and a songwriter who made over 25 mixtapes during his current career. He is known by his collaboration with Snoop Dogg, Busta Rhymes, Mary J. Blige, Missy Elliot, Slim Thug, Twista, Shaq and many more…