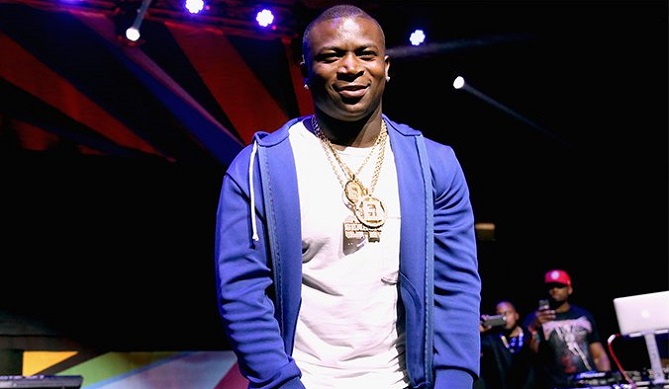 O.T. Genasis is a known American rapper and a songwriter that came to fame after his hits „Cut It“ and „CoCo“.

“Coco” made it to the top of the charts and gain wide interest from the public and brought him recognition amongst other rappers and artists.

“Jackie Chen” is also one of his popular singles which brought attraction to him.

Although O.T. was in the music industry since 2011, he still hasn’t released an album.

No matter what, he was called out to be a one-hit wonder but he proved everybody wrong. It was because of the single “Coco” and the public presumed he won’t have another hit like that.

Even though he still hasn’t got an album he releases songs that always become hits and some of them even reach Platinum.

O.T. Genasis was born on June 18th in 1987 in Atlanta, the United States under the name of Odis Oliver Flores.

His parents immigrated from Belize to the United States and sacrificed a lot to give O.T. the opportunity to make a better life for himself than they had.

His mother was pregnant but still continued schooling and she finished her education with her master’s degree.

Later when he became known he mentioned a few times how he is grateful that she never gave up on him and that she spent all her free time being with him.

Odis was raised in Long Beach located in California, the US in a neighborhood with a lot of crime and drug abuse so his mother was always frightened for him and she tried to pull him out of the streets.

Some of the artists that influenced him and still do are Buju Banton, Ludacris, Cutty Ranks, T.I., Shabba Ranks, 50 Cent and Tupac Amaru Shakur.

As a teenager O.T. was living on the streets, often doing illegal actions such as stealing which was heartbreaking for his mother who wanted a better life for him.

He also said that he saw few people get killed, but was eventually lured into that lifestyle to survive.

He stated that music really saved him at that time because he would probably end up hurt or worse if he continued living in the streets.

When he was in school he was interested in football and was quite good at it. He wanted to become a major football star but he always got in some kind of trouble and missed practice so he knew that he is not disciplined enough to continue with it.

That is why he turned to music which was also his choice as a career job so he focused on making himself a great performer and a snowman in order to succeed in having a respectable music career.

He started doing talent shows since he was 16, 17 years old. He loved to get attention and to get people to wonder who is this.

He often mentions in his interview how he always wanted to be in the center and for people to ask themselves who he was and how good he rhymes.

His career started rising when he was almost 25 years old, and he owes his beginning to one and only 50 Cent.

Odis signed a contract with G-unit Records, a famous record label founded by 50 Cent, back in 2011.

50 Cent discovered O.T. Genasis through his track „Jackie Chan“ and decided to produce his first mixtape that was named „Black Belt“. 50 Cent is often helping young artists on the rise and he likes to open new doors for them.

This song 50 Cent liked comes from the fact that Genasis loves movies and he is a big fan of Jackie because he does all of his stunts himself. He especially likes “Rush Hour” which was a movie that inspired the single. He often watches kung-fu films.

He says that he and Jackie are alike and that he is also “Stuntin’ like Jackie”.

It got released in 2012 and had moderate success although 50 Cent pushed it for the sale with any means necessary.

He also released a single called „Touchdown“ at that time.

After that, he signed to Conglomerate Records, a record label founded by a rapper Busta Rhymes. Busta found about him when he saw him performing at the Playhouse Night Club and liked it.

Busta recognized him as a good showmaker and a musician and approached him at the show and since then they are awesome friends. He often collaborates with Busta, both on his singles and on Busta’s albums.

While he was signed to this label he put out a lot of hits like „Touchdown (Remix)“ with French Montana and Busta Rhymes and one of his most successful songs titled „CoCo“.

It was a remake of his already released song titled the same. This song got at number 20 on the US Billboard Hot 100. „CoCo“ went Platinum and „Cut It“ was double Platinum.

O.T. gained a large amount of money because of the success of this song.

O.T. was really proud of himself when a megastar Beyonce used one of his songs titled „Everybody Mad” in her Coachella performance in 2018. It was incorporated in hers and Jay-Z’s OTR II.

She had already used some of his earlier songs and made a remake of them.

His song „CoCo“ is actually talking about O.T.’s struggle with cocaine abuse. He talked about it in an interview for Rolling Stone and stated it was a dark time in his life and that he doesn’t consume the drug anymore because he got a son and realized it is important for him to be a good father. He posts photos of his son on his Instagram feed.

His song “Coco” was the first song which reached Platinum and it was such a huge success that he ended up playing it for the Mexican Mafia because they liked it very much. He performed for them several times.

Beyonce also used other O.T. Genasis songs on her tours. For example, she used a part of „Cut It” for her Formation Tour.

Some of O.T.’s songs were also featured on movies and tv shows as a soundtrack. Some of them were Dirty Grandpa (2016), Step Sisters (2018), Skam and BaseBoys.

In 2016, O.T. performed at the BET Hip Hop Awards alongside Snoop Dog, DJ Khaled, and more. He performed „Cut it“ and „Push it“.

In the summer of 2019, it is announced that he will be performing at Tycoon Music Festival alongside Kendrick Lamar, Young Thug, Chris Brown and many other significant performers.

His career is still forming and everybody is hoping that he will land an album soon.

O.T. Genasis is currently in a relationship with Malika Haqq, going on and off.

Malika is an actress and she was in movies such as Sky High, ATL, 20 years after, etc.

Her career started with a TV series named “Cinderella in Scrubs” back in 2004.

She is also one of the closest friends of Khloe Kardashian, a reality television star. Malika also models for Khloe’s line Good American and Pretty little thing.

Malika has an identical twin sister who is also a model and an actress.

O.T. opened about his son’s disability. His son has autism. He talked about how he has to be always on 100% for his son and deal with much more than other people.

O.T. also talked about the effects of him getting wealthier on his social life. He talked about how the family started acting different and being the enemy because of his wealth.

He was very sad to see how it was impossible for him to find a girlfriend who wasn’t interested in his money.

He is a huge fan of horror movies and he watches it with his friends. He learned the difference between horror movies with the sign PG-14 where you won’t see a lot of dark scenes, and the one marked R where you will see everything, even the scariest stuff.

He also likes to watch films with his girlfriend and he likes the ones who are not afraid of horror movies.

He has one million followers on his Instagram account and the number is going to go up fast.

He posts a lot of photos on his Instagram, including the private ones. He posted one for his fans to see that he went swimming with the sharks and it was a great experience for him.

He has written “My Open Love Letter” to Malika and posted it on his Instagram channel. He is not afraid to show his feelings openly.

But this year it seems that their relationship is in problems again since 0.T. deleted all of her photos from his Instagram account.

We are hoping that the things between them will work out but some of Malika’s fans say that she is under the Kardashian curse since she is hanging out with Khloe too much and that she will never have a normal relationship.