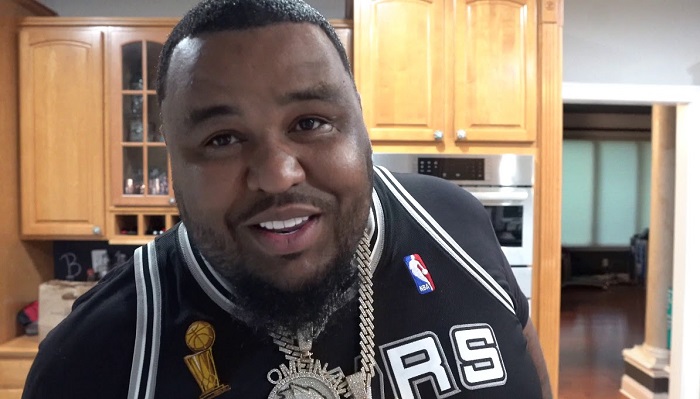 The name Omi may not ring a bell at once but when we mention his huge hit „Cheerleader“ you will think of him at once because this song was a huge summer hit.

This Jamaican singer whose real name is Omar Samuel Pasley is a very young and promising musician who makes his music in reggae and pop genre.

He was born as Omar Samuel Pasley on September 3, 1986, in a Jamaican parish named Clarendon, which is located in the South of the island. He says that he has a huge connection to his hometown and that he never wants to forget where he truly comes from.

Omi was born to Kennoy and Rachel Pasley as their last child of four and was very loved by his parents and was very close to his siblings. He said that because he was the youngest kid, he always got the best treatment and that he was even a little spoiled.

Not many things are known about his childhood but Omi spoke about some important things with his fans because he wanted them to know something about it.

For example, he mentioned that his dad was a singer and that he passed away when Omar was just 9 years old.  This was a very hard moment for him and he had to grow up fast because he had to get over that huge burden.

He is very happy to have his daddy’s songs recorded so he can still listen to it when he feels like he misses him. He says that his biggest influence was him and that he wants to pursue a career that will honor his dad.

This was a huge motivation for Omi. Omar spoke about his parent’s great romance and the fact that his father adored his mother and that most of the songs are written and sang for her. The saddest thing about it is that it ended too quickly, he says, but it’s usually what happens to good people.

Omar was raised by a single mum who took care of him and his three siblings. He is still very close to her. He is very grateful for her support and hard work so she could give her children a good home. He says that she had taught him everything he knows and that he is very grateful for having her and being able to provide for her.

He was into singing from an early age and he sang in church, community events and in school.

He became passionate about music when he was 14 years old because he realized that he is very good at writing lyrics. Since then he made a loto f demo tracks but was discovered later by Mr. Clifton Dillon, known as Specialist.

Omi went to Garvey Maceo High School like all of his siblings but focused on his music career later although he could enroll a college.

In 2012, Omi released the original song „Cheerleader“ which ultimately became a great hit in Jamaica and was especially popular in Hawaii. The song was thought t be a one-hit-wonder, but Omi did earn a few very loyal fans at that time.

The song was released after Omi’s demo tape came into the hands of Clifton Dillon, known also by the nickname „Specialist“.

He is a respectable dancehall producer who already produced several hits and had worked with celebrities like Shabba Ranks and Buju Banton. This meant a lot to OMI because he wanted to know that he was in good hands while he was producing his favorite music.

Clifton liked his demo tape very much and this song rose interest in him particular. The song had a lot of radio play and because o fit the song caught the ear of Patrick Moxey, a huge name in Sony Music label.

He is the founder of Ultra Music Record Label and he was in Canada when he heard this song on the radio. It was one year after the song was released in Jamaica.

Later Moxley found out that this song was produced by a Specialist with whom he was already familiar.

In 2014, Omi was asked to sign to Ultra Music since Moxey and Specialist had huge plans for him. He was very happy when he heard that and he instantly started to work on many new projects in order to make his parents proud.

The producers decided to make his song Cheerleader a hit again since it was very catchy and likable. They gave the song to two producers: Felix Jaehn from Germany and Ricky Blaze.

Although the version that Ricky Blaze made was very pleasant and had astonishing Carribean roots, it was Jaehn’s song that sounded great.

This song remix became a huge hit in Europe, especially Sweden where it was certified platinum five times. It was a dance banger that had a really good score on MTV as well, where it played all day long.

The video for his original hit single cheerleader was made in Oregon and it was directed by Tim Cash. This video was filmed on a very small budget.

The video for his remix song which turned out to be a huge hit was filmed in Florida.

In the spring of 2015, the song named „Cheerleader“ entered the UK Singles chart and went to No.1.

Omi made a huge win by it because his song was on the chart for 4 weeks and it was the longest time any artist from Jamaica stayed on the top of the chart.

On the other hand, in the US, the song was on the chart for over 3 months, spending some time on the top spot.

In the summer of the same year, Omi has released another single named „Hula Hoop“ which was the lead single of his following album.

His debut studio album titled „Me 4 U“ was released in October the same year through a collaboration of Ultra Music together with Columbia Records.

Although this album contained his hit single „Cheerleader“ it also gained mixed reviews. Eventually the album went to No. 51 on the Billboard 200 chart in the USA.

In 2016 he was featured on the new albums of The Vamps on the newest version of a single “I Found A Girl” which was deliberately released on April 1st.

As for the awards he received he has been nominated for several of them like for Teen Choice and MoBo Awards but never received any.

When speaking about his influences he mentions names such as Bob Marley, Nat King Cole and James Brown. Omi writes his own songs so cheerleader was also his song.

He went on a tour with Taylor Swift and at the end of the year, she has sent him the photo of two of them in a frame.

In 2018 he had released his new single called Masterpiece, which was made with Felix Jaehn again.

His fans are called OMIarmy and he respects them a lot. He thanks them at any chance he can and finishes all his interviews with a hello to them.

Omi likes to mix various genres into his music so his songs have elements of Ska music, reggae, pop, dancehall, and mento.

He is a huge fan of Pirates Of The Caribbean so he watched all sequels several times.

As for his personal life he keeps it under wraps. He doesn’t share information about it a lot.

But he mentioned several times that he would like to have a relationship like his parents had.

Omi is a huge fan of John Legend and respects him a lot. He thinks of him as his role model.

A very important thing for him is his car because he likes to drive a lot. He has a brown Infiniti and he customized it to his wishes but he kept it simple.

A lot of people don’t know that he is very sensitive to light and that is the reason he wears sunglasses most of the time. He has a visor in his car to help him shade the glare while he is driving.

He also likes to cook and his favorite dishes are from his home Jamaican cuisine. It is things like stew peas and kidney beans with chicken.