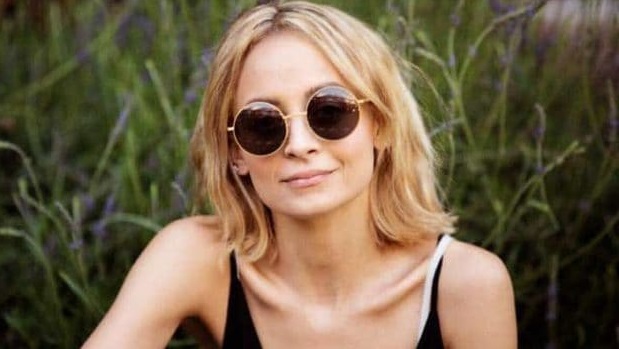 Nicole Richie is a young and skilled American actress, TV personality, author and fashion designer who became worldwide popular through her role in a TV show titled “The Simple Life”.

She was a part of this reality show alongside a rich celebrity socialite and the daughter of a prominent hotel owner, Paris Hilton. This is how many people got to know her.

She gained a lot of attention through the show and was one of the most wanted celebrities during the show’s five seasons.

She was born as Nicole Camille Escovedo on September 21, 1981, in the town of Berkeley, located in California, United States.

Her childhood was very interesting and it’s something that she gets asked about a lot since she has been adopted by a famous singer whose surname she carries.

She is of mixed ancestry and has roots in England, Mexico and Africa. She is not the biological daughter of Lionel Richie, a famous singer. She was adopted by him because her parents wanted o give her a better life opportunity.

She says that she is very thankful for that, but she still likes to spend time with them and meet them every once in a while. Her biological parents are Peter Michael Escovedo and Karen Moss.

Nicole was only three years old when her parents, who were friends with Lionel Richie, made an agreement with Lionel to let her move in and live with him because he will provide better for her. That is how Richie became her guardian and eventually adopted her when she was nine.

She connected with Lionel and it took her a lot of time to actually process that she isn’t his daughter.

Lionel’s wife Brenda was happy about this and Nicole was very happy about it. But tables have turned a little later when Brenda learned about Lionel’s mistress and the couple separated. It was a bit of a controversy for the family, but in the end, everything was fine for the kids.

Brenda and Lionel split but it was an ugly public split that left Nicole in the middle. Both of her adoptive parents indulged her in every way so she would not feel hurt by their split but it turned out to be a solution that made Nicole very spoiled.

Nicole Richie’s godfather was Michael Jackson. She said that she was devastated when she learned about his death and that she misses him a lot because he was very fun to hang out with and he would always be very nice and supportive to the whole family.

After finishing high school, Nicole enrolled in the University of Arizona because she decided to study Arts and Media where she met Kourtney Kardashian.

She wasn’t that much interested in this education area so she decided to return home to California after finishing two years of studies.

Her best friend from childhood was Paris Hilton and she had spent a lot of time with her, going out and socializing.

They were good friends, but Richie was tired of all of the noise and controversy a lot so the two used to argue most of the time.

In 2003, Fox’s producers decided to offer her and Paris Hilton roles in a reality show about two of them and their everyday lives but living with another family in Arkansas.

The show premiered in December 2003 under the name “The Simple Life”.

The reality show became very popular and due to its big success, it continued to be filmed and aired for two more seasons. It was a great opportunity to get a lot of screen time and meet new people that could help you with your career.

The show was planned to continue longer but Nicole and her friend Paris began a dispute which eventually made it hard to film so Fox decided to drop it.

However, the series later continued to the fifth season but the behavior of the lead actresses made the series hard to make and the producers were facing a lot of complications.

One of them was charged for DUI which both ladies received. They also served jail time: Paris and Nicole both spent several days in prison.

In 2005, Nicole accepted her first movie role and she appeared in a comedy movie “Kids in America”.

In 2005  she was nominated for the Teen Choice Awards in the category of Best Female TV Personality.

During the next years, she appeared as a guest star in many TV series, from “Six Feet Under” to “8 Simple Rules for Dating My Teenage Daughter”.

In 2005 she had published her novel named “The Truth About Diamonds”, which was later adapted into a TV-series.

The Truth About Diamonds is a partially autobiographical novel and has some similarities with her life, but most of the story is fictional.

The novel came to 32nd place on The New York Times Best-Seller List.

She has released her second novel in 2010 and was named “Priceless”.

In 2010, Nicole appeared on a contest show Project Runway in the role of a guest judge.

In 2016, she went on an audition for a lead role in “Great News”, a sitcom which aired on NBC. She was not picked for the role but shews later chosen for the supporting role of Portia.

She was a part of the series for two seasons and was very well received by the viewers.

In 2019, she appeared in a comedy series “Richard Lovely”.

In 2012 she entered the world of business by releasing her own line of sunglasses named “House of Harlow”.

Nicole became a very successful model too and had appeared in magazines like Harper’s Bazaar, Marie Claire, Elle, and Teen Vogue.

She also has her own jewelry line named House of Harlow 1960 which was released for sales in 2008.

In 2010 she also released a clothing line and even her own line of shoes.

In 2009, Nicole ha a collaboration with a maternity store named “A Pea in the Pod” and has created a line of clothing for them. The name of the line was “Nicole”.

Her next release of clothes was named after her daughter Kate and was named Winter Kate.

Her great business skills brought her a title for the “Entrepreneur of the Year” in 2010.

She had also won the Glamour Women of the Year Awards.

In the summer of 2011, she had released her own collection of handbags named again House of Harlow.

In 2012 she launched a special collection made exclusively for Macy’s which was a huge hit in the stores and was sold in a short period of time.

In 2012, her perfume “Nicole” was launched in autumn. It was her first fragrance, and the second one came out two years later under the name “No Rules”.

She became the brand ambassador for a popular brand titled Urban Decay. She advertised their “Troublemaker” mascara.

In the spring of 2018, she released a limited edition of her collection for Urban Decay. the line was available only online.

In 2005, Nicole appeared to live on a TV show aired on ABC where she played the piano.

In 2010, she was invited to join the artists in recording a charity single “We Are the World 25 for Haiti” after the big earthquake there. She was very emotional about it since her father sang at the original song  “We Are the World”.

In 2013 she was featured on a music video for the single “Let There Be Love” performed by Christina Aguilera.

In 2019 she became a part of a comedy series “Grace and Frankie” with Lily Tomlin and Jane Fonda in lead roles. She plays the role of a pop star named Kareena G and she loved every part of this project.

Nicole dated Elijah Blue Allman in 2000. He came to fame as Cher’s son. They met each other at teenage celebrity children parties and is still good friends with him.

She was dating a popular DJ Adam Goldstein or DJ AM in the period from 2004 until 2006. They got engaged in 2005 but the relationship did not last. They even tried to work things out but it was not successful. DJ Adam later died of a drug overdose in his apartment in New York and it was devastating for her.

In 2006 she had a short relationship with an artist named Steve-O but the fling was a huge failure.

In 2006 she had a fling with Jeff Goldblum but it never became anything more, especially because Jeff is over 20 years older than her.

In 2005, the reporters found out that she is no longer close to her longtime friend Paris Hilton. They stopped every communication and neither of them spoke about the reason for the termination of their friendship. In 2006, Nicole and Paris reconciled.

She dated Brody Jenner for a few months in 2006, but this relationship had no future.

One year later Nicole started going out with Joel Madden, a singer of a group Good Charlotte.

They were blessed by their first child, a beautiful daughter in 2008, and soon after in 2009 with a son.

They named their daughter Harlow Winter Kate and the son was Sparrow James Midnight.

They got engaged in 2010 and married a while after, the same year.

She was involved in several controversies during her life. She was arrested in 2002, after being in a bar fight in NYC

In 2003 she was arrested for DUI and also for drug possession. This made her enter a rehabilitation center but also brought her three-year-long probation.

In 2006 she was stopped by the California Highway Patrol on the road and was charged with DUI charge. The charges were severe since she was seen driving in the opposite direction on the road.

She was driving while being under the influence of Vicodin and marijuana.

She was sentenced for four days in jail in the summer of 2007 but was in the cell for approximately 2 hours. She was released so soon because the jail was too crowded.

She had to enter an 18-month long program for drivers who drove under influence and had to educate themselves about the dangers of DUI.

Since she missed several of her anti-drinking classes her probation was prolonged for a year. The probation ended in 2010.

Nicole is known for her philanthropic character which came to the surface after she became a mother.

Together with her husband singer Joel Madden, she founded “The Richie Madden Children’s Foundation”.

She has done a lot of work with the Red Cross, UNICEF, Playing for Changes many more philanthropic organizations.

Nicole Richie is also a member of the board of Baby2Baby organization.

She likes tattoos so she has several tattoos like one of the ballerina slippers close to her bikini line, tiara, and wings.

She likes animals and has many pets, mostly dogs and cats. They are named Honey Child, Chi-Chi-Cheeta, Foxxy Cleopatra, and Gypsy.