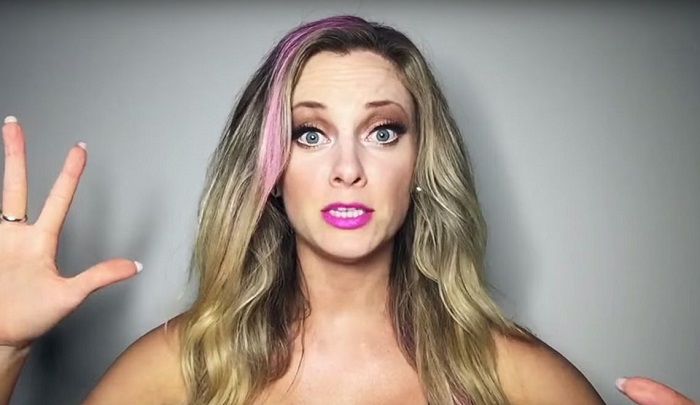 This article shows all there is to know about talented comedian Nicole Arbour, her net worth, private life and social contacts.

Nicole Arbour was born in Hamilton, Ontario on the 26th of June 1985. When she was a child Nicole began dancing and acting. In college she was the Captain of the Canadian All-Star Dance.

Nicole Arbour first appeared as actress is 2008 playing in movie “The Rocker”, also in “You Might as Well Live” (2009), and “Silent But Deadly” (2011). She starred in the television series “Howie Do It” in 2009, she also has two singles released and a music video.

In 2015 a video titled “Dear Fat People” caused a great controversy and gave a big publicity to Nicole Arbour. In the video she joked about overweight people being overprotected by society. Many people took it as an insult arguing the video was full of hate towards overweight people and that it endorsed fat shaming.

YouTube made the video unavailable for a while, claiming it violated the terms of service. Arbour got fired from an upcoming movie after the director Pat Mills saw the controversial video.

Nevertheless Nicole Arbour’s YouTube Channel exponentially grew and she as of May 2017 has 405 thousand subscribers and 46 million views.

There is very little information on Nicole Arbour’s personal life or family. The names of her parents are mentioned nowhere and it is unknown if she has any siblings. But she recently did do one comedy video with her father titled “Dad Reads My Mean Messages” where she presented her father just using a nickname Burndog.

Arbour had three boyfriends that we know of. From 2008 till 2009 she dated Travis Stanley, a guitarist of the rock band Art of Dying, and they were known as “Canada’s Coolest Couple”. After Stanley, Nicole dated a guitarist again – Matt Webb from the band Marianas Trench – for two years untill March 2014. In early 2015 Nicole was dating a fellow YouTuber from Canada Matthew Santoro for a while.

Nicole Arbour as an actress, comedian and YouTube personality has an estimated net worth of $350 thousand.

In January 2016 Nicole’s ex-boyfriend YouTuber Matthew Santoro posted a video claiming he had been physically and emotionally abused by Arbour. Santoro said Nicole was so jealous she manipulated him into isolation from friends and family. Nicole responded saying he was trying to use her to get attention on his YouTube channel.

Arbour is a huge fan of superheroes, comics and cartoons. Her wish is to make a comic of her own someday.

Nicole Arbour is called World’s Sexiest Comedian. She has thousands of followers on social networks and her YouTube channel with less than 100 videos has more than 45 million views.

Arbour is a multitalented charismatic beautiful girl who got major publicity after a controversial comedy video she made in 2015 called “Dear Fat People” where she mocked fat people, claiming society was far too protective over them. Today her net worth is estimated at $350 thousand.