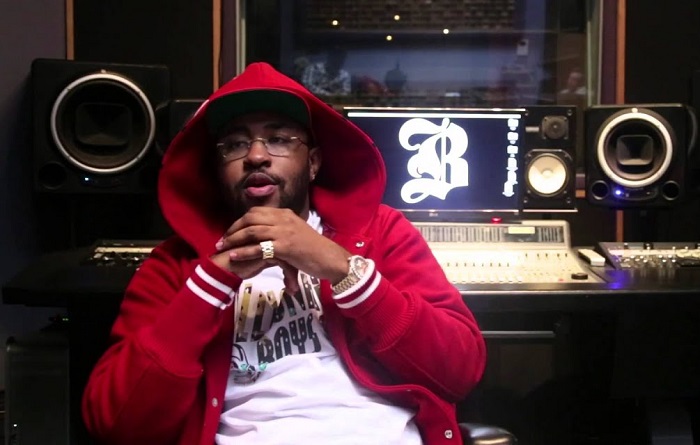 Mike Will Made it, called mostly Mike Will, is a known American rapper and record producer who became famous for his way of producing trap beats and music for several big artists such as Rihanna, Lil Wayne, and Beyonce.

He has also released several of his own mixtapes but he is very known for producing hits for other prominent music artists.

He was born as Michael Len Williams II on March 23, 1989, in a town of Marietta in Georgia in the United States of America.

He has two older sisters and was raised in a middle-class family. His father Michael is an executive in IBM but has also worked as a DJ.

His mother Shirley worked in a bank but was also involved in singing with a gospel group „Dottie Peoples“. That’s why Mike grew up surrounded by music. His uncle was a great guitar player and his sister played the drums.

He was always motivated to listen to music by his own family who appreciates music very much.

Mike always thought that he would become an athlete since he was good at basketball and football but his life took him elsewhere.

He got interested in hip hop very early and would often freestyle with his friends. He was 14 when his father bought him a beat machine as a Christmas present.

It seems that his father spotted his music talent when he was very young and wanted Michael to begin taking music more seriously than he did.

Mike Will Made It was a student of Carlton J. Kelly High School in a town Marietta, in Georgia.

Michael has developed his own beat in a period of two years and by the time he was 16 he was already visiting local recording studios selling his beats. He didn’t have much success in it but it will change very soon.

After one of his beat tapes reached Gucci Mane, he was invited to his studio. Gucci liked his beats.

He enrolled the Georgia State University after finishing high school but only because his parents wanted him to go to college.

He first paused a semester and afterward dropped out in the end because he wanted to focus on his career in music.

He often speaks about one of his classes called history of music which was difficult for him. He never knew the difference between Mozart and Beethoven but he knew all about the beats.

His parents were disappointed about it but eventually made peace with his decision because they have witnessed his big effort in music production.

Gucci Mane eventually heard his beats in the studio and offered him money for it. Mike began his collaboration with Gucci Mane and they soon became friends as well. After the success he made in producing his mixtape, he was offered to produce for other artists like Waka Flocka Flame and 2 Chainz.

We can say that Gucci Mane helped him launch his career and had great faith in his music production skills.

In 2011 he released „Tupac Back“ which was performed by Meek Mill and it came to number 31 on the Billboard chart. He produced some tracks for the Future and songs from his first album in 2012 titled „Pluto“.

By the end of 2011, Mike released his debut mixtape titled „Est. In 1989 (Last of a Dying Breed)“. In 2012, he made a collaboration with the Fader and released his second mixtape „Est. in 1989, part two“. It was featured by Gucci Mane and Waka Flocka Flame.

He has produced a lot of 2Chainz’s singles and his big hit with Drake titled „No Lie“, which was released the same year. This single was certified gold and have brought very positive reviews to him as a producer.

In 2012 he produced a single for Juicy J named „Bandz A Make Her Dance“. He also produced singles for Young Jeezy, B.O.B. and for Rihanna and her album Unapologetic. The same year he released his third album titled „Est. In 1989 2.5″ which had guest appearances from Gucci Mane, Rihanna, Lil Wayne and more.

One of his best production projects was „Mercy“ produced for „Cruel Summer“ released by G.O.O.D. Music. It was featured by Kanye, Pusha-T, Big Sean and „ Chainz and it became a huge hit. It came up to No.1 on Billboard’s charts. It also received two Grammy nominations.

In 2013, he produced a studio album for Miley Cyrus named „Bangerz“.

His worldwide success came with his collaboration with Miley and her single “We Can’t Stop”. This song became a huge hit and brought attention to him outside the US.

In 2013, he has released his single titled „23″ and made it in collaboration with Juicy J, Wiz Khalifa, and Miley Cyrus. He signed a contract with Interscope Records and his first album was about to be released through that record label.

HipHopDX made him the producer of the year 2013.

His collaboration with Yo Gotti was made available for streaming in a lot of web platforms in the summer of 2017.

At the same time his single titled “Rake it Up”, which is featured by Nicki Minaj has reached to number eight on the Billboard Hot 100 chart.

That mixtape named “Gotti Made-It” was nominated for Best Mixtape at the BET Hip Hop Awards the same year.

In 2017 he was nominated for three Grammy Awards, including the nominations for two Beyonce’s songs.

He says that he was always influenced by Dr. Dre and that he likes Shawty Redd, Pharrell and Timbaland a lot. Their music made an impact on the way he makes his beats.

In 2006, he formed his production company and named it EarDrummers Entertainment. In 2014, he signed Rae Shremmurd, also a big name in the hip-hop community, to his label.

His label has released an album titled “Edgewood”, made by Trouble.

His second release was “SR3MM” from Rae Sremmurd, a stage name for Swae Lee and Slim Jxmmi.

His collab with Rae Shremmurd brought him accolades and their music scored the top of the lists in the US.

He was nominated for a lot of Grammy Awards but only won the one for the best rap song in 2018. called „Humble“.

He isn’t only into Hip Hop since he listens to all kinds of music. He liked The Smiths, Cindy Lauper, and Pet Shop Boys.

He is very close to his two older sisters who supported him in his work.

It is very hard to find out something about his love life since he tries to keep it very private and enjoys that privacy.

Back in 2013, there were rumors that he hooked up with Miley Cyrus with whom he had a professional relationship.

Although they both claimed that they were only friends it seems that they may have had a short fling. After they attended several parties together, Miley was caught hiding in his car which eventually made her look guilty.

It seems that he is single now or he hides his love relationships very well.

One of his best friends is Jimmy Iovine, who was the first to tell him that he should start his own record label and sign the musicians he discovered and produces for to his own label.

Mike says that he likes everything that is rare:  that is why he wears Tom Ford shades, Christian Dior belts, and Balmain jeans.

He has an Instagram account with 2 million followers but he posts mostly about music and artists and very little about his personal life.