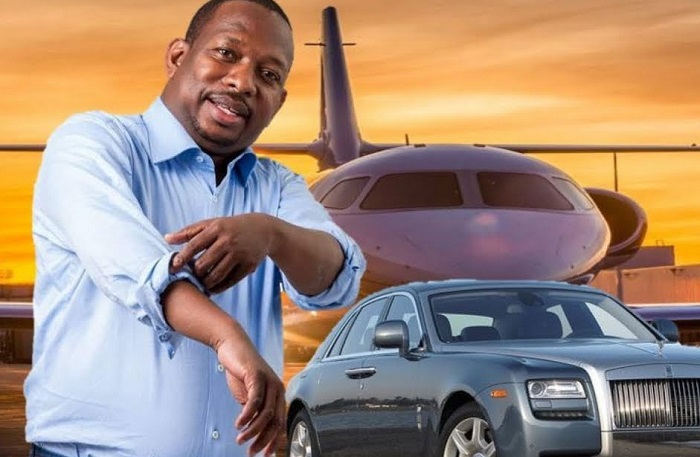 Mike Sonko, whose real name is Mbuvi Gideon Kioko Wam Mike Sonko is a known politician from Kenya who holds the position of the Nairobi Governor.

He is a very unorthodox politician and is quite liked for it but he is also very wealthy and under suspicion that he illegally earned some of his money.

He has a lot of fans but also a lot of haters especially because he lives a lavish life.

He doesn’t care about that, though, and he continues to spend his time living just the way he likes to.

He was born as Mbuvi Gideon Kioko on February 27, 1975, in the city of Mombasa, which is located on the coast of Kenya which touches the Indian Ocean.

Mombasa is one of the biggest cities in Kenya, and the only bigger city is the capital of Kenya named Nairobi.

He was born in a family where his father Gideon Kioko Kivanguli was a member of a Bantu ethnic group whose members are named Akamba people. His father originates from Machakos County. His mother is named Saumu Mukami Mbuvi.

There aren’t many pieces of information about his childhood but it is known that after finishing primary school he continued his education as a student at Kwale High School where he graduated from in 1992.

After finishing high school he enrolled in the Unity College of Professional Studies in order to gain himself the diploma in the area of Sales and Marker. He was very excited to be working there and his dream was finally going for the better!

He transferred to another university very soon, called Kenya Methodist University because he decided that he wanted to get himself a degree in a significant Bussiness Administration area.

His political rise started in 2010 when he eas elected to become a part of Makadara’s Parliament.

A little after that, Mike announced that he is interested in the position of a Senator in Nairobi County.

He spoke about it publicly and was never shy about his ambitions. He entered the run for Senator in the County of Nairobi and won it with more than 800k votes.

His strongest opponent had 300k fewer votes so we can confirm that Sonko won with a big vote difference. He got a pretty big ego boost because of this as well and many of his fans were starting to get annoyed by this.

In 2013 he rose huge attention after he claimed that he was aware of the threats of terrorism and that he warned all the security services about it several months before the attack on Westgate shopping mall.

One of the first things he did when he became a senator was to form a non-government organization called Sonko rescue team which offered various services to people in Nairobi, especially the one living in Slums.

The organization helped the poor people with crucial things like wedding and funeral arrangements or like helping them have better fire protection.

He ran for the governor of Nairobi County again in 2016 and won it, although this time the campaign was much more difficult and he was threatened by not only one, but two opponents named Peter Kenneth and Evans Kideno.

In 2019 Mike Sonko gained an honorary degree of excellence from EDU organization to honor his big contribution to the community and his goodwill in trying to help people who live in less fortunate circumstances.

Mike is known as a very unorthodox politician and he sometimes gets so excited about some arguments that he once threw a towel on another politician.

People working with him claim that it is very hard to endure his way of work. They claim that he drinks alcohol at work too. Especially difficult is that he doesn’t care about protocol or any procedures but he simply does everything his way.

He is very involved in various activities on social media platforms, from Facebook to Whatsapp. Most of the politicians have problems with being unable to find his source of wealth.

He is extremely wealthy and owns over 100 cars and several properties and buildings. He is also an owner of boutiques, shops, bars, and even video libraries.

It is considered that he has over $120 million net worth. He is considered to be one of the richest Kenyans today. Many people in the media think that he is using his position in order to be a “famous person from a poor country”. He says that he would never do that because he loves his country and family and he respects them a lot.

He claims that his first million came when he was just in high school and that he had invested in transport and other business. He also says that matatus bring him a lot of money.

He loves shiny things, especially golden things. He rose a huge controversy after he spoke at the funeral of Ken Okoth, a member of Parliament, where he declared his knowledge of the affair of Ken with another member of Parliament and the fact that they had a child together.

This was especially evil because Ken’s true wife had no children with him. This rose huge criticism, especially because the society in Kenya is quite conservative and deeply religious.

Sonko brought this up because he claims that the paternal responsibility in Kenya is outrageously dropping and that one-quarter of women are single mothers.

In 2018 he was called out for his controversial leadership which caused him to fire or suspend almost one hundred government employees whom he considered to be inefficient.

His erratic behavior was judged by many people and it is considered that his behavior can not go unsanctioned.

In 2019 he was accused of tax evasion but he is having no problem with it. He says that he will let the investigators do their job and that they won’t find anything wrong in his business papers.

Mike Sonko was married to a beautiful woman named Njeri Wangui but she died. They had a daughter Saumu together and she is his first child.

Njeri Wangui was his high school sweetheart and her death was very devastating for Mike.

Salma is the name of his second daughter and she is also very important to him. Her mother also died in 2015 so she lives with her father.

Satin Osinya is the name of his third child which was adopted.

In the summer of 2019, he was involved in a controversy regarding an article published by a Kenyan newspaper and demanded a public apology.

The newspapers claimed that he was released from prison back in 2001 because he was positive about HIV. The judge has released him three months earlier while serving his one year sentence.

He was so angry about the article in which newspapers published that he has sued the writer of the article.

He stated that this story had not only hurt him as a person and a politician but has also hurt his wife and kids.

He also stated that if the newspaper wouldn’t apologize that he would have to take this matter to court.