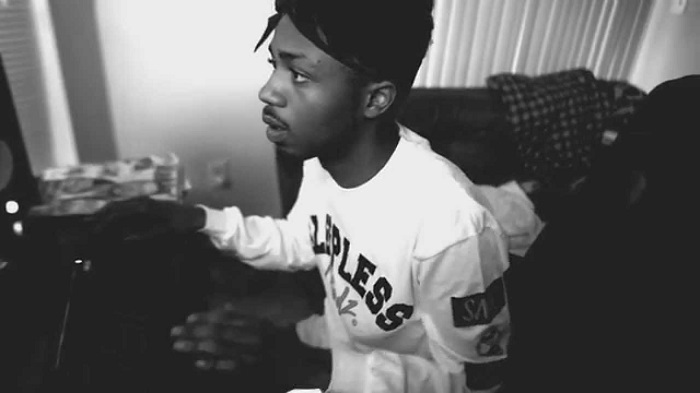 American songwriter and record producer Metro Boomin who is also a successful DJ is the mind behind recognizable instrumentals for hip hop artists like Ludacris, Nicki Minaj, Wiz Khalifa…

The 24-year-old music talent that’s been rocking it behind the scene has been named the Producer of the Year in 2016. Wondering about all those big and small moments that made Metro Boomin? Find out about that, Metro’s net worth and more in the following article.

As soon as he got a laptop, 13-year-old Metro started experimenting with software for music production called Fruity Loops. He had some music experience by playing guitar in a school band for a while.

He was into rap and only made his own beats because he needed something to rap over. Soon Young Metro realized he enjoyed making music more than anything else and turned his full focus to that passion.

He started from scratch teaching himself the basics by googling. But he was persistent with a strong belief in the talent he possessed. Leland promised his mother he was going to become a producer. So he tirelessly hunted down established rappers through Twitter offering them beats, often for free. Until it all paid off and Metro caught the eye of somebody important and influential enough to open him the doors to the stage. Leland met OJ da Juiceman, and the famous rapper introduced him as an upcoming songwriter, while he was still in high school.

Leland than took a more professional stage name. The first part of his name came from the MetroLink as they call subway system in St. Louis. The other part was given to him by OJ.

While working hard on his music, Metro never gave up on studying and kept his grades high, as he promised to his mom. Metro managed to enroll to Morehouse College, the private HBCU in Atlanta. He wanted to study Business Management but dropped out after a while, since he was more into music than studying. At the time a song he produced “Karate Chop”, by artist Future, became an unexpectedly huge hit. That was a turning point for Metro from which everything went uphill.

Metro began his career at the age of 16, after working on his music for three years. The young artist found himself in Hip Hop, R&B and Trap genres.

He was just 19 when his first mixtape came out titled “19 & Boomin”. Two more albums followed “Perfect Timing” and “Savage Mode”.

While still in high school, at the beginning of his career, Metro traveled each weekend from St. Louis to Atlanta by car to do music for big names like OJ Da Juiceman, Gucci Mane and Future. He would later move to Atlanta and make the list of his collaborations even bigger adding names like: Ludacris, Nicki Minaj, Juicy J, Wiz Khalifa…

Metro was the executive producer for Drake and Future’s collaborative mixtape from 2015 titled “What a Time to Be Alive”. He also worked on Future’s 2016 mixtape.

Metro Boomin was the Producer of the Year 2016 at the BET Hip Hop Awards. At the beginning of 2017 one of Metro’s songs made it to number one on hit lists – song called “Bad and Boujee” with Migos.

Metro was in the 3rd grade when his parents split up. His father Lamont still lives in St. Louis, but they haven’t spoken in years. Metro is very close to his mom who supported him through his career attempts right from the start. Leland has four siblings.

Boomin has a girlfriend named Chelsea and it’s a steady relationship dating from high school and the 12th grade. Only Chelsea and his mother call him by his real name.

Nothing one can say about Young Metro illustrates his success better than his earnings. Metro earned himself a net worth of $6 million at the age of barely 24 and it’s all thanks to his talent for music and his endurance in pursuing that dream.

Metro’s mother Leslie drove him on his first 8-hour trip to Atlanta to meet with OJ Da Juiceman in her Camry.

Metro briefly had the stage name Lil’ Mont, after his father Lamont. The father worked at Lowe’s when Leland was a kid and used to bring bird cages home that the two of them assembled together.

When he moved to Atlanta for College, Metro spent most of his time at a fellow producer’s house. Sonny Digital’s house on 516 North Ave was the place where talents like Migos and Rae Sremmurd used to gather and record.

Kanye West and Dr. Dre, Pharrell are amongst Metro Boomin’s role models. Outside of hip hop he admires Michael Jackson for his style.

Metro started up his own scholarship fund, as he wanted to give underprivileged kids the chance he himself threw away when he gave up college. He gave lectures at the Red Bull Music Academy about his experience climbing up in the world of music. He even has a YouTube tutorial about making beats.

Besides writing songs, Boomin did his own tour merchandise design once and it sold out immediately. He is working as a DJ for two years now.

Metro Boomin’s name is mentioned in three songs: “Some More” by Young Thug, “Tunnel Vision” by Kodak Black and “Right Now” by Future with Uncle Murda.

Metro’s next professional goal is to get his new album on the Top 10 list.

The 24-year-old American record producer Metro Boomin who writes instrumentals for famous hip hop artists like Ludacris and Wiz Khalifa earned a Net Worth of $6 million.

He is recognized as the Producer of the Year in 2016 and followed closely by 2.5 million people just on Instagram, not to mention other networks.

Leland Tyler Wayne started out as a regular musically inclined child but managed to travel a long way from the streets of St. Louis to the hip hop spotlights of Atlanta. Come to think this young millionaire was once a teenager with a keyboard pestering famous rappers over Twitter offering his beats for free.

Metro is in a long-term relationship with a girl named Chelsea.