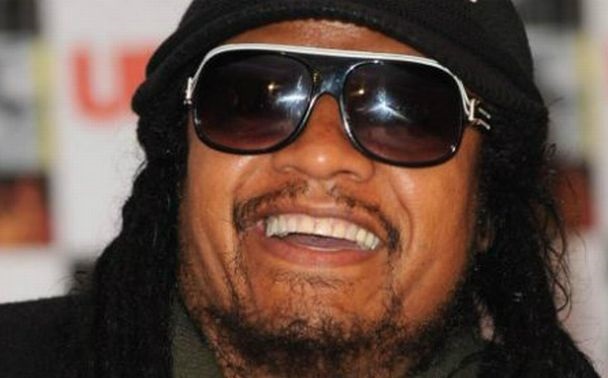 Maxi Priest is a known English reggae musician whose roots lay in Jamaica. His genre of music is reggae fusion, made of mixing reggae with the R&B music style.

He has been nominated for the Grammy award in the category of Best Reggae Album twice in his career. This has been the biggest achievement of his career and he was very proud of it.

His current net worth is somewhere around $5 million, and it continues to grow with his music getting more and more sales.

He was born as Max Alfred Elliot on June 10, 1961 in the part of London, called Lewisham, which lays in the Southeast of the city London, the capital of the UK. He says that when you’re born in the United Kingdom, you get quite a lot of chances and you have to be active all of the time in order to get the best ones.

He grew up in a very big family of nine siblings. His parents immigrated to England from Jamaica in the late 50s because they wanted to give their children better chances in life and better education. He said that he misses his home in Jamaica and that he would love to spend more time there, but he has to move around and work on his career more.

They were farmers in Saint Elizabeth and were very hard-working and they came to England trying to find a better life for them. They wanted to give him a very good future and he was looking forward to a bright one.

His parents were religious and he started going to church from an early age. The consequence of it was that Max started singing in the Church and he loved to do it. He said that it gave him confidence and it made him feel as if he had a greater purpose. Because of that, he continued his work in singing and he became a pretty famous artist.

His mother, who was a member of the Pentecostal church also loved to sing and was very happy with Max doing the same.

In Max’s childhood Jamaican singers left the biggest impact on him: Gregory Isaacs, John Holt, and Dennis Brown were the most listened artists at his home. Many genres and artists went through his days but he said that the biggest influences he has had were always his parents.

But the family also liked to listen to the Beatles, Phil Collins, and Marvin Gaye. These were some of the best musicians of that time, so it’s no wonder that he liked them a lot.

In 1976, Saxon Studio International began its work in the part of South London called Lewisham. Max was 15 years old at that time. He started singing on this sound system and that was the beginning of his career.

After having success in performing in clubs and at community event he started performing solo and releasing his singles independently. He said that it was a great risk to take, but he was ready to do it in order to possibly succeed and live the life of his dreams.

But it was in 1988 with his 3rd studio album released through a major label called Virgin Records that Maxi Priest became one of the most respectable reggae singers in the UK.

In July 1990 he had released the lead song from his new album named “Bonafide”. The album’s song “Close to You” went as high as No.1. on the US Billboard Hot 100 chart and brought him wide recognition. It also topped the charts of Australian and UK.

This means that only Maxi Priest and UB40, representatives of British reggae music, made it to the top of American Billboard charts.

In 1991, he also had a big success with a song called “Set the Night to Music” performed by Robert Flack where he appeared as a guest. This song also entered the Top 10 song.

In 1996 he also appeared on the US charts very high with his collaboration with Shaggy. The two of them made a duo named “That Girl”. He said that working with Shaggy has been a phenomenal experience because he has, besides gaining fans and fame, met a great friend in him.

His later work was mostly oriented on collaborations with various artists such as Shaggy, Apache Indian, Shabba Ranks and more. He best thing, he says, would be the dinners they had together after working on an interesting project.

In 2006 Maxi started collaborating with UB40 which resulted in him joining their tour in 2007. The concerts were mostly sold out confirming both the popularity of the band and Maxi and how much people in England enjoy reggae music.

There were even rumors that he is going to become the lead single of the group but that didn’t happen. He never addressed these, possibly because there was a bit of tension still going on. Fans wanted news, but they never got any juicy details.

The UB40’s lead singer Ali Campbell was replaced by his brother Duncan in the same role. He continued his collaboration with the band and they have recorded a lot of material together. It was a very interesting collaboration that the media was all over, but they managed to keep it a secret until the end until the very project was released.

In 2012, Maxi Priest collaborated with a Japanese rock band “L’Arc-en-Ciel” on their tribute album and a song named “Vivid Colors”. He said that he always likes to experiment with new genres and styles and that he would love to do even more “weird” collaborations.

One year later, in 2013, he made a remix of a popular Hindi song called “Kabhi Jo Baadal Barse”. He did it alongside Rishi Rich and Arijit Singh. He said that it was interesting to come across Hindi music because he never thought that he would be doing a project in that genre.

2014 brought Maxi Priest’s new album called Easy To Love, with the same-named lead single. It did pretty well on the charts considering that he wasn’t too popular amongst the young people of this era.

In  September 2019 he had released a new album featuring Shaggy, Bounty Killer and Inner Circle. The frontman of a popular group “Inner Circle” is his cousin named Jacob Miller. He was happy that after all of the years that went by, he is still working with some of his best friends and those who had introduced him to the industry.

The album is named “It All Comes Back to Love”.

He has three children but was never married. One of his sons is named Marvin Cornell Elliot and he is his firstborn son who came to life in 1981. Marvin is a musician and a singer like his father. Maxi says that he is very proud of him and although he did not marry his mother, he feels like they are a family.

Che Elliot and Ryan Elliot are his other younger sons and he is close to them also. He wishes he could spend more time with them, but he is very busy all of the time with all of the traveling and the stuff he has to do on the road.