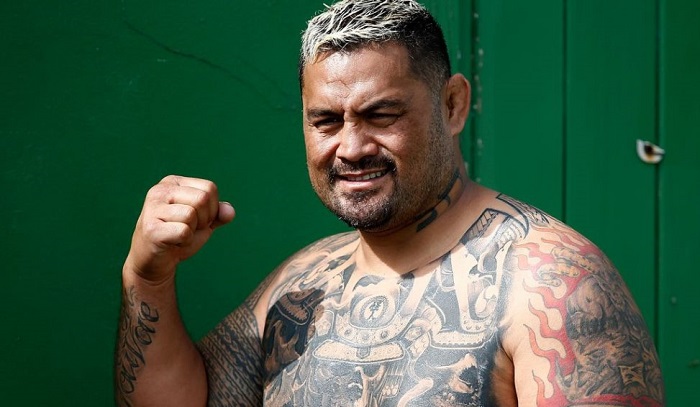 Mark Hunt is a known mixed martial artist coming from New Zealand and running by his nickname „Super Samoan“.

He is a current member of Super Heavyweight Division in both Kickboxing and MMA. His greatest achievement was to win the 2001 K-1 World Grand Prix.

His another nickname is the “King of Walk-Offs”.

He was born as Mark Richard Hunt on March 23, 1974 in South Auckland, New Zealand. He was a mmber of a large family which caused him to search attention more than he should.

During his childhood he was very active but also troubled. He was often facing problems with school teachers, parents and other peopče who found themselves telling him what he should do.

He was very young and still already had two jail sentences due to his violent behaviour. His problematic behaviour ended up being very tough for his parents to manage.

Having a career as a fighter never crossed his mind but he was lucky to be accidentally discovered because who knows what his life would be today.

One night, when he went to a clubm he entered into a fight outside the club which led him to knock-out several people with whom he was fighting. That is how he caught the eye of one of the nightclub bouncers named Sam Masters who was very impressed and told him to come to the gym so he could train.

It was just seven days later that Mark won his first fight in a Muay Thai kickboxing match, and he did it by knockout. It was very impressive that he did this and people started to wonder how much can Mark actually do.

Mark moved to Sydney the same year, where he began his training with Alex Tui, and several years later he became a member Liverpool Kickboxing Gym, run by Hape Ngaranoa.

It changed in 2001, after K-1 Oceania was promoted and Mark could enter his first tournament with his high score of winnings.

He won the K-1 Oceania title by knocking out “The Coconut Crusher” Aumitagi in quarter finals, Rony Sefo in semis and Phil Fagan in the finals. After this he was invited to Japan for K-1 qualifications. He lost his first international fight by unanimous decision against Jérôme Le Banner.

He joined  K-1 World GP 2001 in Melbourne, and won against Hiromi Amada, but lost against the champion Ernesto Hoost. His style of fighting was very well liked so he was still invited to the K-1 World GP 2001 Finals, no matter his loss.

He fought against Ray Sefo, but Ray won by outpointing Hunt who injured his eye. The injury was serious and Ray could not continue his fights so mark took his place.

After beating  Adam Watt with KO, he was in the Finals which took place in Tokyo Dome. He liked to move around.

After defeating  Jérôme Le Banner, in the quarterfinals,  he knocked out Stefan Leko.  He came to the finals where he won a Brazilian fighter Francisco Filho and became  the K-1 World Grand Prix 2001 Champion.

In 2002, he had a major fight with Le Banner again, which resulted with the two of them knocking out one another, but eventually Mark’s corner threw the towel because he couldn9t continue the fight.

As for his Mixed martial arts career, he fought in Japan’s Pride Fighting Championships. His biggest success at the beginning of the career was winning against the middleweight champion Wanderlei Silva.

At the PRIDE Shockwave 2005 he defeated Mirko Cro Cop and after that defeated  Yosuke Nishijima. Mirko is known to be a great fighter from Croatia and he was at that time pretty experienced.

At  PRIDE’s 2006 Open-Weight Grand Prix in 2006 he defetaed Tsuyoshi Kohsaka, with TKO but lost a fight with  Josh Barnett. He also lost his match against Fedor Emelianenko.

In  2008, he faced a great fighter named  Alistair Overeem but lost the fight by submission. It was surprising.

The first time he was knocked out by another fighter with punches in the head was at Dynamite!! 2008 in a match against Melvin Manhoef.

In  2009, Mark fought against Gegard Mousasi at Super Hulk Grand Prix and  lost by submission ver early in the first round.

His first fight in the UFC was in  2010 against undefeated  Sean McCorkle. He was defeated by submission in  the first round.

The first win in this year was in the fight Chris Tuchscherer at UFC 127 in Sydney.

In  2013 he defetaed Struve at UFC on Fuel TV 8. This was a great feeling, he later stated in an interview.

He fought against Junior dos Santos the same year,  at UFC 160, and although he lost the match , both fighters gained  Fight of the Night honors due to the great match they played.

Hunt fought against  Antônio Silva at UFC Fight Night 33 and they both were great, so it was a majority draw and both Hunt and won their bonuses.

In the next two years, he fought a number of fighters such as Frank Mir (who later failed at drug test) and others, and eventually changed his mind and signed a new contract with UFC, again for six fights, and with several million added.

In 2017, Hunt lost his match against Alistair Overeem at UFC 209. He lost it by knockout .

Hunt won the match against Derrick Lewis and Hunt received the  Night bonus award. He was very proud of it and enjoyed the fight a lot.

He was going to fight against Marcin Tybura in 2017 but was pulled out of the fight by UFC who had some worries about his health, due to some memory loss he experienced and his problems with speech.he lost the fight against Alexey Oleynik UFC Fight Night 136 in 2018.

Mark Hunt was the main topic for a documentary titled  „The Art of Fighting“ which was made in 2013, by home Australian Network.

He also had a small acting role in a movie „Crazy Murder“, also made in Australia. He said that he would like to get involved into more movies during his life, but he has to focus on different things now.

Although Hunt was born in a Mormon family, he later became Christian. It was a feeling he always had, he stated.

He was first married to a woman with whom he had two children (Aurora and Sierra) , but now he is in a second marriage with his wife Julie, whom he met in met in 1994. They have four children together.

He had a family tragedy in 2014, when his older brother John killed himself. It was really tough for him to recover from this.

In 2015, Hunt became a vegan. He was motivated to do it after seeing  the treatment of animals on  a factory farm. Actually, he turned to vegeterian, because he couldn’t be completely vegan due to his career.

He drives a BMW and has a big house outside the city.